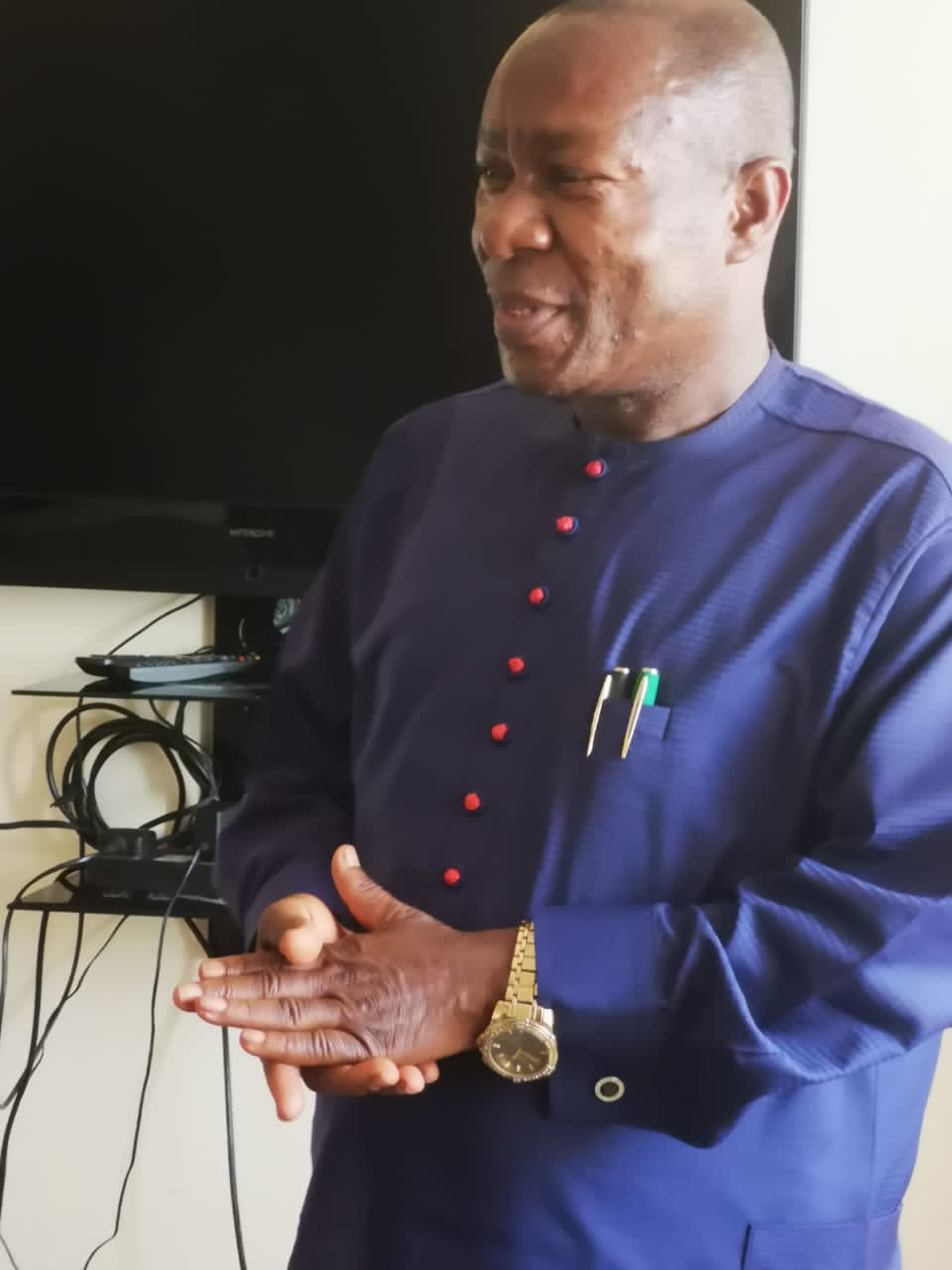 The Abia State Commissioner for Housing, Elder Chinagorom Nwankpa has enjoined staff of the Ministry to shun absenteeism and other acts inimical to the Civil Service rule.

In his remarks during his maiden meeting with the management and entire staff of Ministry of Housing, Umuahia, Elder Nwankpa maintained that it would be irrational and unjustifiable to earn salaries without working for it.

Elder Nwankpa who further restated his promise to work with the staff of the Ministry as a family, acknowledged the show of love and kindness he received from the Permanent Secretary and Management, the very moment he was designated as Commissioner for Housing.

He seized the opportunity to thank Governor Okezie Ikpeazu for posting him to Ministry of Housing, and promised that with the cooperation of everyone, the Ministry will be taken to a greater height.

Earlier, the Permanent Secretary, Ministry of Housing, Engr. Thomas Okoro encouraged the staff to be at their best behaviour in order to give the new Commissioner an enabling environment to achieve his goal of moving the Ministry forward.

In a vote of thanks, the Ministry Staff Welfare Chairman, Arc. Kelechi Obasi, expressed great delight and joy to God, as well as to Governor Ikpeazu for posting Elder Nwankpa, who he described as a man of vision and purpose to the Ministry.

In another development, in a positive step to maintain his words of leaving the housing ministry better than he met it, the Commissioner for Housing, Elder Chinagorom Nwankpa and management team of the Ministry has paid an unscheduled visit to the Commissioners’ quarters and International Conference Centre in Umuahia, respectively to ascertain the level of works ongoing.

Speaking during the visit, Elder Nwankpa charged the Contractor handling the renovation works at the international conference to expedite action and ensure the work was finished in good time.

Elder Nwankpa further enjoined the Contractor to do his best and ensure that the conference centre is given a face lift.

Responding, the contractor thanked the Commissioner and his team for the visit and promised to deliver in good time.

Similarly, Elder Nwankpa also paid a visit to the Commissioners’ quarters to ascertain the number of buildings and for allocation to the newly sworn in commissioners.