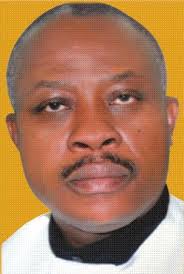 Since the inception of the present democracy in 1999, Abia state has been described as unfortunate in terms of who oversees the affairs of the state.

This, according to some analysts was because those who mounted political positions were judged based on their acclaimed philanthropic gestures.

No wonder Abia State has remained stunted in terms of development and the people divided along ethnic lines.

The reason behind the stagnation they say was as a result of the parochial nature of the leaders as well as winner take it all syndrome.

This failure of leadership has made Abia state a laughing stock among committee of states. Aba has at different times been described as the dirtiest city in Nigeria while Umuahia the state capital goes with the aperlation of a glorified village.

Therefore, as another election year approches, Abians are said to be politically alert to their responsibilities especially electing the next governor. Weary of bad governance, Abians are looking beyond ethnicity to elect a man/woman with sound pedigree and good track record.

High Chief Ikechi Emenike, falls into this category, as he has over the years shown that his major interest for viaying into politics was to transform lives and improve the infrastructural architecture of the state.

Emenike, has proved that he is above ethnic sentiments as could be attested to by many Abians who have enjoyed unending generosity. He has given several board appointments to those who may never dream of attaining such position, thousands have been given scholarships, Federal jobs and seed funds to start their own businesses.

High Chief, as he is popularly called do not believe in given one fish but in teaching people how to catch it. Like many politicians who believed that laying is NORMAL, Emenike do not take it lightly with layers, no wonder many who could not cope with his upright nature always find ways to castigate him.

Ordinarily, Ikechi Emenike would not have ventured into the murky Waters of politics as politicians are seen as people with no consience, those with no ATOM of truth in them, but according to him “politics has been messed up because good people refused to join it and left it in the hands of political charlatans”. He said.

Emenike, has shown character and consistency after joining a party that many people in his state adjudged in 2015 as a Fulani party. Despite all that, he continued to forge on using his hard earned money to mobilize people.

It is on record that he was the only chieftain of APC that tranversed all the 17 local government areas canversing support for the re-election bid of President Mohammadu Buhari. An act that earned the party huge vote making it the main opposition party in the state.

Apart from his uprightness, he is a compassionate leader whom the plight of the people touches. Emenike is a graduate of Economics from University of Jos with career paths that are stable, traceable and verifiable.

He was a public servant, former University lecturer, former Editor and a publisher. High Chief Emenike was Editor of now defunct New Breed magazine, very popular in the 70s and 80s. He was also Editor with West Coast Communications Limited, Publisher’s of Bilingual Business in ECOWAS.

At this point in the political history of Abia only a man with experience, a man with the milk of kindness, a man of truth, capable of preventing the sharing of state resources can rescue Abia, and that man who Abians want is High Chief Ikechi Emenike.