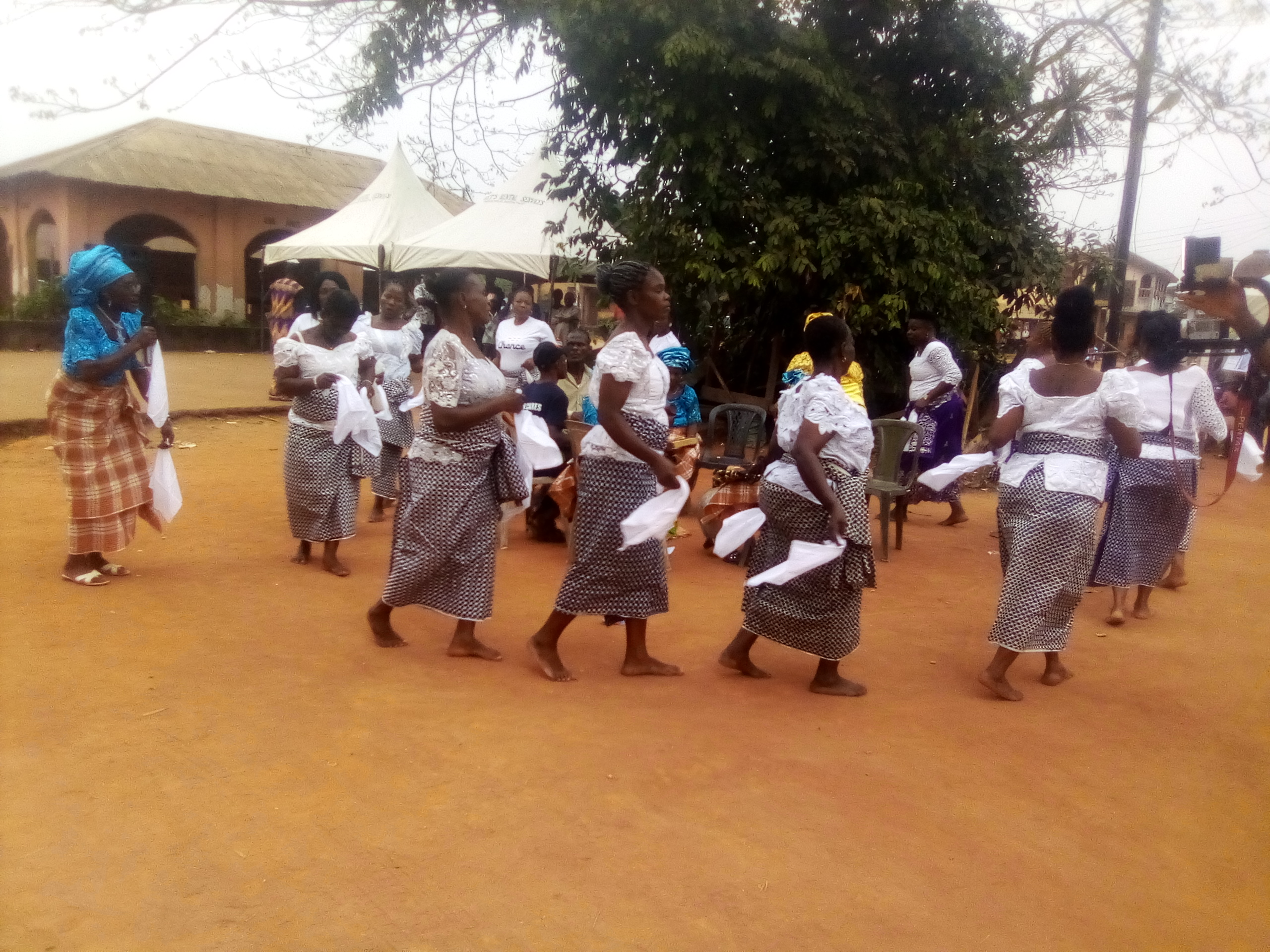 The traditional ruler of Uzi-Amizi autonomous community Olokoro clan in Umuahia South L.G.A, of Abia State, Eze Cyril Ogbenna has maintained that positive peace remains the cornerstone of every community’s development as it comes along with unity, positive thinking, and collaboration for the common good of the people.
In his speech at the Eboh Square Uzi-Amizi during the year 2021 Uzi Day celebration and his 20 years on the throne anniversary, Eze Cyril Ogbenna further pointed out that peace enriches communities and individual lives and provide a cornerstone for attaining a sustainable community life.
Eze Ogbenna who also said that positive peace is a useful overarching measure of progress in the community, informed that peace and security is an essential factor of human life, as according to him, a peaceful and secure environment is critical to every community since it affects all.
Eze Ogbenna who prayed for peace and progress in the land, vividly recalled that in the year 2011, during his 10th year on the throne/Uzi day celebration, there were tension everywhere with security vehicles and personnel situated at every corners and appreciated God that the year 2021 Uzi day celebration was done in a serene and peaceful atmosphere.
Presenting an address, the President General of the community, Mr. Oriaku Lucky Jerry who went down memory lane to recall all the hiccups the community passed through, encouraged Uzi-Amizi people that, “This is the time to mend fences and not for war”.
According to him, “For peace to reign in Amizi, we must form a synergy with our brothers from Amizi Epe, in order to reduce all the skirmish here and there”.
His words, “I will take it upon myself to preach peace between the two traditional rulers for harmonious coexistence.
“We should bear in mind that every difference of opinion is not a difference of principle. We are called by different names, brethren of the same principle. We are all the same. I sincerely say this to my people, I am loath to close, we are not enemies but brothers. We must not be enemies. Though passion may have strained it, but must not break our bonds of affection”.
Mr. Oriaku harped the urgent need for the two communities of Uzi-Amizi and Amizi Epe to come together to fight youth restiveness which include: cultism, drug abuse and the new wave in town called ‘Mkpuru mmiri’.
Respectively, the Chairman of the occasion, Mr. Mobutu Dube and and a former Senior Special Assistant to Governor Okezie Ikpeazu on Grassroots mobilization, Chief Chibueze Onyemachi, who is also an in-law to the community encouraged the community to always go for peace and harmony for the overall progress of Amizi.
The event featured the conferment of chieftaincy titles on some distinguished personalities who include the member representing Umuahia South state constituency, Hon. Jerry Uzosike who was confered with ‘Omereoha 1’ title among others.
The Chairman of Umuahia South LGA, Dr. Humphrey Benson accompanied the member representating Umuahia South State Constituency, Chief Jerry Uzosike to the Uzi day celebration.