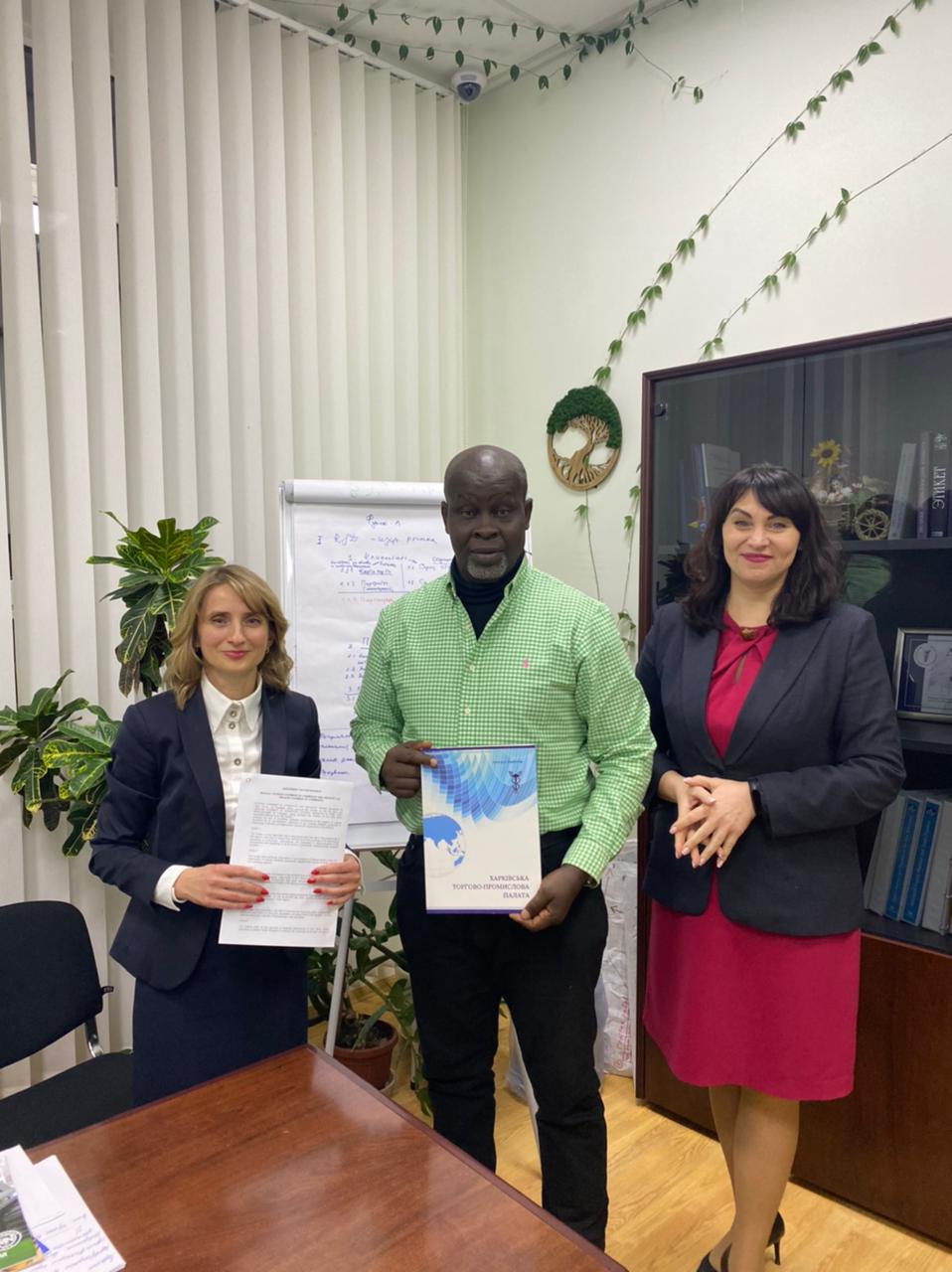 Viktor Zverev, President, Kharkov Chamber of Commerce made this intentions known, following a Memorandum of Understanding signed between the organization and UCCIMA at Ukraine.

The Kharkov Chamber of Commerce and Industry is a local organization of businesses and companies in Karkhiv with the intention to develop and further the interests of local companies and businesses in Ukraine. Many
businesses are international operating companies with offices in Ukraine.

Viktor Zverev described the new relationship as a big accomplishment, disclosing that the organization had longed to enter the Nigeria market and the MoU entered into with the UCCIMA has created the needed business window.

Speaking also, Inna Kautna, Vice President, Kharkov chamber of commerce said the organization is willing to bring her partner members to move down to Umuahia, Abia State to explore and boost the trade and investment opportunities.
According to her, Kharkov Chamber of Commerce has been looking for investment opportunities in Africa, even as she appreciated UCCIMA for being the first from the continent to enter into partnership with the organization.

In his speech, the UCCIMA President, Chief CHIDI NKEM-ARUOMA said the essence of the MoU was to build a working relationship between member companies of UCCIMA and that of Small, Medium and Big companies in Ukraine.

Aruoma described the meeting as not only a big plus to UCCIMA but Abia and Nigeria in general, as it will expand the horizon, attract partnership between the companies and investment opportunities it would yield.

“Ukraine is rich in the production of vodka, spirit, biscuits, chocolate, solar renewable energy and agriculture. They will see how they can help Abia State in boosting the production of wheat and other cereals and also expose Abia farmers to Agricultural Best Practices”, Aruoma said.