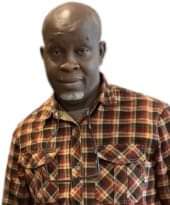 In his felicitations, the UCCIMA President, Chief CHIDI NKEM-ARUOMA described Sir Oko Chukwu as a grassroots politician and a lover of Abia State and its residents.
Aruoma appreciated the Chief celebrant for his sacrifices and for believing in the Gov. Okezie Ikpeazu government’s ability and capacity to change the fortunes of the State positively.

According to Aruoma, the deputy governor’s investment in promoting democracy and good governance through sharing of wisdom andexperience with political associates, would always be appreciated and remembered.

Aruoma maintained that honour and glory is the essence of all public efforts and observed that this, Sir Oko Chukwu has earned as a result of his effectiveness and consistency in contributing to the development of Small and Medium Scale Enterprises and Abia state.

The UCCIMA President who disclosed that Sir Oko Chukwu is also a Patron of UCCIMA, recalled the meritorious service rendered by Sir Oko Chukwu as a Legislator in the State House of Assembly; serving at different committees including the Speaker of the House.