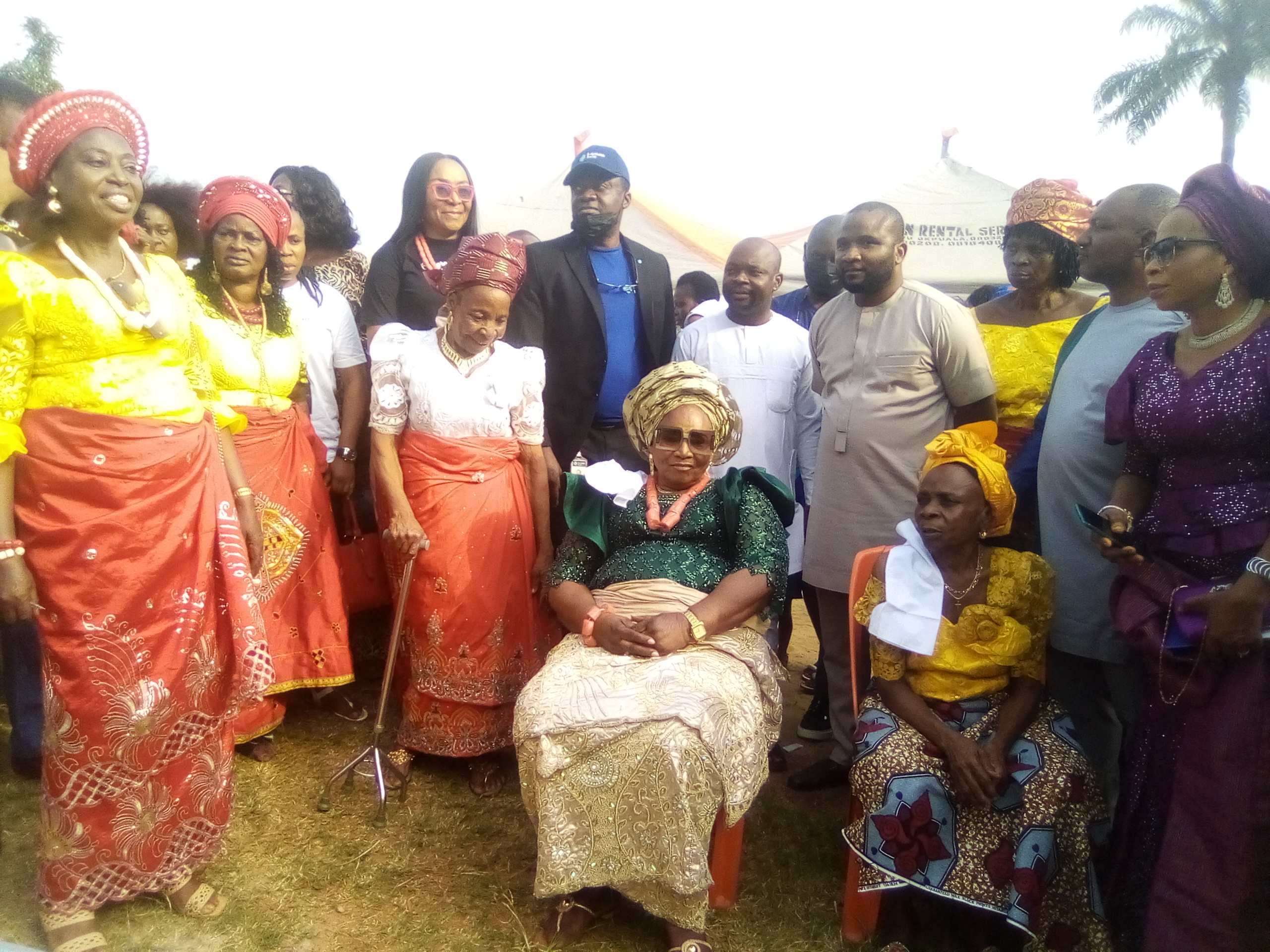 It was a recognition of sterling performance and selfless service to humanity as Umuokoroala Okpuala Women’s wing, Thursday, celebrated the maiden ‘Igboto Ogu’ (traditional retirement) of Elder Mrs Chinyere Ukeagu and others who have contributed immensely to the progress and development of the community.

Speaking in his residence at Umuegwu-Okpuala-Afugiri, Umuahia North L.G.A, of Abia State shortly after the award giving/special recognition and retirement (Igboto Ogu) of Obimba age grade, Mr. Kenneth Ukeagu, who is the first son of the celebrant, revealed that the inspiration of connak foundation came from his mother.

According to Mr. Ukeagu, it was the good seed planted and positive ideas impacted/imparted in him by his mother that gave birth to the Nongovernmental organization, Connak foundation, which has affected positively not only Abians and Nigerians but the global village.
He recalled with passion and nostalgia, how his mother after serving meritoriously in the civil service, used her gratuity to touch lives.

“My mother is a very wonderful woman, a great woman she is. She is my first girlfriend, my mother and my everything”.

Earlier in her welcome address during the award giving/special recognition and retirement of Obimba age grade, which took place at Umuokoroala Okpuala civic hall, the Chairlady, Umuokoroala Okpuala Women’s wing, Ugwudi Joy Akum Utah stated that they were happy to retire their Obimba age grade and to celebrate their “Par Excellence Mothers”, who served as a mirror to them.

She also stated that she was delighted and excited to be among the body that celebrated “These Amazons” and expressed optimism that she would be celebrated by others during her own time.

Also in a brief speech, the Chairman of the occasion, Mr. Kenneth Ukeagu who was represented by Mr. Charles Ukeagu lauded the women for thinking outside the box and come up with the maiden edition of the Igboto Ogu celebration.

Speaking shortly after she was honoured with ‘Nneoha l’ award, Elder Mrs. Chinyere Ukeagu described the event as an avenue to rejoice before the Lord; even as she appreciated the women group and the entire community for celebrating her while she was alive.

Some of the daughters of the community including the CEO of Connak foundation, Mrs Carol Emeka Sunday were honoured with ‘Ada Eji Eje Mba’ award for the positive roles they played, which also sustained the community immensely during the advent of the novel coronavirus (COVID-19) and beyond.