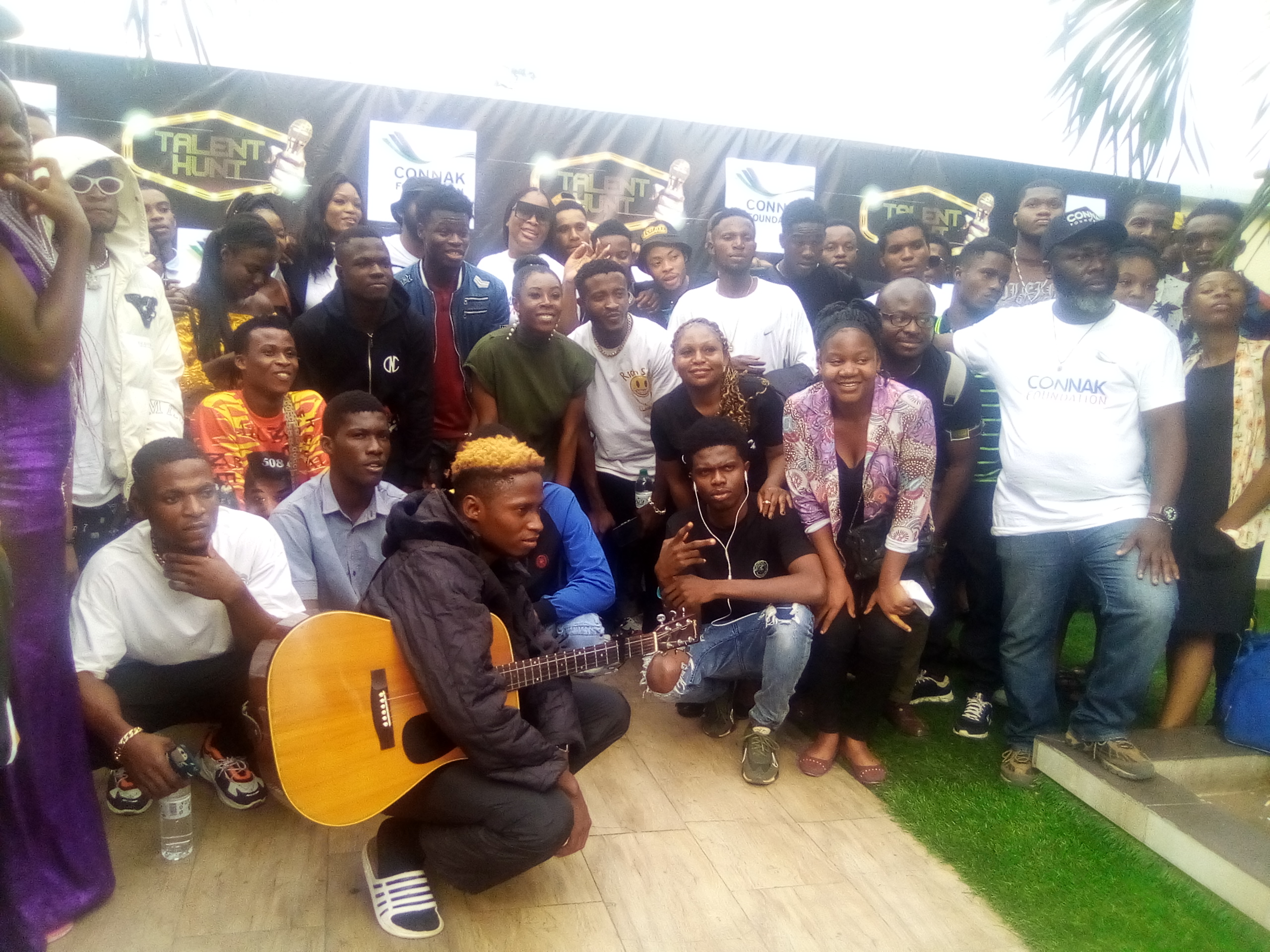 Talent Hunt: Connak Foundation Doles Out N1.5 Million To Winners …We are giving Abia Youth the platform to stepup their games in the entertainment world – Project Manager

A Nongovernmental organization, Connak Foundation has doled out N1.5 million naira with other mouthwatering offers to the winners of the year 2021 Talent Hunt (Singing competition) held at Rixos Continental Hotel, Umuahia, Abia State.
The talent hunt heralded the Connak Foundation Youth Arise Concert, which will take place at Umuahia township stadium on the 1st day of January, 2022.
To ensure that a thorough and fair job was done, the foundation went above and beyond to gather around experts in the music and entertainment industry who have experience in the art of recognising and making musical geniuses, who include: Benjamin Omesiete; a talented singer and songwriter, Queen Esther Douglas among other judges.
The 62 upcoming artists passed through the hurdles set by the judges which include vocal strength, character, attitude on stage, audience engagement, stage performance, charisma among others, which also saw 52 of them eliminated after the first stage and subsequently the second stage where the winner, the first runner up and the second runner up emerged respectively.
The 50th entrant, Ajike Prince Dennis emerged winner with the cash prize of N700,000, followed by the 1st runner up, the 20th entrant, Miss Precious Ifeanyichukwu from Umuahia, Abia State, who won N500,000 and the 52nd entrant, Miss Mary Okeke from Orlu, Imo State, who smiled home with the the sum of N300,000, as the 2nd runner up, according to the results announced respectively by Benjamin Omesiete and Queen Esther Douglas.
In his speech shortly after he was announced the winner of the competition, Mr. Ajike Prince Dennis who went emotional appreciated Connak Foundation for thinking outside the box and coming up with positive steps to fish out talented youths and to promote and project them to the world of entertainment.
Respectively, the first and second runners up, Miss Precious Ifeanyichukwu and Mary Okeke appreciated the foundation for giving them the privilege to participate in the competition.
Earlier in her speech, Mrs Cecilia Agu, the Project Manager for Connak Foundation Talent Hunt said the foundation created the programme to engage the youths to showcase their natural talents and flair for music.
She disclosed that through its findings, the foundation observed dearth of talents in the music and entertainment industry and the youths with the flair for music, no platform to use and stepup their games.
Armed with such findings, according to Mrs Agu, the foundation in 2019 created the event with credible platform to getting the talented youths see the future.
Her words, “We are giving them the platform and necessary support to up their games and we want to be proud to be the people who picked up these youths with vision and better their lives”.
Mrs Agu who encouraged all the participants on hardwork and self-confidence, announced that the best three in the talent hunt would be given the opportunity to perform on the stage alongside notable Nigerian musicians at the Umuahia township stadium on the 1st January Youth Arise Concert.

Connak Foundation had through its arm Rapid fm held carol and praise night at St. Stephen’s Anglican cathedral, Umuahia on the 23rd December, followed by camp night for ICT class of 2021 on the 24th December.