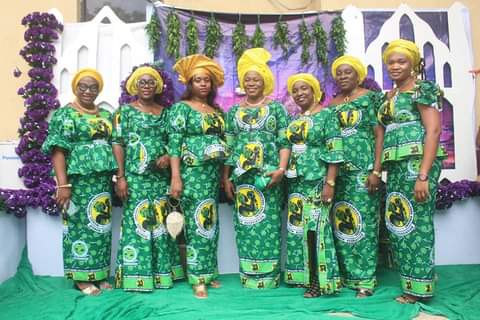 Critical Stakeholders who gathered at the Michael Okpara University of Agriculture Umudike, MOUAU for the official launch of the University’s Women Association, MOUAUWA uniform and Maggi Women Forum have called for more entrepreneurship skills for women, to enable them to be self reliant and contribute meaningfully to the nation’s economy.

The stakeholders who include the wife of the Abia State Governor, Mrs Nkechi Ikpeazu; Member representing Ikwuano/Umuahia Federal Constituency, Rep. Sam Onuigbo; Rt. Hon. Uko Nkole, member representing Arochukwu/Ohafia Federal Constituency; Lady Ngozi Okechukwu, State Director, National Orientation Agency, among others pointed out that women, as agents of change needs to be carried along for the development of the society.

In her address at the Senator Anyim Pius Anyim Auditorium of the University during the event, the President of MOUAUWA and wife of the Vice-Chancellor, Dr. Nkechi Nkem Iwe, who stressed the need for women to collaborate in finding a lasting end to issues affecting women, added that it was time for the Association to go beyond mere tinkering to backing her resolve with resources, hence the need to raise the much needed funds.

According to Dr. Nkem Iwe, the objective of the launching was to raise funds to complete and equip the Association’s Skills Acquisition Centre building, to enable the training and empowerment of rural women and girls in her catchment area, as well as equip the MOUAUWA Daycare Centre with modern facilities, in line with the Association’s vision of providing a safe place for young children, whilst their parents are occupied during the day.

In her address, the wife of the Governor of Abia State and Mother of the Day, Mrs. Nkechi Ikpeazu outlined her numerous achievements in the area of women’s empowerment, while calling on the Association to sustain her efforts in the protection of women against gender-based violence and all forms of discrimination.

Also in his speech, the Special guest of honour and member representing Ikwuano/Umuahia Federal Constituency, Rep. Sam Onuigbo encouraged women to embrace entrepreneurship and acquire vocational skills that would facilitate their financial independence and contribute to the economic growth of the country.

Onuigbo who described skills acquisition as a critical and visionary idea that would play a huge part in addressing the country’s debilitating unemployment rate, said he graced the occasion, despite his tight schedule, because he had always taken extra interest in things concerning women and youth and humanity generally.

He revealed that he had facilitated training and empowered many women and youth in his constitutency, in the areas of agriculture, entrepreneurship and others.

Onuigbo said that he had already sent his team to do a needs assessment at the skills acquisition centre that the women planned to make functional.

The Chairman of the Occasion, Rt. Hon. Uko Nkole, Member Representing Arochukwu/Ohafia Federal Constituency echoed the women empowerment message, stressing that working with women is a sure way to bring lasting development.

Declaring the ceremony open earlier, the Vice-Chancellor of the University, Prof. Maduebibisi Ofo Iwe charged members of the association to unite as partners in advancing the development of women.

He congratulated the women on their achievement and pledged the university’s relentless support for them.

The event featured the unveiling of the new MOUAUWA customized uniform and fundraising for the association’s projects. Guests at the event were treated to a dance and cooking competition organized by Maggi at the Maggi Women Forum part of the celebration held at the University’s old Matriculation ground.