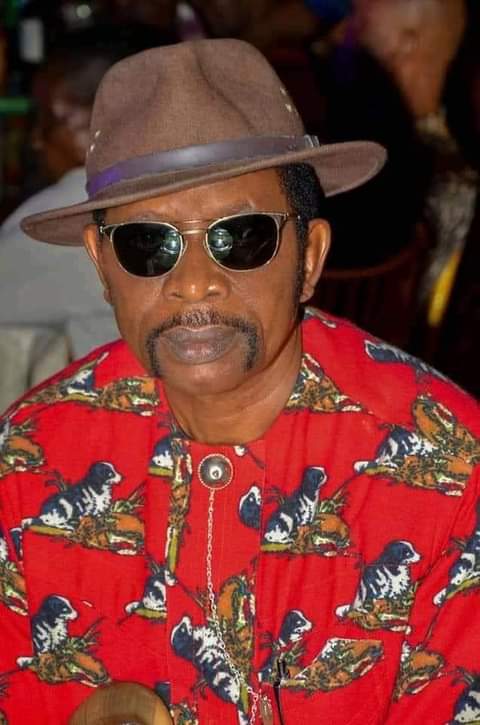 About two months of stay in the Abia State Oil Producing Areas Development Commission, ASOPADEC, as the Sole Administrator, Rt. Hon. Emeka Stanley has matched his words with actions, garnished with positive strategies, running too, to take the Commission to heights of greatness.
His second journey to the Commission was made public by Governor Okezie Ikpeazu who directed the dissolution of the fourth Board of the Commission led by Barr. Sam Nwogu and his subsequent appointment as the Sole Administrator.
His Predecessor, Barr. Nwogu had while handing over to him, pointed out that ASOPADEC is a familiar place to Rt. Hon. Emeka Stanley, having served as Board Member and Chairman of the Commission respectively and expressed confidence that he will excel.
Shortly after, the Sole Administrator thanked the  State Governor Dr Okezie Ikpeazu  for giving him yet another opportunity to contribute his quota to the development of the State especially in the Oil Producing Communities.
He assured that he will sustain the tempo of putting smiles on the faces of the Oil Producing Communities and beyond and called for cooperation from the staff to enable him move the Commission forward.
To achieve this, Rt. Hon. Emeka Stanley who cherish hard work and reward such, probed into the welfare of the staff and also added dearly colours to boost the aesthetic value of the Commission.
The Commission under his watch has also embarked on staff verification exercise to determine the staff strength and genuine workers too which at the end of the exercise will spur them to action and enhance productivity Rt. Hon. Emeka Stanley as a believer in the saying that positive wellbeing is good for employees and employers alike and as research suggests, it can have an impact on motivation, productivity, absenteeism and staff turnover, has at the mean time started prompt payment of Staff salaries and other emoluments.
These efforts were part of his steady progress made from what he met on the ground few months ago and his avowed determination to achieve his plans for the agency.
As an expert who studies and is abreast of the modern trends and hiccups obtainable in the economy, he quickly set up a committee headed by Engr Emeka Gberemuakor ( HOD Works)  to look into ways of making ASOPADEC generate extra funds to compliment sometimes the dwindling oil revenue.
Being a leader who encourages brotherhood, fellowship and friendship in his first few days in office, he visited the family of a fallen colleague and former commissioner in ASOPADEC, late Chief Uche Mpama with former colleagues of the deceased in the Board, who include: the pioneer chairman, Barr. Sam Nwogu; Chief Peter Agumba; Dr Chike Nwannunu; Chief Goerge Nnanna Kalu; Mr Chiagozie Ajuonu, a former  Member of the outgone Board, Chief Orji Udeagha and former Chairman of Ukwa West LGA, Chief Felix Ebere among others.
Also under the watch of Rt. Hon. Emeka Stanley, the commission donated two number 300 kva 11 transformers to Enyimba Automated Shoe Company  Ward 11 Umukalike and  Amuzu Umuonyengwa Ahaba Ward 5  all in Obingwa Local Government Area, as part of the Commission’s intervention activities in the areas under the Commission.
While handing over the transformers to the beneficiaries, Rt. Hon. Emeka Stanley said the donation was made in line with the directive of the State Governor, Dr Okezie Ikpeazu as part of his policy towards enhancing productivity and providing adequate electricity supply to the rural communites.
He reiterated the resolve of the Commission at sustaining her intervention activities and putting smiles on the faces of oil producing areas and Abia in general and urged the beneficiaries of the transformers to make optimal use of them in realizing the vision of the Governor in making Abia an emerging exporter of shoes.
The Action packed Rt. Hon. Emeka Stanley expressed confidence that before the end of his administration, his ‘ASOPADEC Project’ for the greater ASOPADEC will be fully implemented geared towards overcoming the challenges affecting its progress.