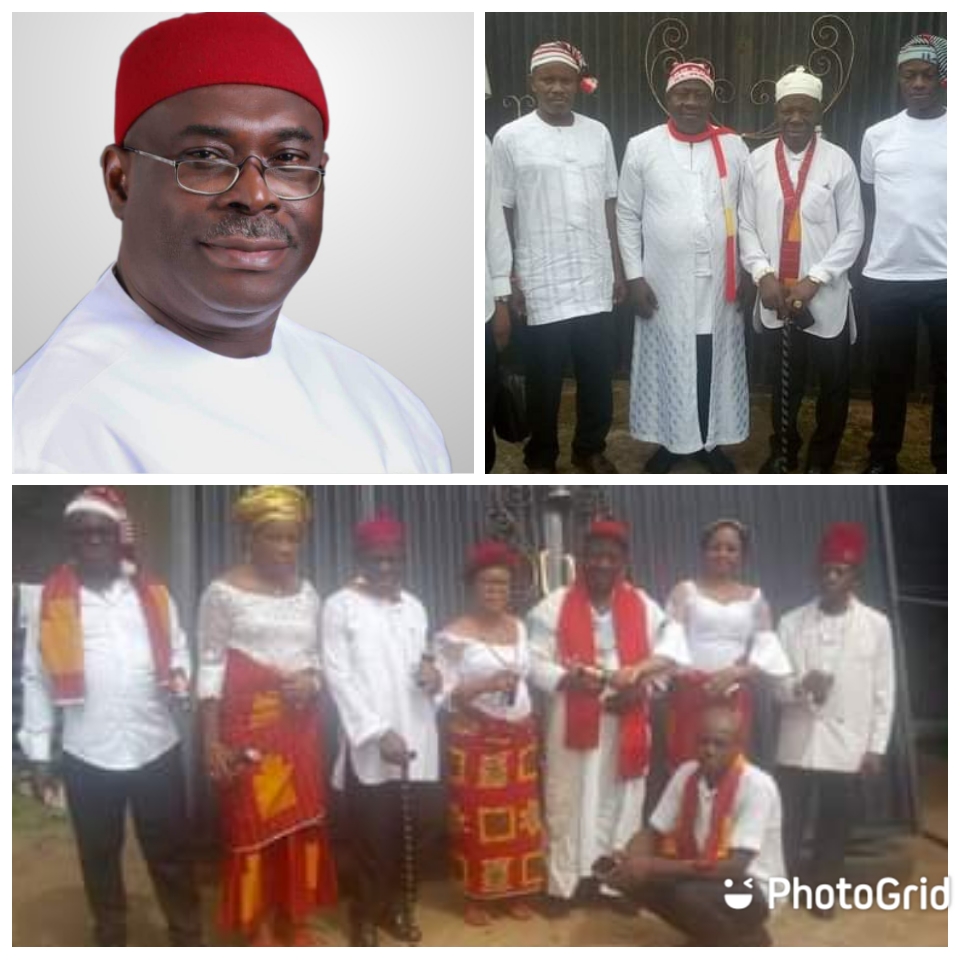 Sir Udensi Hands Over Official Complex To IEGDU, Says He Is Coming To Create A Revamp In Abia Come 2023

An International Security Consultant and APGA Chieftain, Sir Chikwe Udensi has pointed out that he is coming to create a lasting change in Abia State as the elected governor, come 2023 governorship election.

Sir Udensi who expressed optimism that he will emerge the guber flagbearer of the All Progressive Grand Alliance, APGA come the party primaries, which will usher in the year 2023 governorship election, during the official handover of office complex he donated to a sociocultural organization, Igbo-Ekene Global Development Union, IEGDU in Umuahia, encouraged them to be properly equipped ahead of the year 2023 general elections by getting registered in the ongoing voter registration exercise; and use same effectively and efficiently during the polls.

Sir Udensi who expressed discomfort with the state of Abia but admitted that he is not in position to talk down on any administration as God gives power to an individual to fulfill a particular purpose at any given time, however called for a total change in Abia State in the 2023 general election for the good of Abians.

Handing over the office complex to the organization, he enjoined them to imbibe the policy of inclusiveness and gender equality and prayed God to crown the endeavours of Igbo Ekene Global with success.

Earlier in his address, the President General of Igbo Ekene Global Development Union, IEGDU Ambassador Moses Onyegbule who went down memory lane to recall the healthy relationship that existed and still existing between the organization and Sir Udensi, said, “Our unbroken relationship with His Excellency Sir Chikwe Udensi, a decade ago has been yielding fruitful and positive results”.

He appreciated Sir Udensi for selflessly paying and furnishing an office for them in Umuahia, and also prayed God to graciously bring to fulfillment the dreams and aspirations of the benefactor in the political sphere.

His words, “In this befitting office complex, our members will comfortably sit down and cross fertilize ideas for Ndi Igbo and for peace, unity and stability of Nigeria.

“Igbo Ekene Global Development Union is a sociocultural organization formed with the primary objective of championing the cause of Ndi Igbo within and outside the shores of Nigeria”.

He lauded the Chairman of the office complex handover committee, Elder Boniface Onwuka among others for the measures put in place to see to the success of the event.