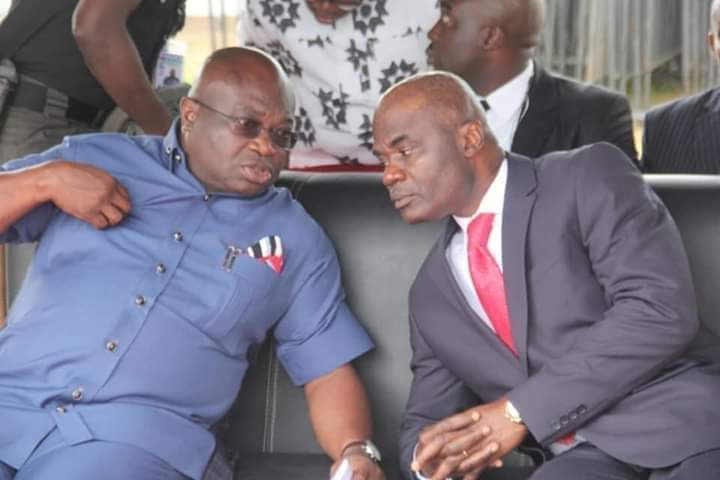 As the Chairman of the State Cocoa Development Committee, Sir Ude Oko Chukwu, Abia State Deputy Governor and frontline 2023 governorship aspirant has since 2015 ensured the exploitation of the Agricultural potentials of the State to enhance Cocoa production and Agricultural produce to make the State a leading Cocoa State for the local consumption and exploitation, thereby increasing the Internally Generated Revenue of the State.

Also as Chairman of Abia State Revenue Council, Sir Oko Chukwu known as Mr. Transparency by admirers, since 2015 has taken measures to improve the Revenue profile of the State.

Such measures included supervision of the bio-metric exercise to fish out ghost workers, blocking of revenue leakages, stoppage of padding of salaries among Civil Servants, harmonisation and sanitization of collection of levies and taxes to increase the IGR of the State for the provision of infrastructure and basic amenities to the electorate.

The success of this exercise has saved some reasonable revenue for the State Government to cushion the effects of the global economic down turn and challenges.

Health as a major policy thrust of the present administration has through the Office of the Deputy Governor continued to receive attention especially in immunization programs against Polio and other child killer diseases in order to make the State and Nation Polio free which has now been achieved.

As the Deputy Governor and Chairman, Abia State Drug Abuse Control Committee and Primacy Healthcare Under One Roof Committee, Sir. Oko Chukwu has done tremendously well by ensuring that the committees abide by their respective terms of reference to avoid conflicts in the interest of the State and her people.

The Deputy Governor has continued to demonstrate his commitment towards the realization of the Nigerian Dry Port Project in Abia State as a veritable source of revenue and employment opportunities to the State.

In all these engagement, ranging from courtesy calls, heading of various delegations, committees, ceremonies, Church Services as well as meetings both in the State and at Federal level (South East Governor’s Forum, National Economic Council Meeting etc) the Deputy Governor has not failed to emphasize the five cardinal policy thrust of the Okezie Ikpeazu-led administration which includes Agriculture, Education, Health, Trade and Commerce and Oil and Gas.
Borne out of proper understanding, loyalty, consultation and unity of purpose, the Deputy Governor has represented and spoken always the mind and vision of his Boss Dr. Okezie Victor Ikpeazu in different engagements since 2015.

The result is that Abians today are happy that the mandate they gave to Governor Okezie Victor Ikpeazu and his Deputy, Sir Ude Oko Chukwu is reflecting democratization with every well-meaning individual itching and striving to participate and contribute his or her own quota for the overall development of the state.

With this pragmatic, articulate, humble, loyal, ever ready and willing to serve disposition of the Deputy Governor, Sir Ude Oko Chukwu, what else are Abia electorate looking for in the year 2023 governorship election than to rally round Mr. Transparency who has assisted his boss, Governor Okezie Victor Ikpeazu to deliver good governance and dividends of democracy to Abians and taking the State to greater heights.