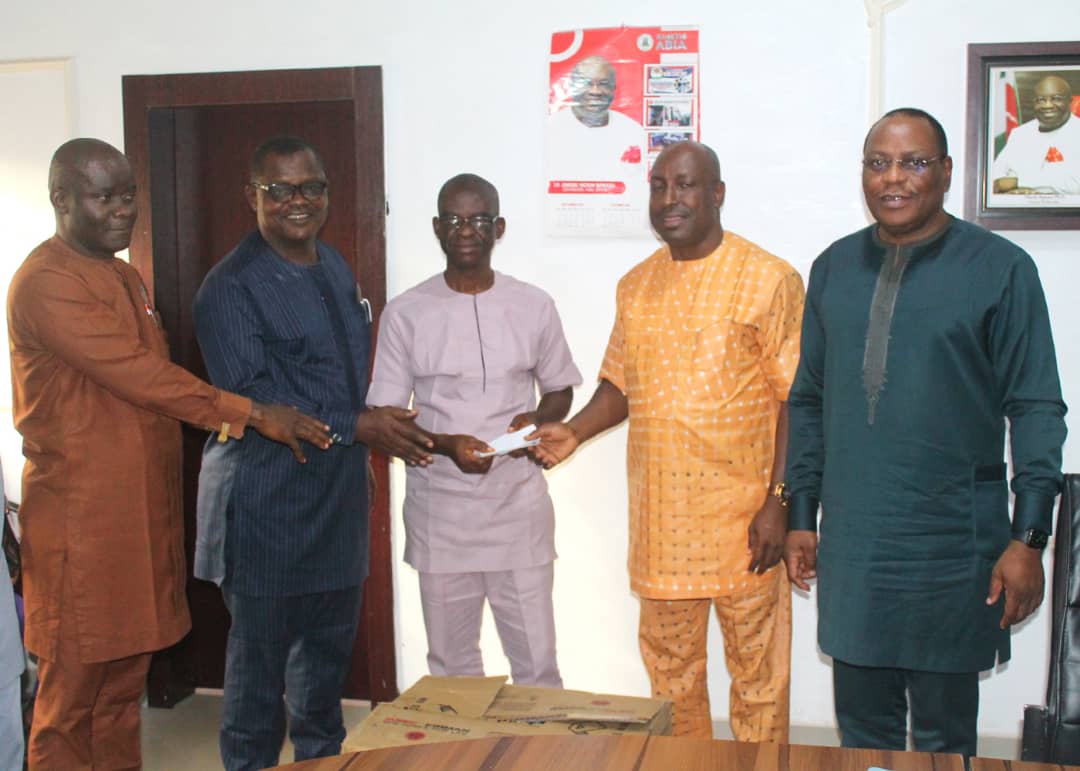 A universal dictum says, “Much effort, much prosperity”.

This is actually the picture obtainable at the office of the Secretary to the Abia State Government, SSG as the immediate past Director of Information, office of the SSG, Comrade John Emejor was blessed with a brand new generating plant as parting gift.
The generating plant which was presented to Comrade Emejor by Barr. Chris Ezem, Abia SSG was in recognition of his selfless services during his years of service in the SSG office.

Speaking during the sendforth ceremony, which saw the management and staff of the office of the SSG appear in a joyful mood at the conference room office of the SSG, the secretary to the state government described Comrade Emejor as a committed, humble and a dedicated staff who was never found wanting while he served in the office.

Mr Ezem urged Comrade Emejor to apply those good qualities he exhibited when he was in the office of the SSG to his new place of assignments and wished him better days ahead.

In their separate speeches, the Permanent Secretary Political Affairs bureau office of the SSG, Mr Isaac Nwachukwu and his counterpart in the special services bureau, Mr. Okey Ihedioha enjoined Comrade Emejor to continue to uphold those sterling qualities of his that made him stand out as an information guru as well as bring his wealth of experience to bear at his new duty post to affect positively the younger staff for a effective service delivery.

Responding, the State Director of Information and former State Chairman NUJ Comrade John Emejor expressed his heartfelt appreciation to the SSG Mr Chris Ezem for the honour done him and prayed God to continue to bless and keep him and thanked the management and staff of the office of the SSG for the cordial relationship that existed while he served in the SSG’s office and called for its sustenance.