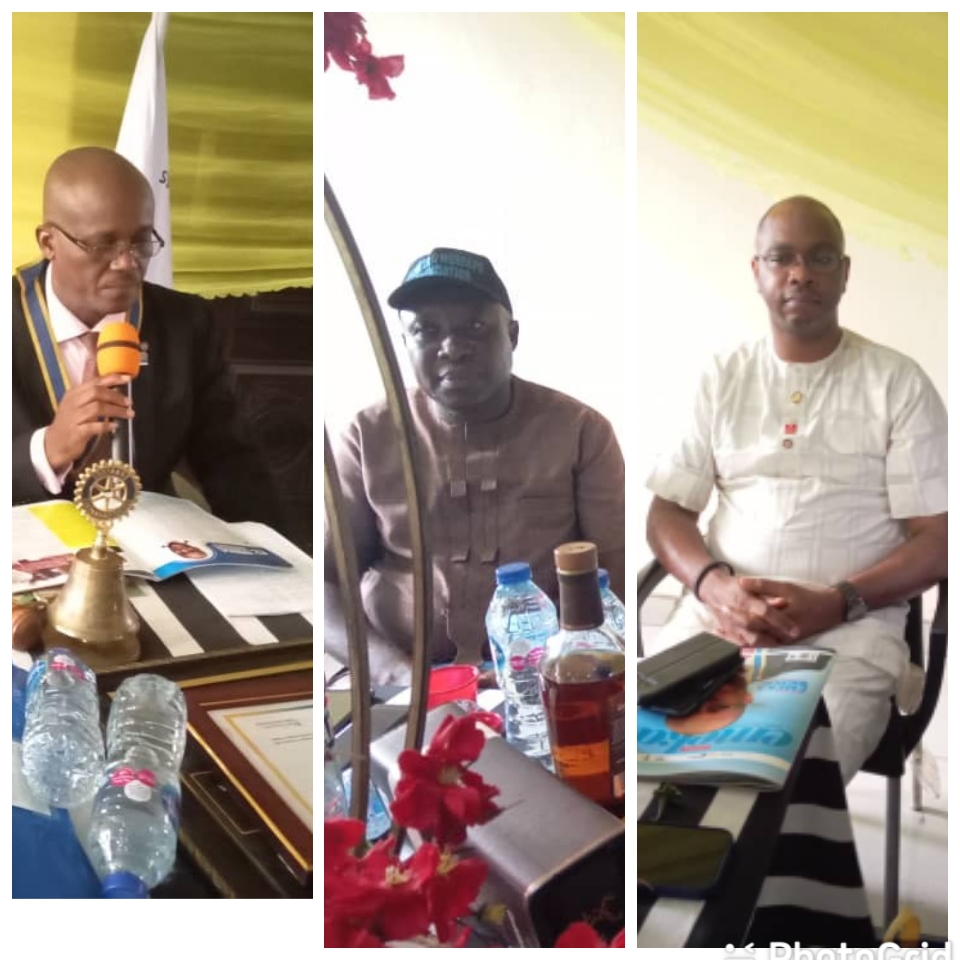 Speaking shortly after he was installed as the 4th Visionary President of the Club, Rtn. Emeka Wachuku  encouraged the awardees not to be weary in doing good,
He reminded them that Rotary service to humanity is designed to change lives, adding that, with the collective effort, “We will have the change we desire”.

Rtn. Wachuku made it clear that Rotary envisioned a world where people unite and take action to create lasting change across the globe, which he expressed optimism that the vision will not be lost.

Shortly after he received the Community Service Award, Mr. Ncheta Omerekpe represented by Prince Clinton Uba appreciated Rotary for the honour bestowed on him and promised to partner the Club to deepen selfless services in Abia State for the benefits of Abians and the residents.

A minute silence was observed for the great patriot and mentor of the Club and Past Assistant Governor, PAG Ukpai Agwu Ukpai of blessed memory.