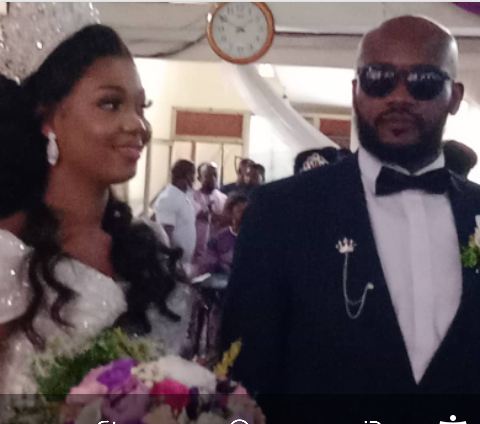 Speaking on behalf of his boss during the event, the deputy governor of Abia State,you Sir Ude Oko Chukwu remarked that for any marital union to last long, couples must always stand together against outside forces targeted at their relationship with the aim to destroy it.

The deputy governor who maintained that the success of any marriage lies in the hands of the couple involved, charged the new couple to follow the footsteps of their parents in the things they did that worked for them in their unions as well as make God the centre of their relationship, as He doesn’t disappoint.

According to him, trust, love and patience are sure virtues that will help them go far if properly applied in their union and enjoined them to shun third party in their marital journey.

Earlier while joining the couple in a holy matrimony, the Archbishop of Methodist Church Abuja Archdiocese, Most Rev’d Joseph Oche Job said marriage which is a school of its own is a sacred and life long union of man and woman instituted by God for companionship and procreation among other things and harped on the need for people to honour it.

In his homily, Very Revd. Ifeanyi Nwadei enjoined new couples to prepare to make sacrifices if they want their marriage to be perfect.

The homilist who counselled the couple to jettison pride and unforgiveness while they imbibe courage and wisdom to enable them  succeed, harped the need for them to make God the foundation of their home.