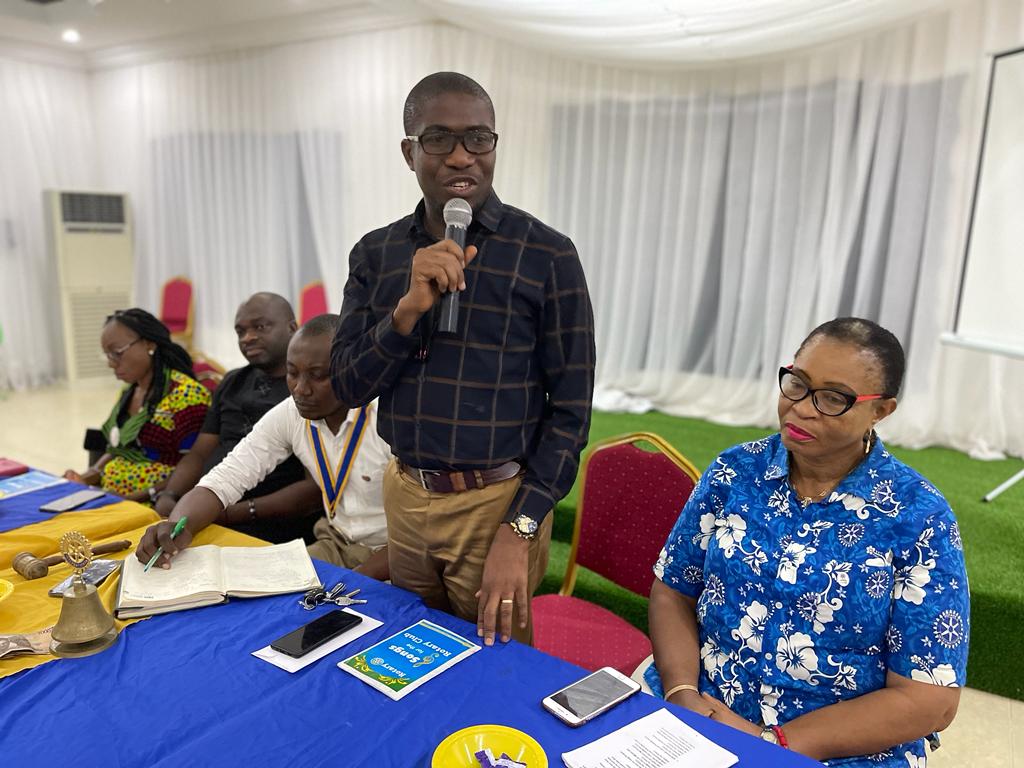 Service above self was imagined on the 23rd day of February 2022, as Rotarians around the globe, celebrated the 117 years anniversary of doing good in the World.

For Clubs in Zones 4,5 and 6 in District 9142, it was a joint fellowship tagged “Rotary’s Birthday Fellowship”, where Rotarians, Rotaractors and guests were engaged in an enthralling lecture entitled, “For The Sake Of Four Good Old Friends”, by the guest lecturer, PAG Onyinye Ralph Nwachukwu.

Speaking during the event which took place in Umuahia, Abia State at the fellowship hall of Rotary Club of Umuahia North District 9142, the District Governor Elect Rtn. Grace Okaro harped the need for the Rotarians to remain agents of positive peace embellished with love, as love is the basis of all human coexistence.

Rtn. Okaro who maintained that love is the bedrock of which every other thing revolves in, encouraged members to always profess love, adding that, “With love we will be able to serve humanity”.

Rtn. Okaro who also enjoined Rotarians to religiously embrace integrity as one of the core values of Rotary, further encouraged them to always strive to provide what it takes to uphold friendship.

In his remarks, the Visionary President of Rotary Club of Umuahia North District 9142, Rtn. Emeka Sopuruchi pointed out that love can build a bridge and also help in nation-building.

Rtn. Sopuruchi who maintained that nation builders are lovers of their nation, said further that if one demonstrate love for his nation, community or Club, he or she would succeed in being a builder and not a destroyer.

Earlier in his remarks, the Assistant Governor zone 5, Rtn. Ekele Ochiabuto who x-rayed the significance of the Club’s anniversary, also disclosed that in the Rotary calendar, February is Peace and Conflict Prevention/Resolution Month.

He informed that Rotarians train adults and young leaders to prevent and mediate conflict.

Rotary Past Assistant Governors, former and present Club Presidents, Presidents-elect among others attended the colourful event.