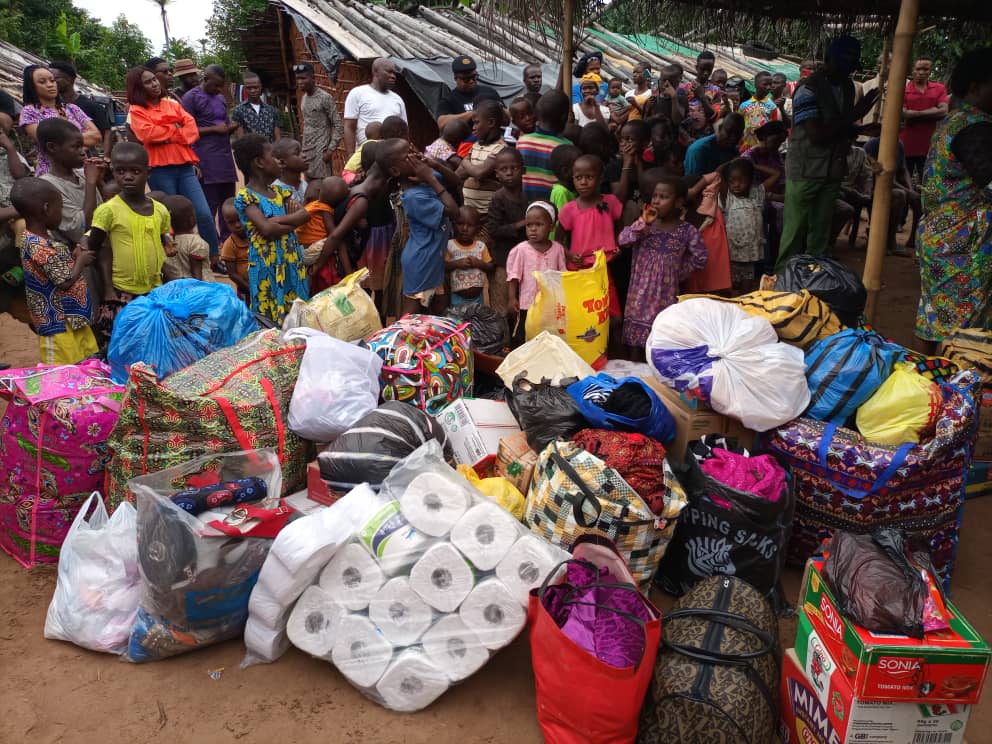 The District Governor-elect, Rotary International District 9142, Rtn. Grace Okaro has disclosed her intention to deposit an indelible footprint on the sands of Awuja community in Bende L.G.A of Abia State.

Awuja, an agrarian community with little or no basic amenities to boast of, was adopted by the Rotary Club of Umuahia about nine years ago shortly after its first visit to the community.

Speaking during the Social Welfare Outreach to mark the birthday celebration of a Club member, Rtn. Temitope Uche Nnaomah, the District Governor-elect disclosed further that Rotary identified the community during one of its poliomyelitis vaccination programme.

She pointed out that while the Club will carry out a Needs assessment exercise geared towards identifying and determining how to bridge the gap between the community’s current and desired need, the community should also make the job easier by making available their topmost need to the Club.

While exposing and expounding the Rotary areas of focus,  the Governor-elect painted the sorry state of Awuja, nine years ago before the intervention of the Club.

She said, “we go right into the hinterlands to identify where there are needs, look into them and see how to intervene in some of them”.

She appreciated the celebrant for her thoughtfulness to collaborate with the club for the visit.

Lending his voice, the Visionary President of Rotary Club of Umuahia, Rtn. Ugochukwu Ajawara said Rotarians have the task of giving back to the society selflessly, adding that in “Rotary we serve above self”.

Rotarian Chimdi Oluoha who serves as the Service Project Chair of the Club also appreciated the birthday celebrant, Rtn. Temitope Uche Nnaomah and her friends for collaborating with the Club to visit Awuja, describing the event as a prelude to her assuming the office of the Foundation Chair, Rotary Club of Umuahia.

Mr. Uche Nnaomah the husband of the celebrant in his remarks, appreciated the Club for partnering with his family, even as he indicated interest in the Awuja project.
In appreciation, the Awuja community leader, Chief Godwin Luke expressed optimism that through the assistance of the Rotary Club of Umuahia, most of their basic needs would be channeled to the appropriate quarters.