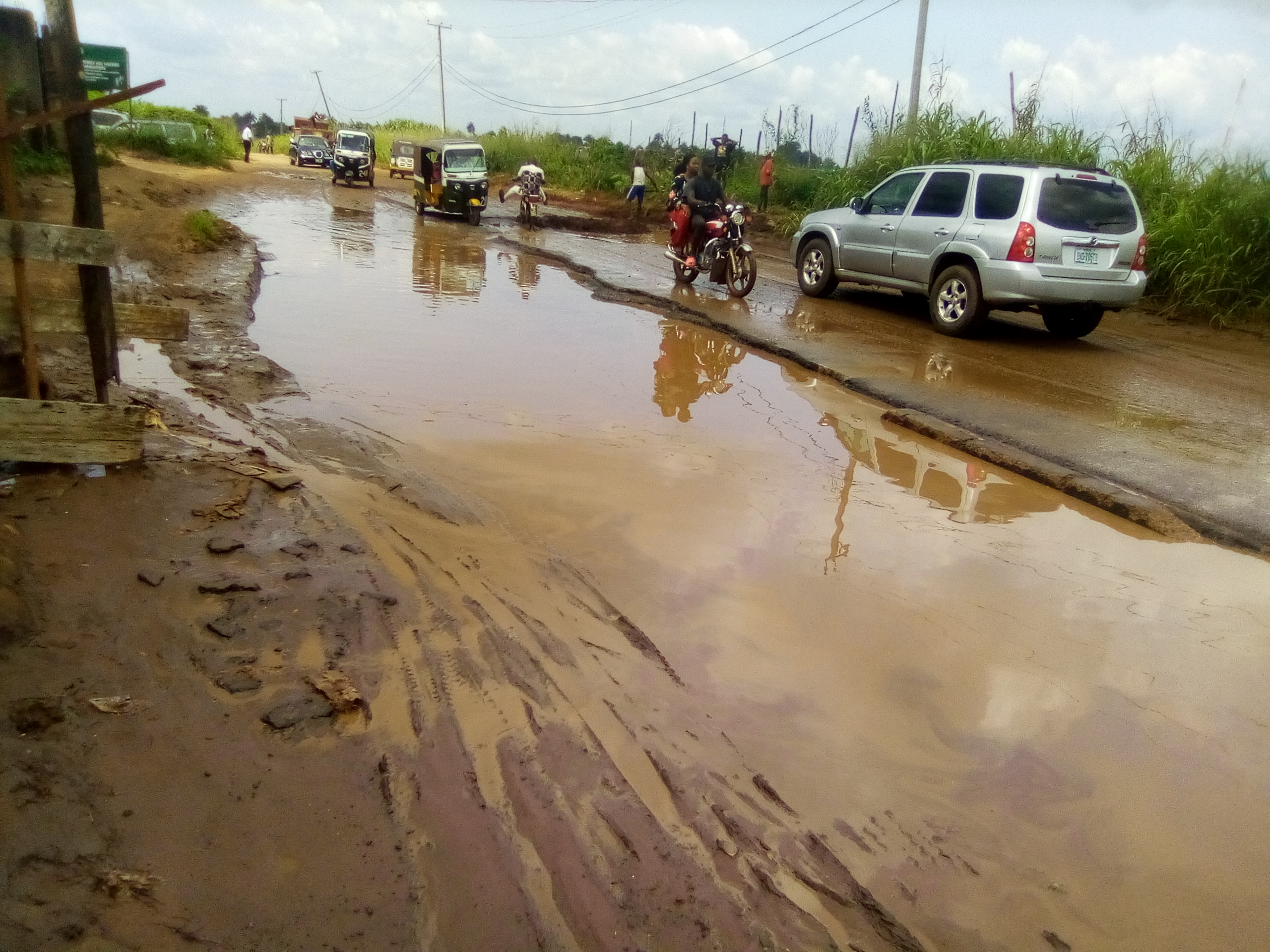 The President General of Igbo World Union, IWU His Imperial Majesty Sir Amb. Mishak Nnanta (KJW, KSM, JP) has passionately appealed to the Abia State Government to turn its attention to Olokoro roads as they are long overdue for rehabilitation.

Nnanta who is the Patron Abia State Okonko Society (Olokoro chapter) and also the National Patron, Vigilante Group of Nigeria made this appeal in Umuahia, Abia State capital while speaking to a cross section of Journalists on the present state of Olokoro roads.

He lamented that the residents had faced hardship for years and people were finding it difficult to access the roads to move to the nearest town.

Nnanta said, “it is very pitiable. What we have been seeing on these roads is terrible. Our roads are in states of disrepair, needing urgent attention. Olokoro residents and motorists are reeling in pain over the deplorable state of these Lowcost – Ahiaukwu; Isicourt – Amakama; Isicourt – Ahiaukwu; Amangwu-Umuajata-Ururuka roads. The thoroughfares within the clan have become dilapidated.

“Vehicles crawl endlessly, especially at peak hours in the morning and evenings. Motorists also are  lamenting that the state of the roads have caused huge wear and tear on their vehicles.

“Olokoro is a modern town. It is disheartening when motorists drive daily through these major roads in the community, they contend with potholes that dot the supposedly affluent clan, where one of the deposit of Abia State tourist site is situated.

Nnanta revealed that motorists plying Ikot-Ekpene road, now pass through Olokoro road in an attempt to avoid the already dilapidated Federal road, thereby causing more harm to the roads in Olokoro.
Nnanta pleaded that the local and state governments should as a matter of urgent priority,  repair the roads, to the ease the sufferings of the residents.