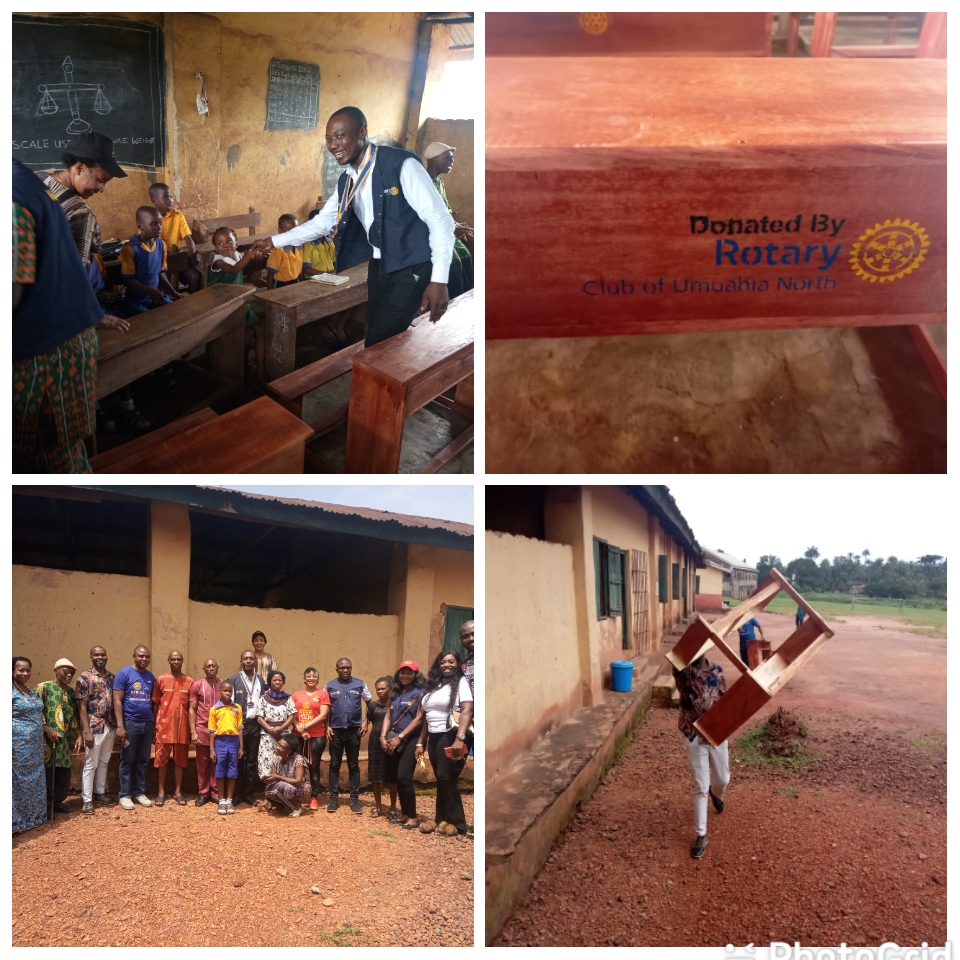 For the pupils of Okwu Community Primary School, Olokoro, Umuahia South L.G.A, of Abia State, it was a dust to desk as Rotary Club of Umuahia North District 9142 donated 10 (3 in one) desks to the school in fulfillment of their service to humanity and Basic Education and Literacy Project.

From observations, most of the pupil’s desks are in a bad condition with leaking roofs to compound the woes of the pupils and staff of the school, who do not have a good toilet facility.

Speaking during the event, the Visionary President, Rotary Club of Umuahia North District 9142, Rtn. Emeka Sopuruchi who also promised that the Club will refurbish most of the damaged desks, informed that Rotarians take action to empower and donate to inspire learning at all ages.
According to him, more than 775 million people over the age of 15 are illiterate and, “That’s 17 percent of the world’s adult population”.

His words, “Our goal is to strengthen the capacity of communities to support Basic Education and Literacy, reduce gender disparity in education, and increase adult literacy. We support education for all children and literacy for children and adults”.

Handing over the desks to the school, the Assistant Governor zone 5, District 9142, AG Ekele Ochiabuto who exposed and expounded the sterling attributes of Rotary, charged the beneficiaries to make judicious use of the desks.

In appreciation, the Headmistress of the school, Mrs Catherine Nwoko, Mr. Adighije Uwaoma, who represented Distinguished Senator Chris Adighije and the Vice Chairman, Okwu Community, Mr. Ndubuisi Iroeche  the lauded the Club for the humanitarian gesture and call on other organizations toe the laudable footprints of the Rotary Club of Umuahia North.