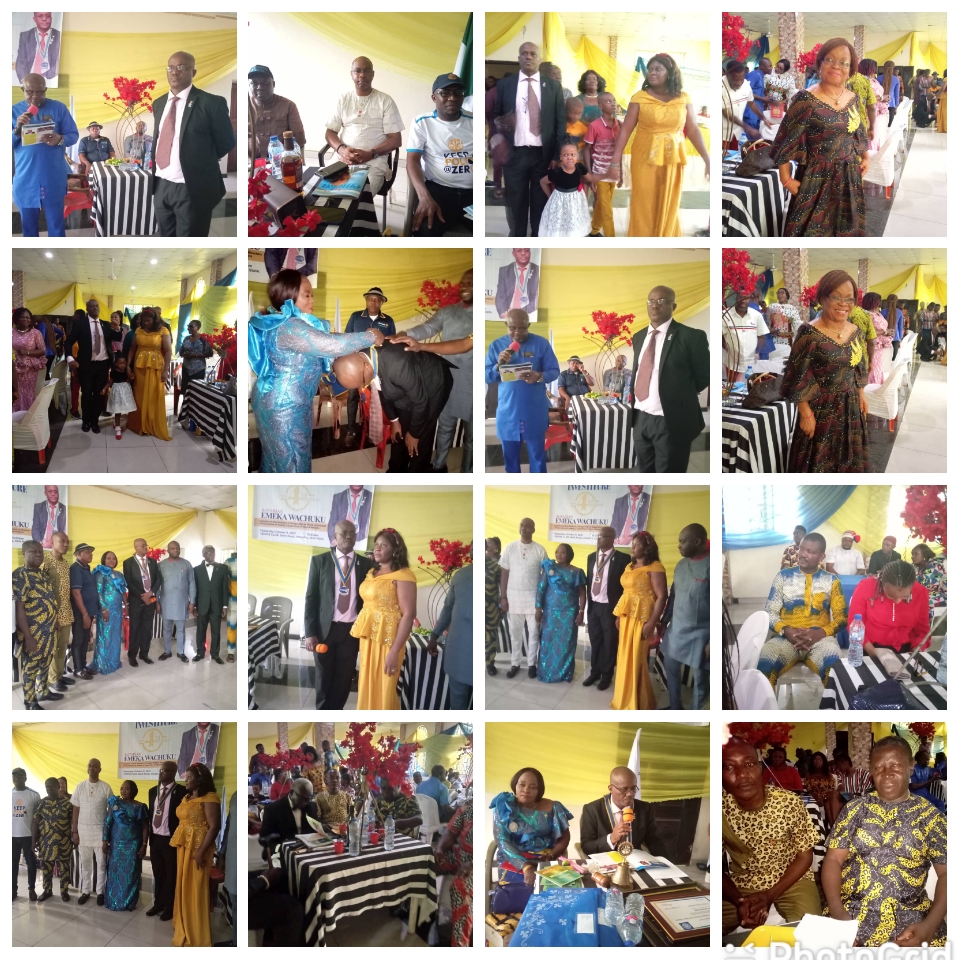 The newly installed Visionary President of Rotary Club of Umuahia Government House, District 9142, Rtn Emeka Wachuku has revealed the Club’s plans to assist some unemployed youth acquire skills in Earthmoving Equipment operation and maintenance to help improve the economic sphere of the Society.

In his address at Ridge Club, Umuahia, Abia State, shortly after his installation as the 4th President of the Club, which also attracted Rtn. Okechukwu Okonkwo, the District Governor, Rtn. Wachuku revealed the Club’s intention to protect the environment by providing refuse bins between Federal Medical Center and Michael Okpara square in Umuahia, the capital City.

His words, “In the course of the year, we will be embarking upon some projects that will reflect the theme of the current Rotary Year, to wit: Serving to change lives.
“We will also distribute exercise books to Primary School students within the vicinity of Government House, Umuahia. We are also working in tandem with some Abians in the diaspora to do a medical outreach to support our primary healthcare system”.

He disclosed that in line with the vision of adopting and training a girl child, which the Rotary International President Shekhar Mehta is propagating, the Club adopted Miss Treasure Anya, an indigent Primary 5 School girl schooling at St. Andrew’s Nursery and Primary School, Afaraukwu in Umuahia North, L.G.A. He further revealed the intention of the Club to nurture and make life easier for the adopted girl.

In her valedictory speech, the immediate past President of the Club, Rtn. Joy Dimanochie said despite COVID-19 pandemic challenges, the Club under her watch was able to execute lots of effective and impactful service projects within Umuahia environs.

Earlier in her address, the Installation Chairperson, Rtn. Love Ezema who went down memory lane to recall all the challenges faced by the Club, expressed gratitude for a stronger Rotary Club of Umuahia Government House, that has achieved much within the short period of charter.

The event which featured the induction of new members, inauguration of the Board of Directors, conferment of awards, saw Rtn. Okechukwu Okonkwo, the District Governor present the first tranche of the basic education fund to Miss Treasure Anya, the Club’s adopted child.