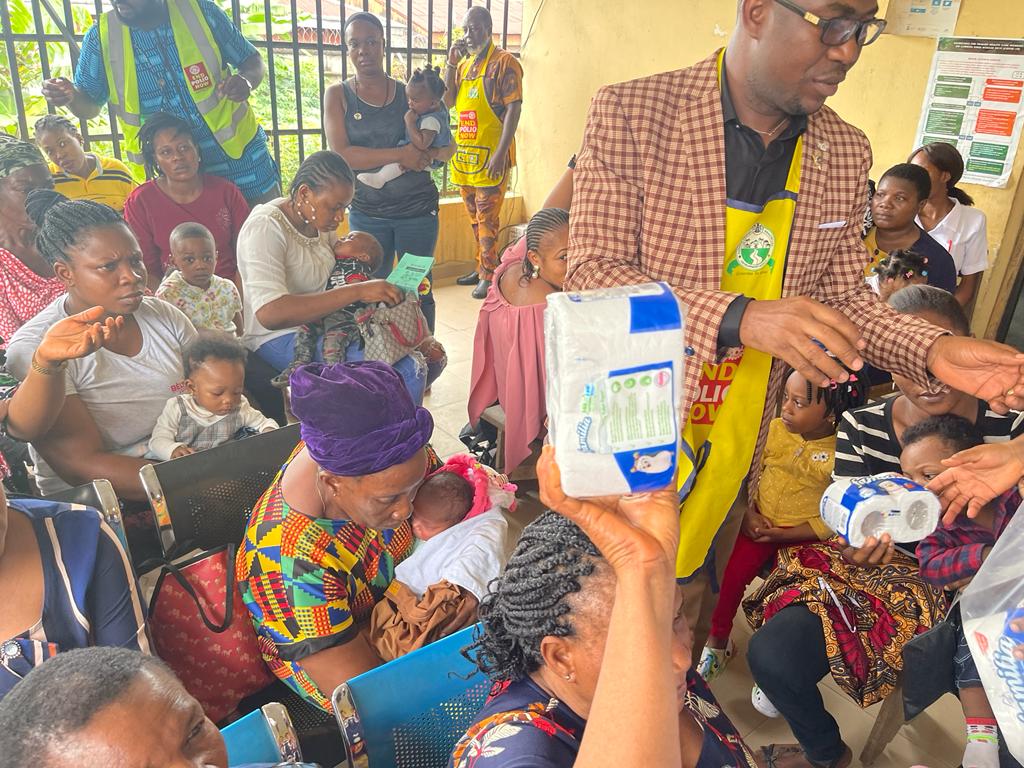 Addressing the mothers shortly after the exercise which attracted the Rotary International District Secretary, Rtn. Ekele Ochiabuto among other Rotarians, the Synergizer President of the Club, Rtn. Geraldine Onuorah said the Club has been sensitizing communities within its domain on the importance of immunization for their Children in the prevention of the deadly Polio disease.

She therefore urged all mothers to come out and vaccinate their babies, in order to eradicate polio from the surface of the earth.

Rtn. Onuorah said this will help encourage the effort of Rotarians in Nigeria to sustain the “Zero Case of Polio” record.

Interacting with our correspondent shortly after the immunization exercise which saw the Club shared gift items to mothers, some of the young mothers who include, Mrs Precious Ezeagwu Omonigho among others appreciated the Club for the vaccines given to children in order to help prevent the polio disease.

Meanwhile, the Rotary Club of Umuahia North has joined her sister clubs to carryout “Keep Polio at zero” Advocacy at the Federal Medical Center, Umuahia, when the quintuplets delivered at the facility were immunized and also presented with some gift items.