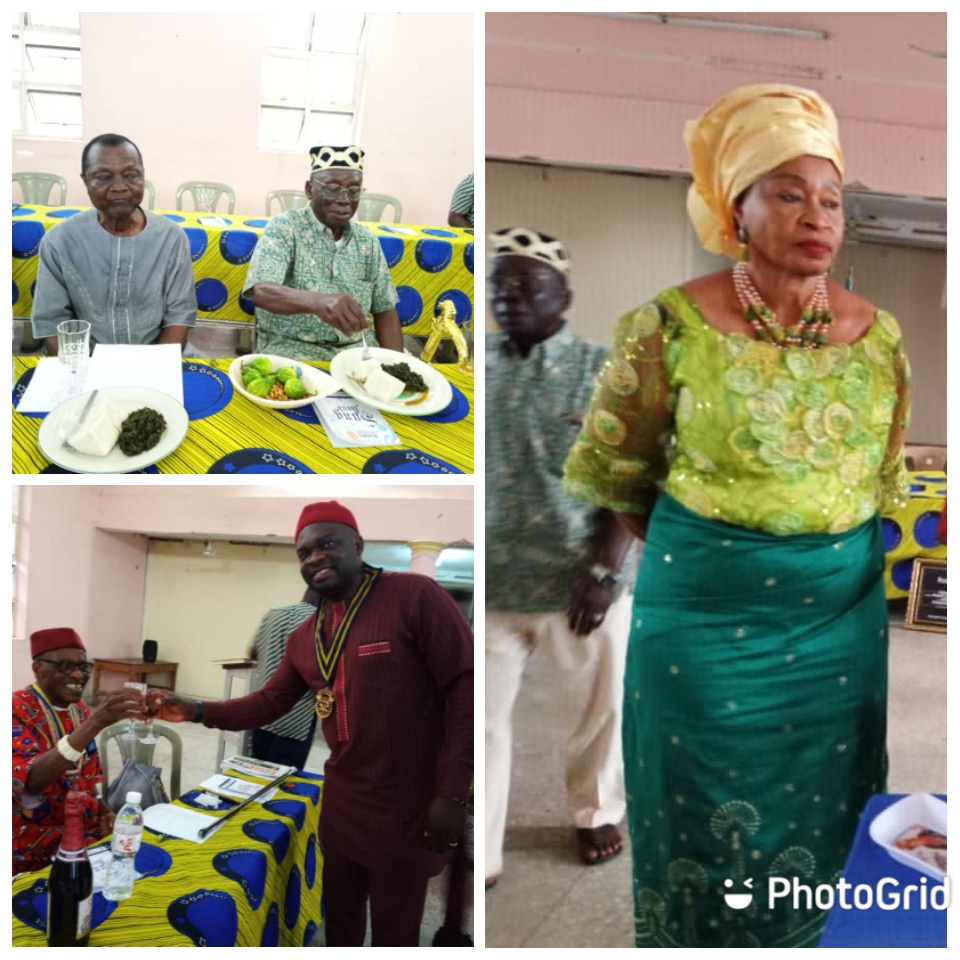 Rotary Club of Umuahia, District 9142 has celebrated the Year 2021 Iri Ji ( New Yam) festival with a call on members to promote the rich cultural heritage of the Igbo race, Nigeria and Africa in general.

In his speech during the event in Umuahia, Abia State, the Visionary President of the Club, Rtn. Ugochukwu Ajawara pointed out that the Iri ji festival mostly practiced in Southeast region of Nigeria and Ghana symbolized the conclusion of a harvest and the beginning of the next work cycle.

Rtn. Ajawara who pointed out that Yams are among the first set of crops to be planted at the beginning of the planting season, described the crop as King of Tubers.

He pointed out that the crop was being celebrated by members of the Club to thank God for bountiful harvests, adding that the festival also gave them opportunity to project Igbo culture and origins to to the whole world.

Rtn. Ajawara appreciated God for divine health, blessings, grace and mercy, He graciously adorned members of the Club with.

In a lecture titled, “Rotary Is Good”, the Chair, Peace and Conflict Prevention and Resolution Committee and the traditional ruler of Amaba-Ukwu Amaokwe Item autonomous community, in Bende L.G.A, of Abia State, Rtn. Johnson Osoka Agwu who also co-sponsored the festival with the Club, disclosed that Rotary is the oldest and most prestigious service club in the world, embellished with the nicest people on the face of the earth.
He disclosed that the Club offered members the opportunity to serve humanity as a service Club.

According to him, “In Rotary, there are executives, managers, professionals, people who make decisions and influence policy.

“In an increasingly complex world, Rotary maintains a simple philosophy, that is to make friends in your own community and throughout the world.

” There is fun and entertainment, business development, personal growth and development, continued learning and travel opportunities in Rotary”, Rtn. Osoka clearly pointed out.

The District Governor Elect, DGE Grace Okaro, Past President of the Club, Rtn. Chinedu Brown among other Rotarians, Rotaractors and guests attended.