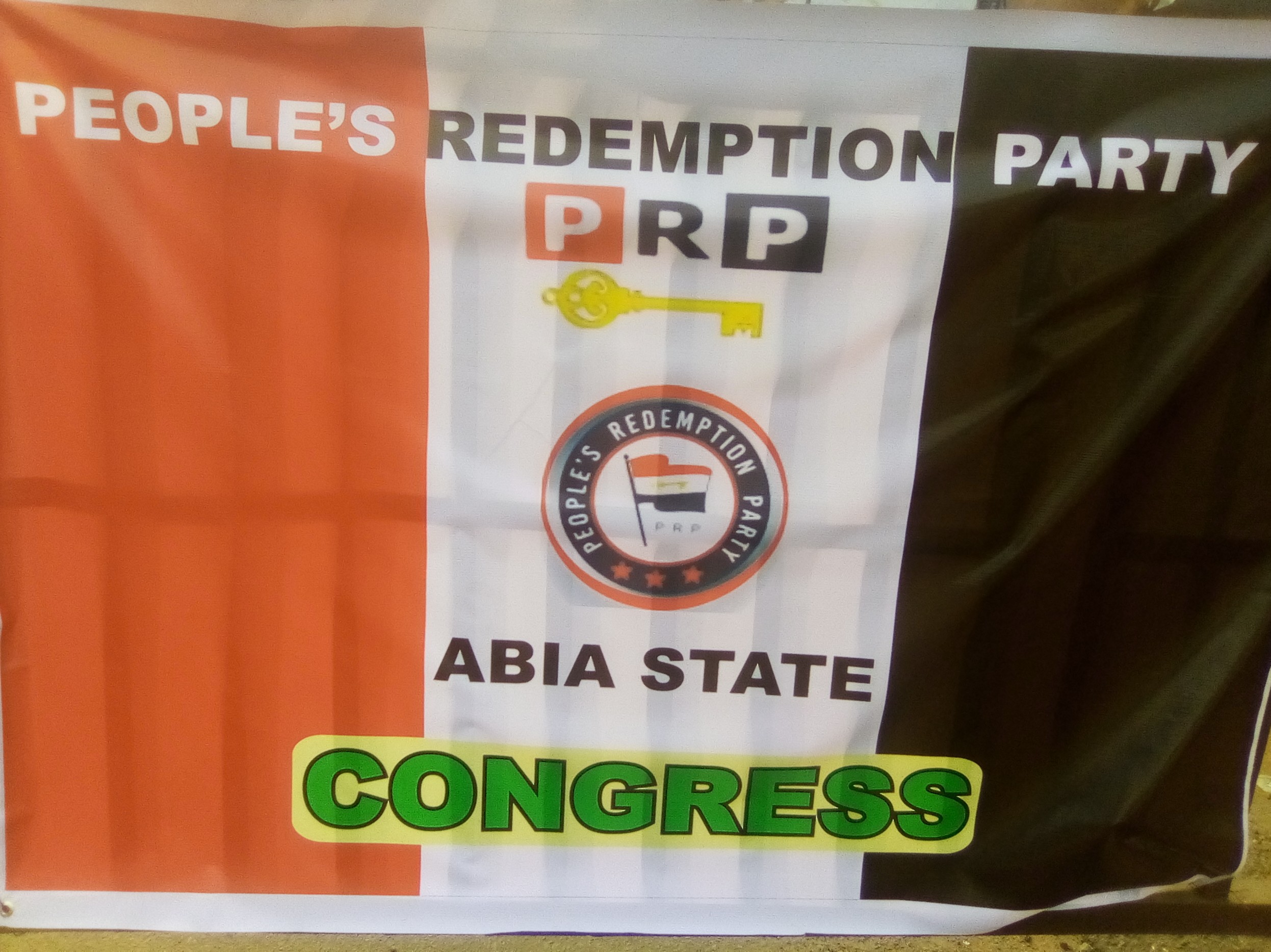 PRP will take over Abia in 2023 – Nat’l Sec…. As Party inaugurates State Executive

The new executive of the oldest surviving party in Nigeria, the People’s Redemption Party, PRP has been tasked to go on one-on-one evangelism at the nooks and crannies of Abia State to inform the Abia electorate that the party will take over the mantle of leadership in the state, come year 2023 gubernatorial election.
Speaking at Urban Primary School ll, Umuahia during the state congress of the PRP, the interim National Chairman of the Party represented by the National Secretary, Chief Godwin Onyekachi Kalu said the primary task of the Party was to let people know that the poverty, insecurity and other vices bedeviling the country would not continue, as the party is set to save humanity and restore peace in Nigeria.
He tasked the newly Inaugurated executive of PRP Abia State chapter not to use their powers to oppress their members, as they were elected to be servants, which required serving the party with the highest sense of humility.
He described as a minor and constitutional issue the internal wranglings that had bedeviled the party, informing that it was a family issues, which a committee has been set up to address and resolve.
Lending his voice, a BOT member of the Party, Hon. Lovette Okamgba reminded the Abia PRP executive that they were ambassadors of peace and positive development elected by members based on their track records, hence the need to carry them along and above all give a listening ear to them.
Inaugurating the new executive, Imo State PRP Chairman, Hon. Peter Ifeanyi Okafor tasked them to remain steadfast, go-a-fishing and mobilize electorate for the task ahead as “the ruling PDP will hand over power to the party in 2023”.
He maintained that the PRP parades lots of straightforward personalities and also have the needed resources to go into the year 2023 general elections and come out victoriously.

The newly elected Abia State Chairman of the Party, Engr. Sunday Chimaobi Okpara in his acceptance speech revealed his led executive plans to ensure that the party at the ward level, local government areas and senatorial zones in the state are made vibrant.

According to him, the ultimate goal of his administration was to get good citizens and members of the Party to contest and win elections in the wards, local councils, state and in the country.

His words, “Our great party, the PRP will redeem our people and usher in an era of economic emancipation, massive development in infrastructure and education. Our great party will guarantee the end to security challenges that our country is facing”.

Okpara encouraged members to preach the gospel of the People’s Redemption Party to all the corners of the state and truly make it the party of the masses.