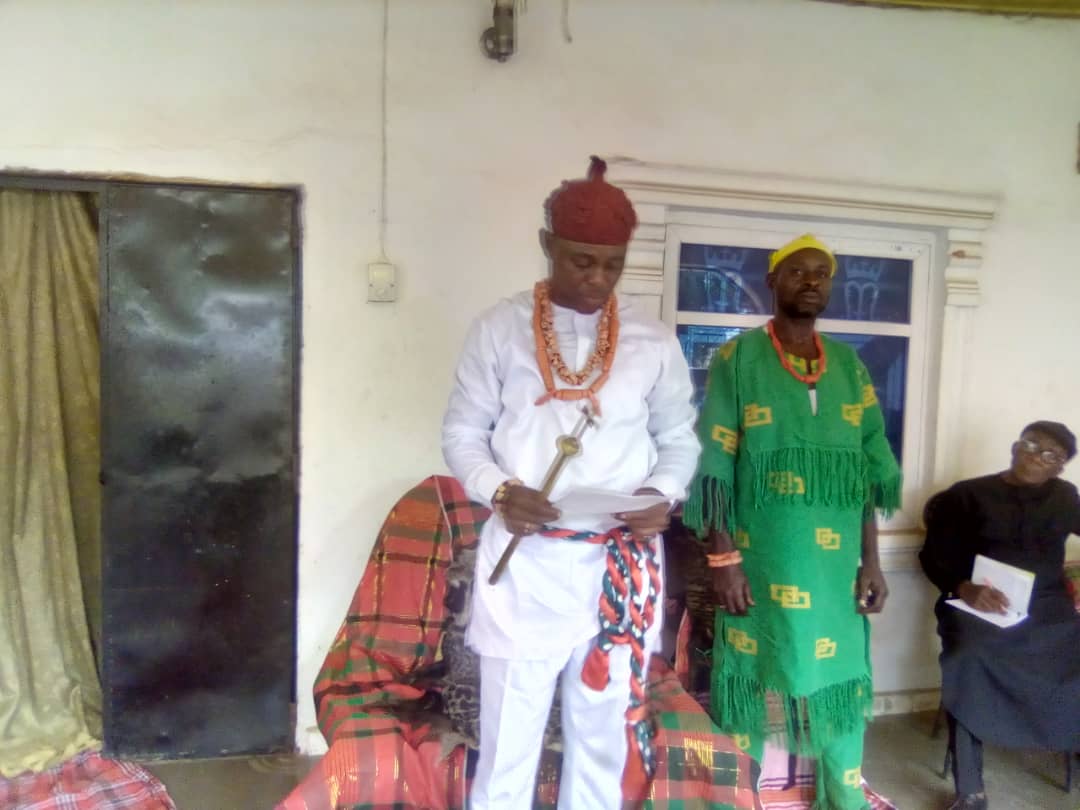 Dr Charles Chukwuemeka Amanze has claimed the Spiritual Leadership in the current agitation for the Sovereign State of Biafra while made stautling proclamation for and against the struggle.

The self acclaimed spiritual leader who revealed himself in an eight page Press Statement titled “Imo Declaration A Message from the gods” he presented while addressing cross section of Newsmen at his Country home in Umunelu Nsirimo in Umuahia South Council Area of Abia State enjoined people of South Eastern Zone to be vigilant in securing thier communal Territories.

Dr Amanze who said he is the convener of Eastern Youth Network (EYN) expressed worry over alleged killings of youths in the hands of Security Agencies with the allegations of either being IPOB members or operatives of the Eastern Security Network.

According to the text presented, made available to newsmen, Dr Amanze maintained that the South Eastern Zone has remained peaceful and law abiding wondered reason for the escalating insecurity and alleged killings of its youths.

In the Statement, Dr Amanze who declared himself as the High Prince proclaimed, “By the authority of the high Prince in Me vested, and the Staff given unto me, I speak as the God’s themselves that sent me. From the moment of this declaration till 30 days, any Government officials, or persons, or groups of persons who dare disobey this degree will face eminent rots of the Gods which is death by whatsoever means the Gods deem necessary.

“For the heavens have come themselves to bring peace once again to mankind to usher in the new nation of God’s here in the East and in this Order I have come as messenger if the God’s to make it very well known to all and also to constitute same for for the good if mankind, in this vain, witnessed the I’ll situation of the environment in general and in the inbalance nature of Government.

“I hereby by the authority speaking on behalf of the God’s and ancestors of the East decree that every youthful functional activities of the present is hereby dissolved and replaced with the activities and authority of Eastern Youth Network”, he maintained