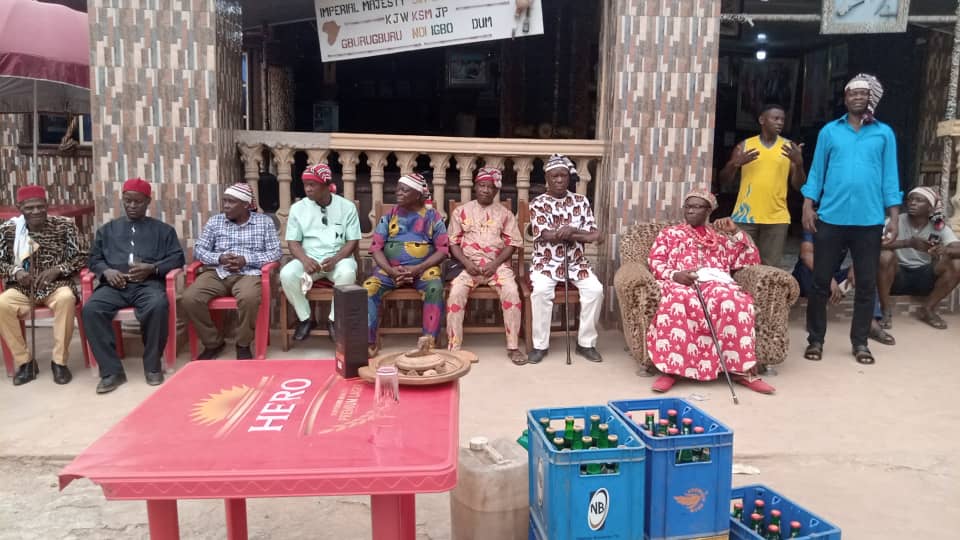 The Patron Abia State Okonko Society (Olokoro clan chapter) His Imperial Majesty, Sir Mishak Nnanta KJW KSM JP (Gburugburu Ndi Igbo Dum) has assured that positive culture, identity and tradition of Olokoro clan which are not functional presently would be reactived under his watch.
While addressing the ‘Umu otu uke Okonko Olokoro’ who paid a courtesy visit to him in his  Gburugburu Ndigbo Dum’s Palace. Umuajata Olokoro, Umuahia South L.G.A, of Abia State, Sir Nnanta maintained that the rich and good cultural heritage and recreation of which the clan is known for, will not die or relegated.

Nnanta assured that he will revamp and bring back ‘Obini’, which he pointed out was the true symbol of Olokoro clan and one it’s cultural recreation.

He therefore called for a harmonious relationship between the ‘Umu otu Uke’ and the Okonko Society for a better Olokoro clan.

Specifically, the Chairman of ‘Umu otu Uke Okonko Olokoro’ informed Nnanta of a grand civic reception in his honour which when the arrangements are concluded will take place at the Ahiaukwu-Olokoro market square.