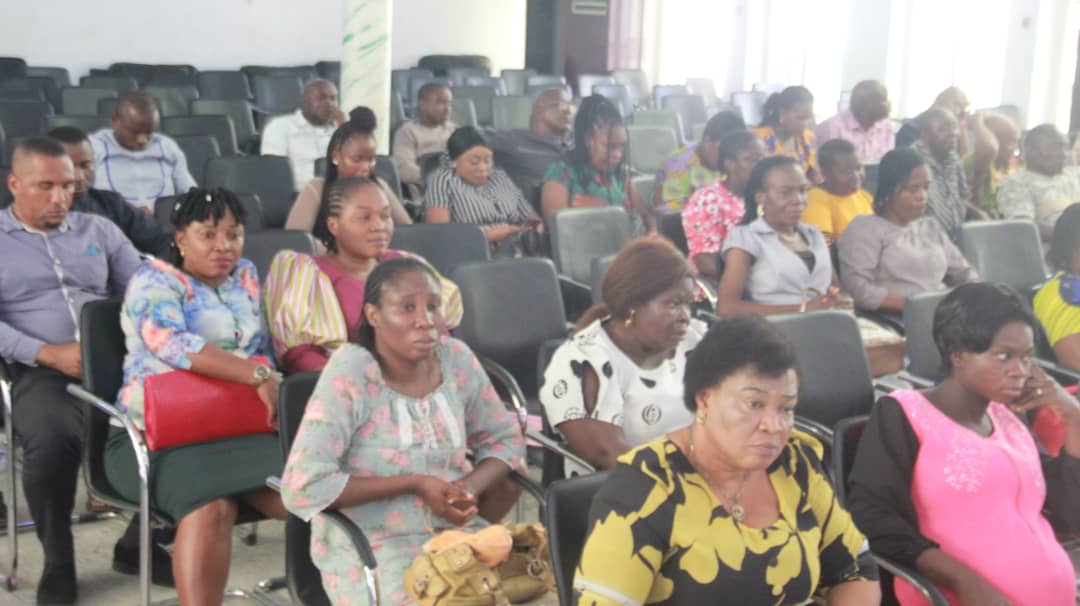 The Abia State Government has described the call for States Contributions to the ongoing review of Revenue sharing formula by the Revenue Mobilisation Allocation and Fiscal Commission (RMAFC) as apt to engendering True Fiscal Federalism among the tiers of Government.

The Commissioner for Finance Dr. Aham Uko who stated this during a town hall meeting with the Revenue Mobilization Allocation and Fiscal Commission members (RMAFC) led by the Chairman, Indices and Disbursement Committee, Dr Chris Akomas at Michael Okpara Auditorium, Umuahia assured that the State will give RMAFC the needed support in her mission.

Uko who asked earnestly that States should be allowed to manage resources in their domains, lauded Governor Okezie Ikpeazu for his doggedness and proactivenes in setting up a Committee headed by him towards the direction and to make the task easier, assured of providing workable template to assist the Commission in the onerous task of bequeathing to the nation a fair and equitable Revenue sharing formula.

In his speech earlier, the Revenue Mobilization Allocation and Fiscal Commission members (RMAFC) led by the Chairman, Indices and Disbursement Committee, Dr Chris Akomas assured that the programme would offer a new and people-oriented revenue sharing formula for the nation in the shortest possible time.

He solicited necessary and positive contributions through the interactive sessions, noting that the sensitisation programme was part of the commission’s mandate, as stipulated in relevant sections of the 1999 Constitution, to review the country’s revenue sharing formula to meet the yearnings of  tiers of government and  generality of people in the light of changing realities.

The Event which had an interactive session had in attendance the ALGON Secretary and Executive Chairman Isuikwuato L.G.A, Chief Chima Agbaeze, the Permanent Secretary Ministry of Finance, Mr Kelechi Alozie among others.