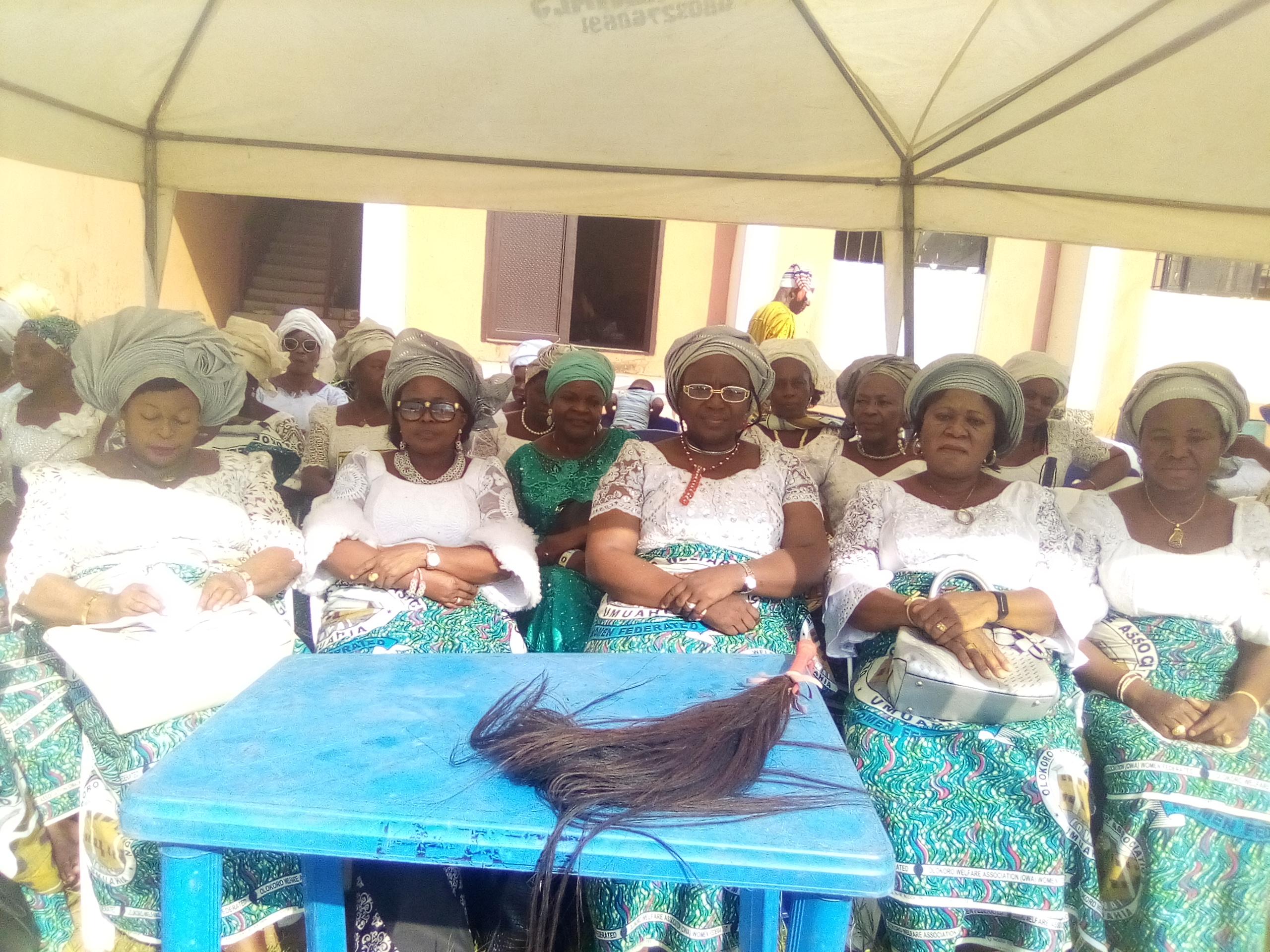 Olokoro women have been enjoined to embrace entrepreneurship skills in order to cultivate unique skills and think outside the box.

Ugoeze Ifeanacho revealed that the theme is in line with that of the 7th Annual Women’s August Delegates Conference, AWADEC  (Year 2021 edition)  organized by the office of the wife of the Abia State governor which had the theme, “Choose To Challenge”.

The OCDUWF PG said, “As women, we have chosen to challenge unemployment, hunger, poverty among others through entrepreneurship”.

She called on all education loving and friendly Abians to assist OCDUWF in establishing a well equipped E-library (which has been fully tiled, painted, plumbered and awaiting equipment) for the Clan, assuring that the union is committed to channeling the proceeds accruing from the annual conferences towards development projects in Olokoro Clan.

Lady Ifeanacho who was also conscious of the security challenges bedeviling the Southeast and Nigeria as a whole, implored mothers to place surveillance cameras on their children to ensure that they do not keep late hours outside, even as she prayed God to protect Olokoro children who are offering vigilante services in the clan.

Speaking in the same direction, the President General, Olokoro Clan Development Union, OCDU Mazi DEA Nzenwa passionately appealed to parents to make out enough time to socialize their children and wards to internalize socially accepted behaviour and try as much as possible to avert cultism and drug use and abuse.

Nzenwa who decried that the influence of such vices have greatly affected the sustainability of most of the infrastructural projects attracted to the clan by their children, said, “It is not a good development for us to be investing our resources for the development of Olokoro Clan while some of our youths and their friends of like-mind continue destroying them”.

While eulogizing the sterling leadership of Lady Ifeanacho and the strides recorded by OCDUWF, Mazi Nzenwa described August Women Conference as an avenue where the home based women together with those at major cities and in diaspora gather to discuss and review matters affecting the community development, conflict management, human development and other economic and cultural initiatives.

Some of the recipients of the OCDUWF ‘Ugochinyere Olokoro’ award – Mr. Ugochukwu Ejim; Comrade Lewechi Nzeadibe; Mrs Rosemary Nkechi Ikechukwu; Dr. Odinakachi Umekwe who spoke to a cross section of Journalists shortly after receiving their awards, lauded the OCDUWF for the honour and called for a collective efforts towards the training and rehabilitation of Olokoro children who they described as industrious children, who only needs the needed support to excel.

Also, some of the sons of Olokoro Clan who include: Engr. Uchechukwu Adieze; High Chief Monday Okebugwu and Engr. Ezeala Chidi and Sir Mathew Ikechukwu Uzuegbu, the Chief launcher described the E-library project as what the clan was clamouring for, particularly in this digital age. They expressed optimism that the project will positively benefit many homes even in the years ahead.

Earlier in his opening remarks, the Chairman of the occasion, Sir Ifeanyi Okpechi pointed out that the women August Conference not only afforded the women the avenue to plan for future development but also served as a solemn moment and sober reflections or appraisal of the performances of the women within the period.

The five days programme which attracted the presence of the third deputy, Abia State Traditional Rulers Council, Eze Godfrey Onwuka and other traditional rulers from Olokoro Clan, featured a dance walk around Ahiaukwu for awereness creation; egg race; charity to the selected indigent women; novelty match between the host branch team and OCDU Women team; village conferences; award giving and fund raising for the E-library among others.