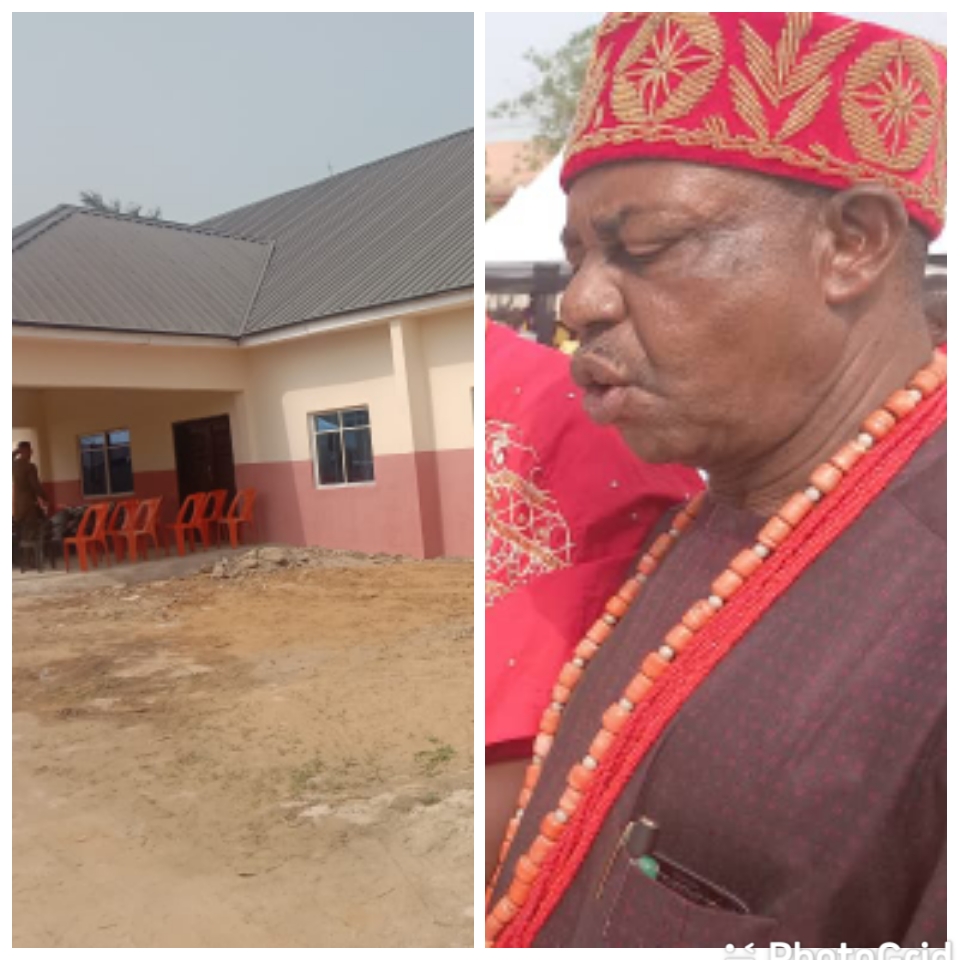 Oriendu Community Development Union cottage hospital has been dedicated to Nneoma Ola Ajunwa, who has taken a bow from the earth planet.

Speaking during the event, Eze Pastor Philip Ajomiwe, the immediate past Chairman Umuahia North Traditional Rulers Council and the traditional ruler of Oriendu autonomous community, Ohuhu clan said the action was in recognition and appreciation for the selfless role the deceased played towards the actualization of the cottage hospital in the community.

Eze Ajomiwe who eulogized the sterling attributes and performance of the late Nneoma Ola Ajunwa, commiserated with her family over the irreparable loss and prayed God to grant her soul eternal rest.

The OCDU described the deceased as an iron lady, a woman of valour, virtue and honour, who stood tall among her contemporaries, which they said, she maintained until death”.

The OCDU recalled that, “In December 2020, we celebrated with late Nneoma Comfort Ola Ajunwa when she organized a successful fundraising ceremony for this cottage hospital at Oriendu market square, little did we know that it was her last public appearance.

“It is unbelievable that we are here today being December 23rd 2021 to commiserate with her family for her burial instead of the commissioning of the gigantic project as we had hoped”, OCDU lamented.