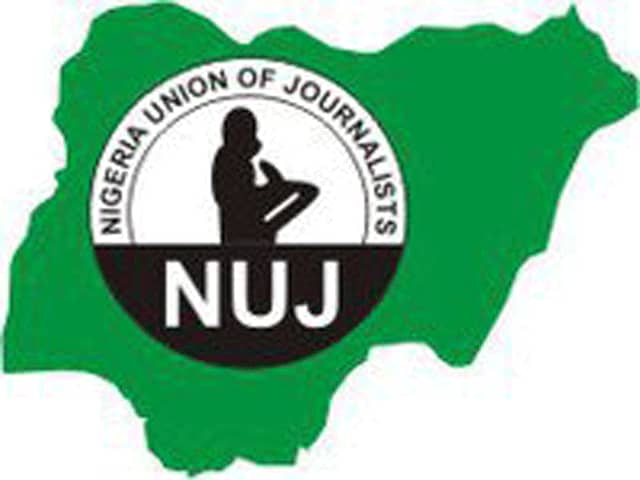 NUJ TRIENNIAL DELEGATES CONFERENCE: Credentials Committee Speaks On Court’s Decision …Says Whole Thing Remains In The Realm Of Rumours, As It Has Not Be Served

The NUJ National Credentials Committee led by Mr. Garba Muhammed has informed the State Councils and Delegates to the Union’s TRIENNIAL DELEGATES CONFERENCE “UMUAHIA 2021” that the conference will hold as scheduled in line with the mandate given the committee by the National Executive Council, NEC and the Union’s Constitution.
This is even as the Committee maintained that members were yet to be served with any court decision or order to stay action on the conference in Umuahia as being circulated on the social media and as such the whole thing remained in the realm of rumours.
The committee pointed out that, “It is necessary to set the record straight that as at Sunday 3rd October, 2021, the Committee and its members are yet to be served personally with any Court process or Order that can warrant us to stay action on the conference and election of National officers”.
The commitee stated that it would be a betrayal of the mandate of Nigerian journalists to rely on speculations on social media to act on such an important issue like the 2021 NUJ TRIENNIAL DELEGATES CONFERENCE.
“For emphasis, the NUJ TRIENNIAL DELEGATES CONFERENCE “UMUAHIA 2021” will hold between Tuesday 5th and Wednesday 6th, October, 2021 with departure on Thursday 7, as earlier scheduled and we urge State Councils and Delegates to comply appropriately.
“For the avoidance of doubt, the Rules of the National Industrial Court states inter alia: The provision of order 9 rule 13 (1), (2) and (3), Judgment enforcement Rules of the Sheriff and Civil Process Act and Order 63 Rule 2(1) of the National Industrial Court of Nigeria (civil Procedure) rules 2017, clearly provided that a judgment creditor who intends to commence committal proceeding against a judgment debtor has to apply to the registrar who shall issue a copy of the order endorsed with a notice in form 48, then that endorsed copy shall be served on the judgment debtor in like manner as the judgment summons.
“The law require personal service of the endorsed order on the respondents. If not served it is fatally irregular and subsequent proceedings based on it should be dismissed”.
The committee which cited OMOPENA V ADELAJA (supra), KADIRI V KADIRI (1990) 5 NWLR (Pt.153) 665, stated that, “The same result follows if the order is not served at all. The service must be personal.  Motion and forms 48 and 49 must be personally served.
“See UHUMWANGHO V OKOJIE (1989) 5 NWLR 471, ENABRIHERI V ATAMABO (1967) NMLR 216, and the need for such service is not obviated or dispensed with merely because the judgment debtor knows of the existence of the order even if he was in court when it was made. See TUCK, MURCH V LOOSE,ORE (1906) 1 CH 692”, the committee buttressed further.

Meanwhile, the NUJ National Credentials Committee has announced the dates of the delegates conference scheduled to hold in Umuahia, Abia State capital.