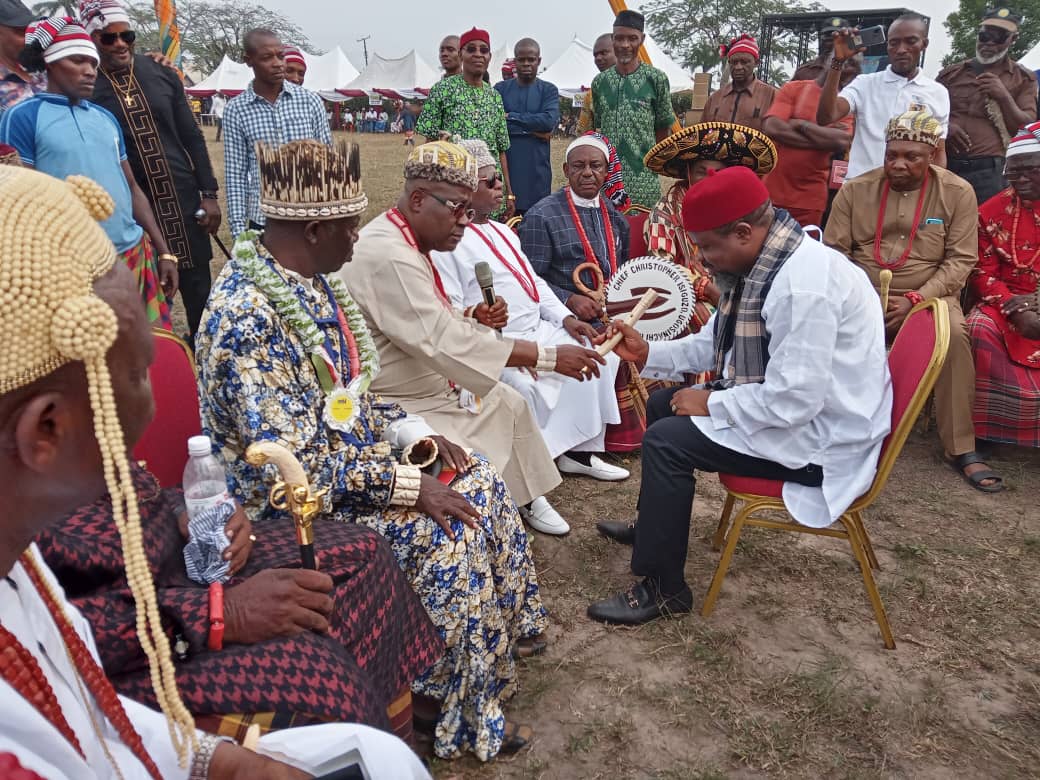 The National President, Nigeria Union of Journalists, Chief Chris Isiguzo has stressed the need for the inculcation of the rich cultural heritage of Ndi Igbo to the younger generation as a way of projecting and sustaining the People’s Identity.

Chief Isiguzo who said this shortly after being honoured with the traditional title of UGOSINACHI OHUHU by the Ohuhu traditional rulers council at the maiden edition of the Iri Egwu Ohuhu carnival organized by the Ohuhu Welfare Union worldwide, appreciated Ndi Ohuhu for the honour and pledged not to let them down.

Speaking while decorating the NUJ National President with the new chieftaincy title, the Ohuhu Council of Traditional Rulers led by its Chairman, Eze Nnamdi Ofoegbu described the honour as an acknowledgement of the achievements of chief Isiguzo in the Journalism Profession and for projecting Ohuhu clan in positive lights and urged him not to relent.

In his speech, the President General, Ohuhu Welfare Union worldwide, Sir Obi Aguocha noted that the maiden Iri Egwu Ohuhu carnival with theme “Taking the lead for a sustainable future” signifies the unification of Ohuhu people  for greater attainment and expressed optimism that the future of the clan and the carnival is brighter.