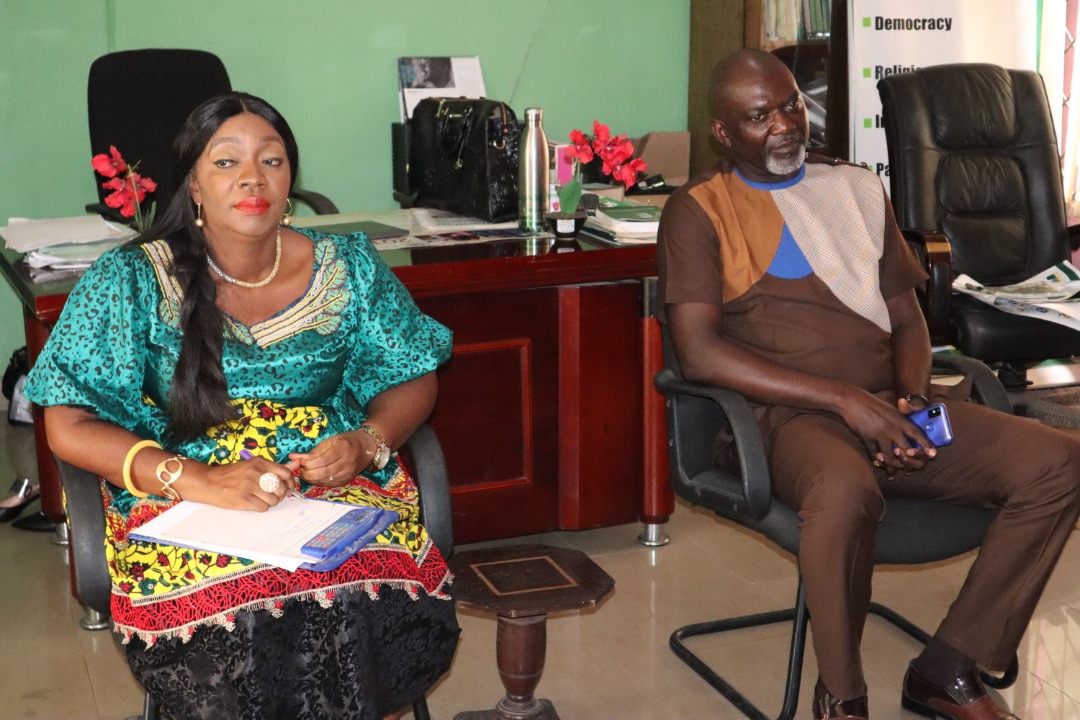 The Abia State Director, National Orientation Agency, NOA Lady Ngozi Okechukwu (Ph.D) has disclosed that the Agency has a widespread structure which other agencies and establishments could leverage on to reach to the people at the rural communities and to communicate any  programme or policies of the government.

The NOA Director who made this assertion in Umuahia when the State Director Code of Conduct Bureau, Mr. Sunday Ade paid a courtesy visit  in her office, stressed the importance of strengthening the synergy between NOA  and the Bureau as a means of sensitising the public servants of the roles of the Code of Conduct Bureau.

She affirmed that the NOA is  commited at all level to develop a Nigerian society that is orderly, responsible and disciplined, where citizens demonstrate core values of honesty, hardwork and patriotism.

Lady Okechukwu expressed the willingness of her agency to partner with relevant government ministries and agencies to communicate government programmes  and policies to the masses.

Her words, “This is in line with the mission and vision of the National Orientation Agency as a responsible government organ whose role it is to ensure that government programmes and policies are better understood by the general public and also to generate favourable public opinion for such programme and policies”.

She affirmed that the NOA is  committed at all level to develop a Nigerian society that is orderly, responsible and disciplined, where citizens demonstrate core values of honesty, hardwork and patriotism.

The NOA Boss noted that any policies that the people do not understand is useless.

Earlier the State Director of Code of Conduct Bureau, Abia State Mr  Sunday Ade said corruption is the greatest challenge stagging before the nation today and as such should not  be swept under the carpet.

He stressed that people should not be allowed to steal before they are prosecuted rather the people should be properly sensitised to know that corruption is evil which should be wiped out of the country.

Mr. Ade said they were in NOA to  seek for ways of collaboration on how to publicise the activities of the Bureau.

He added that the mandate of the Code of Conduct Bureau covers  only the public servant whose salaries are drawn from the federation account.

He reiterated that the Bureau had the power to intervene in areas of the public service welfare, where there are conflict of interest, abuse of power of office, officers with foreign account, collection of bribe and others.

He urged civil  servants  to file their  complains to the  Bureau when they feel short changed or suppressd for a redress.