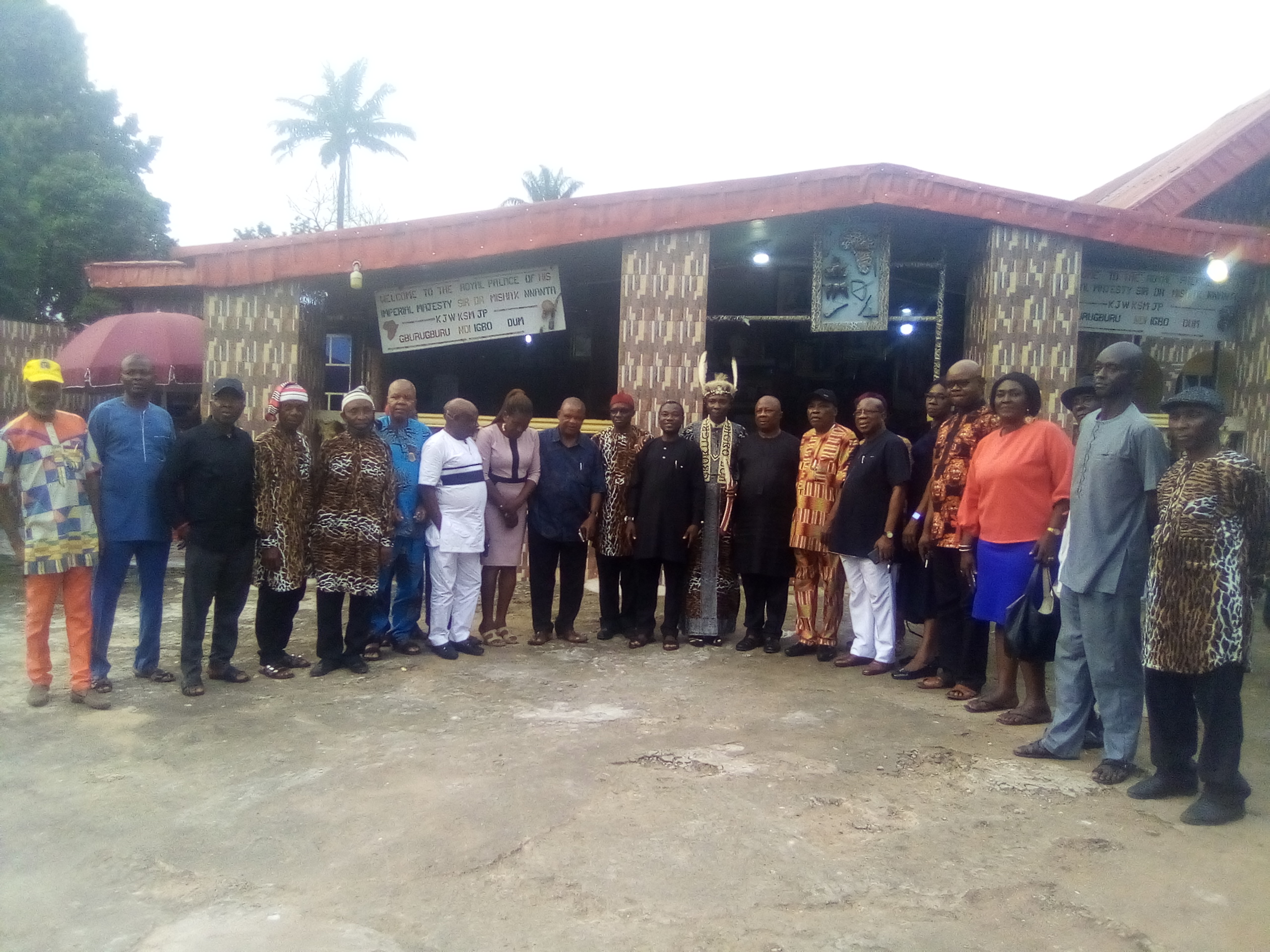 Nigeria Will Never Be Fixed Until…. IWU PG

From TCNEWS
The Gburugburu Ndi Igbo Dum and President General of Igbo World Union, IWU, His Imperial Majesty, Amb. Sir Dr. Mishak Nnanta (KJW, KSM, JP) has said that Nigeria will never be fixed until an Igbo is elected as the President of the country.

Nnanta who said this in his Gburugburu Ndigbo Dum compound, Umuajata-Olokoro, Umuahia South LGA, when he received in audience the leadership of Network of Heads of Media Organisations in Abia State and the Executive of the Nigeria Union of Journalists, Abia State chapter therefore called on the major political parties in the country to consider fielding in tested, trusted and detribalized Southeastern as their candidates for the year 2023 Presidential election.

Nnanta revealed that the IWU gave President Muhammadu Buhari its blessings and support during his presidential ambition and his reelection also passionately appealed to Mr. President and other regions of the country to step forward boldly and collectively make the Igbos the flagbearers of their parties and elect the best among others as the President.

His words, “For peace to reign in any society, there must be fairness, justice, equality and equity. The Igbos are the first son of Nigeria and we are not leaving Nigeria for anybody. We will remain here with our younger brothers. If given the presidency, we will not divide this country as some school of thought believed”.
“Believe me, Nigeria will experience growth, development and progress in all ramifications, once a detribalized Southeastern emerged as the President of this country”.

He however called on the Igbos to eschew venom, vengeance and vendetta and embrace unity in order to bring out the best candidates for the election that will produce the best among equal to lead Nigeria, come 2023.

He lauded a nonagenarian and the first Republic Aviation Minister, Mbazulike Amaechi, the founder and President of Vision Africa, Bishop Sunday Onuoha, a former governor of Anambra State, Chukwuemeka Ezeife, Tagbo Amaechi and Goddy Uwazurike among other Igbo leaders for meeting President Buhari on the issues affecting the region at the Presidential Villa, Abuja.

Nnanta maintained that the hand of God is upon the IPOB leader, Mazi Nnamdi Kanu and the course/cause he is fighting is real, only that he needs to study how best to relate with the elders in order to accord them the needed respect as his fathers and elder statesmen.

In their respective speeches, Sir Uchenna Dike from the Network of Heads of Media Organisations in Abia State and the NUJ Chairman, Comrade Victor Ndukwe commended Sir Nnanta on his roles to galvanize, advocate and dialogue with not only the Southeast politicians but politicians in the other regions of the country in order to make a detribalized Southeastern, the president of the country.