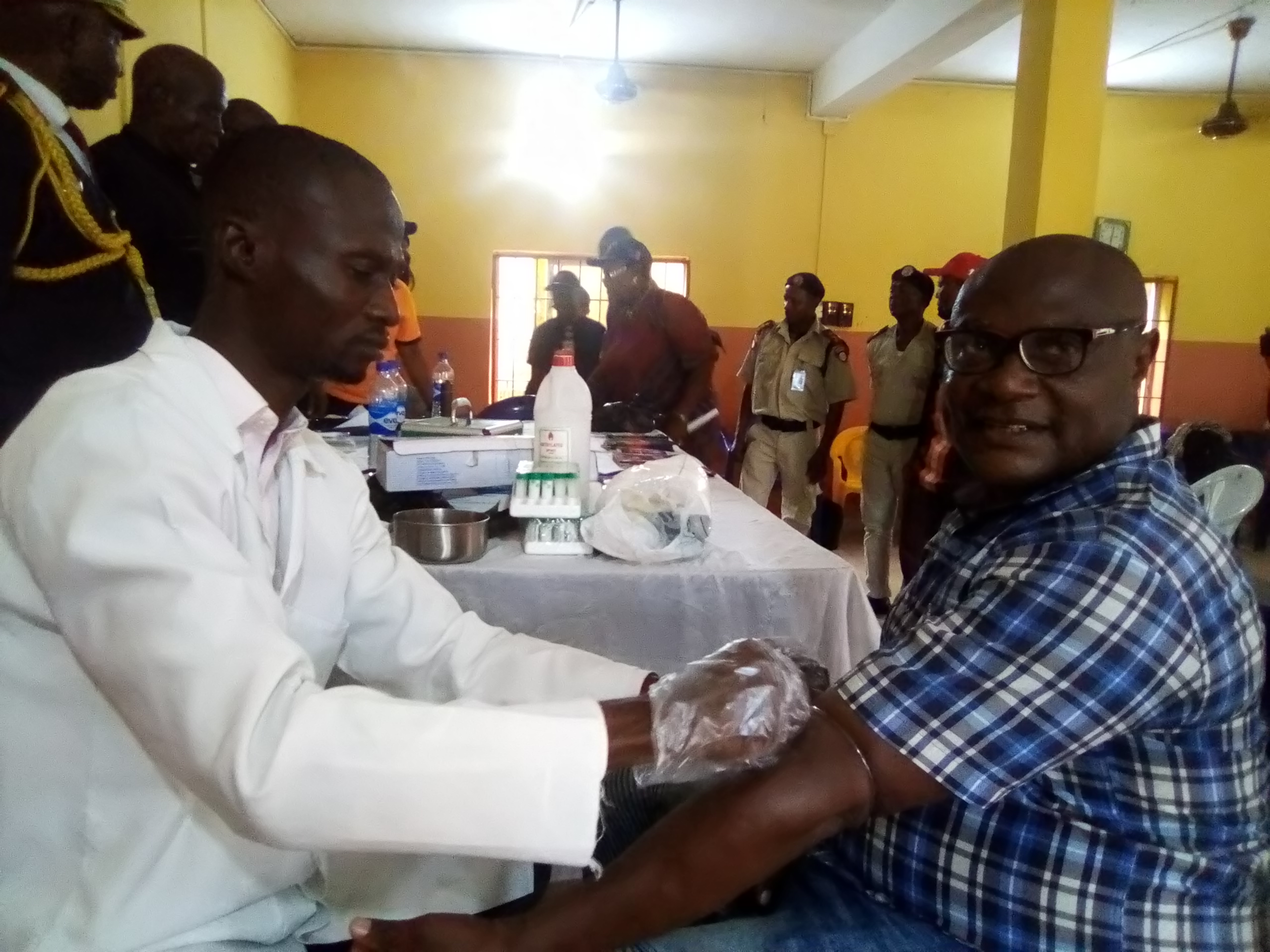 In a positive move to as ascertain the health status of her officers, the Nigeria Hunter Council, NHC has embarked on medical research/ exercise across the 36 states of the Federation.

Dr. Igbarumah who appreciated the Commander General for approving the medical research, which will affect about 300 registered hunters in the state, disclosed that NHC has been working harmoniously with every other security system in Nigeria.

Igbarumah said, “Nigeria Hunter Council has come a long way to be part of safety and security of our nation and our environment”.

In their respective speeches, the Deputy Commander General (Administration), Barr. Lawrence Ekwulisi; the zonal Commander in chair of the Southeast, Assistant Commander Chijioke Ihenwosu and the Abia State Commander, Mr. Sunday Chukwudigwu pointed out that Hunter Council was designed to boost grassroots Security to further enhance the protection of lives and property in the country.

The officers who appeared perturbed by the activities of bandits, kidnappers and other forms of criminality facing the country, remarked that the Hunter Council has been assisting to overcome various security challenges bedeviling Nigeria

They maintained that without effective security of citizens, no meaningful development coulb be achieved.

They further disclosed that NHC has been complimenting efforts of other security agencies in safeguarding Nigerians and had also been assisting some state governments in combating insecurity in their states.

Speaking shortly after undergoing the medical processes, Chief Ikechi Osondu and Mr. Johnson Uzondu in charge of Nigeria Hunter Council, Ikwuano L.G.A, of Abia State said that pointed out that the exercise was designed to ensure that officers were physically and mentally fit for the job.