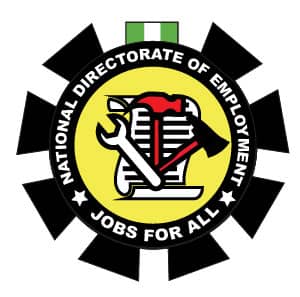 The National Directorate of Employment, NDE has  flagged-off a novel job creation programme termed “Enviropreneurship Development Scheme” EDS for thirty (30) participants drawn from a pool unemployed persons across the state.

The scheme was designed to convert waste materials like paper, wood, plastics and scrap metals to marketable products through recycling thereby creating wealth from the hitherto wastes.

Flagging off the one day orientation programme at NDE office premises, Amuzuta, Old Umuahia, the Director General of NDE, Mallam Abubakar Nuhu Fikpo represented by the Abia State Coordinator of NDE, Mr Chima Uzoma Ibeh told the participants that they were amongst the lucky beneficiaries drawn from the six pilot states in the country which includes Abia State.

He mentioned that the programme will later be extended to other states of the federation after this first pilot phase.

In his speech, the Head, Special Public Works SPW department of NDE Abia State, Mr Albert Onuoha said that after the one day orientation programme, the trainees who would be paid some stipends would also be attached to selected master practitioners in the waste collection to recycling value chain industry for the three (3) months apprenticeship trainings.

Responding on behalf of the elated programme beneficiaries, Miss Goodness Ogbonna pledged that they will take their trainings seriously and put in efforts to get out of their current unemployment situation thereby creating wealth as envisaged from the abundant waste materials which abound within the environment.