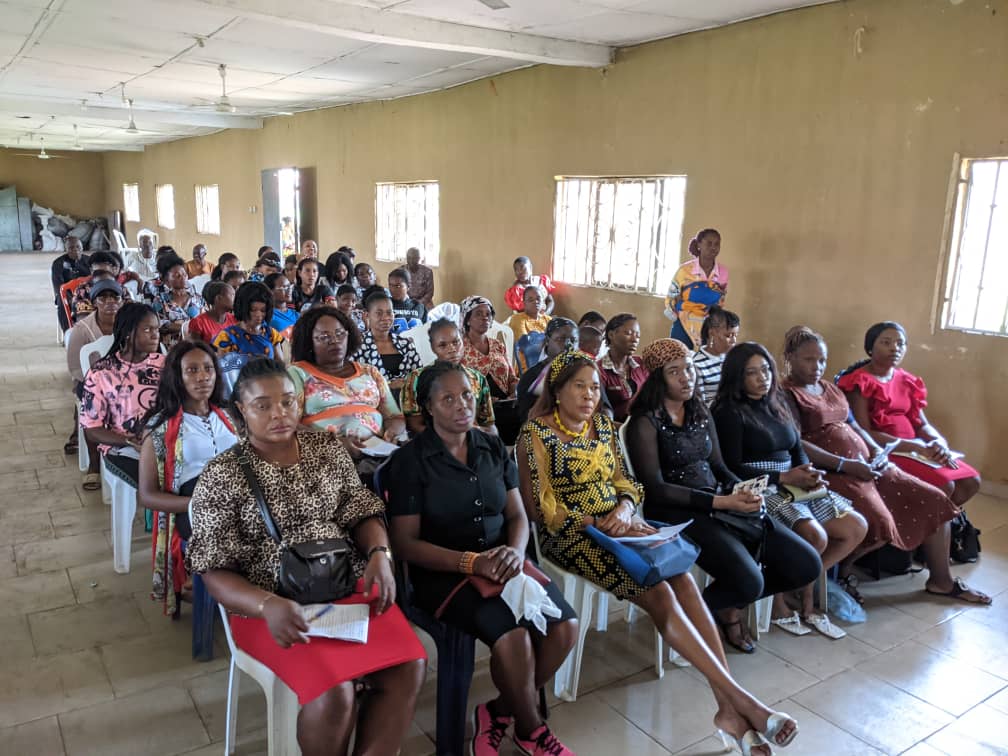 By Our Reporter
The National Directorate of Employment NDE, has flagged-off several training programmes in Abia State for about 130 women drawn from across the state in various contemporary demand driven skills.

The skills include: Tye and Dye clothe making, Stones and Bead making, Make Up and Gele arts, Events Decoration, Natural Organic products formulation and Perfumery.
Speaking at the event which took place at Umuahia South local government area headquarters, Apumiri, the Director General of NDE, Mallam Abubakar Fikpo represented by the Abia State Coordinator of NDE, Mr Chima Uzoma Ibeh told the beneficiaries that they are amongst the lucky few beneficiaries of the national programme designed by the NDE to equip them with the necessary skills needed to be gainfully self employed in today’s contemporary society.
The Director General further indicated that the trainees will be paid some stipend and given lunch all through the 5 days training programme holding at three different training centres which includes Umuahia South and Umuahia North Local government area headquarters.
The third training centre for the programme is situated at the NDE Abia State office complex, Amuzuta, Old Umuahia.
Also speaking, the representative of the Director, Small Scale Enterprises department of NDE, Mrs Shade Uche implored the beneficiaries to take their trainings seriously.
He pointed out that the beneficiaries would be given starter packs at the end of their training.
He also indicated that some of them would eventually qualify for NDE soft loans.
Responding on behalf of their benefitting colleagues, Mrs Alice Elijah for Tye and Dye, Mrs Judith Nwaneri for Event planning, Miss Uju Ewurum for Make-up and Gele making expressed their joy in being admitted into the programmes and promised to make good use of the opportunity to acquire and develop the various skills which are expected to provide them self employment and possibly employment for others.
In his vote of thanks at the end of the official flag-off ceremony, the Head, Small Scale Enterprises department of NDE Abia State, Pastor Boyle Okwandu appreciated the management of NDE at Abuja national headquarters and his colleagues at the state office for their efforts in designing and implementing the various job creation schemes of the directorate.