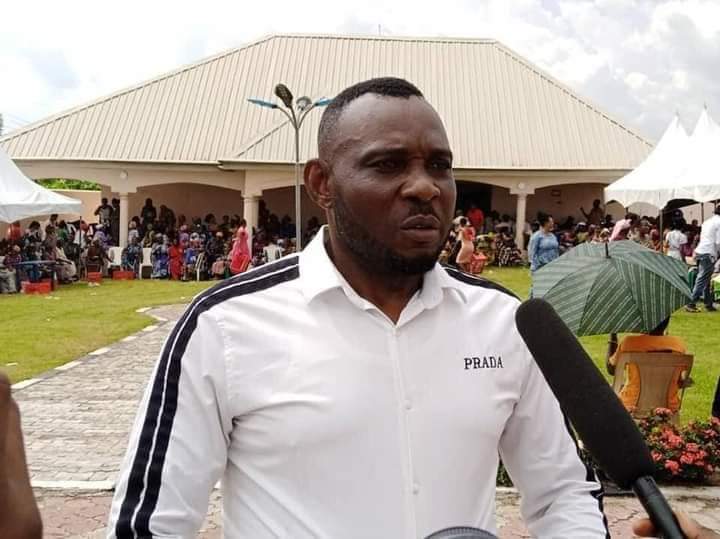 The member representing Ohafia North State Constituency in the Abia State House of Assembly, Chief Mandela Obasi has disclosed that ever since he ventured into politics, first as a transition committee chairman and secondly as elected legislator, he has never turned his back on his people, rather ensured that all the dividends due to them were extended accordingly.

To this end, he made it clear that his third term bid was not borne out of selfish political interest but for the overall interest of the downtrodden, indigent and entire constituents.
Obasi, an accomplished entrepreneur who briefed a cross section of journalists in Umuahia, therefore warned prospective politicians not to make propaganda, pull him down and blackmail their watchword as they will never go far or succeed in politics with such ugly practices even as he maintained his stand to continue to use the proceeds from his legislative function to better the lives of his constituents.

Chief Obasi maintained that he has remained an accomplished man before joining politics, following a clarion call and passionate appeal made by his people to represent them.

He further disclosed that through his activities as a lawmaker, he has given serious consideration for the advancement of Ohafia North State constituency and her people and wondered why those fighting him, most of whom have largely and richly benefitted from his enablement and empowerment programmes and other benevolence acts, would forget such philanthropic and humanitarian gestures in a hurry.

Obasi who pointed out legislative business is a venture of experience and exposure and the more you legislate, the better for your constituents, argued that Ohafia North State Constituency is divided into two – Nkporo and Abiriba and his predecessor served for three (3) terms.

He reasoned that since his predecessor served for three tenures, he passionately pleaded to be allowed complete his, and thereafter, support whomever the constituents chooses from Nkporo to represent the Constituency.

Chief Obasi called on those who do not see anything good about his leadership style to have a rethink and turn overleaf for the overall interest of Ohafia North State Constituency, as he bear no grudge against anyone.