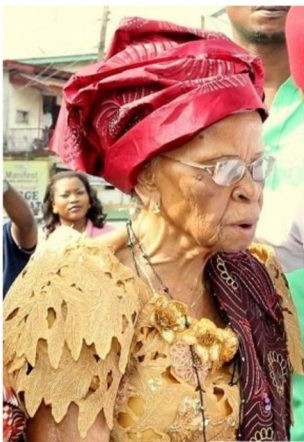 In a release made available to newsmen in Umuahia, Engr. Uchegbuo further described the deceased as an ebullient of knowledge, who came from a very respectable family in Ikwuano.

The release reads, “Ikwuano people have lost one of our dearest daughters. She is very much unassuming but believes in action.

“We all know that in every successful man, there is a woman behind him. The successes of Dr. Michael Okpara cannot be told without the mentioning of our beloved daughter, who was so dear to her husband and contributed by no small measure to the political sagacity and achievements of late Michael Okpara in the precolonial, post colonial and decolonization of Nigeria and the liberation of the most populus nation in Africa, Nigeria; and the enthronement of democracy in Nigeria, and the successes Okpara recorded in the Eastern region as the Premier.

“She died at a very ripe age of 99 and we thank God for the life given to her. We thank God for giving the Igbo race such a philanthropic woman. We are so much pleased that after the death of her husband, her second son, Chief Uzodinma Okpara took over as ‘Omekannaya Nke Mbu na Alaigbo’, and his conduct, his leadership style, his philanthropy, helped to prolong the life of our mother.

“We thank God for Uzodinma Okpara and we pray that God will give him, the entire family, Ohuhu clan, the Igbo race and Nigeria the fortitude to bear the irreparable loss”.