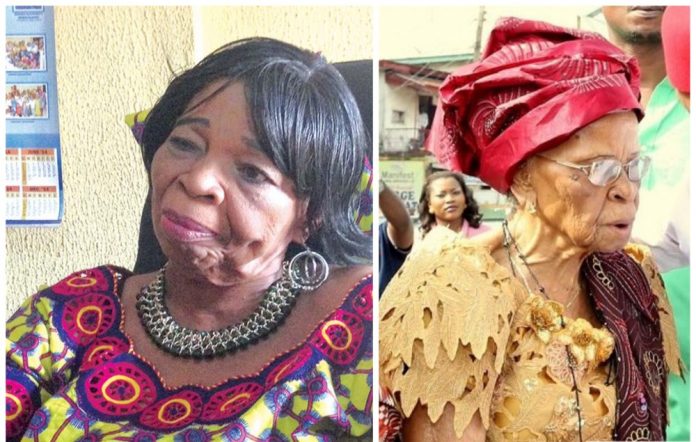 As Nigerians continued to bemoan the exit of two prominent Abia Amazons, Lady Victoria Aguiyi-Ironsi and Nneoha Adanma Okpara, the Chancellor of Gregory University Uturu, Prof Gregory Ibe has said that “In both Lady Victoria and Adanma Okpara, Abia suffered the loss of a unique breed of women who signposted the rare qualities of courage, bravery, astuteness and motherliness.

Speaking against the backdrop of news conveying the coincidental death of the two notable women, both at the age of 97 and almost on the same day, Prof Ibe described the development as “a tragic double whammy of substantial proportion”.

According to Prof Ibe, “As youthful wives of our late revered leaders, General Aguiyi Ironsi and Dr Michael Okpara, they were supportive partners of progress to their husbands, who were both saddled with the responsibility of championing the cause of the masses, at national and regional levels respectively. It is on record that these Amazons never disappointed but excelled on all fronts”.

Condoling the government and people of the state, Prof Ibe encouraged Abians, especially members of the bereaved families to bear their loss with stoic equanimity especially in acknowledgemet of the legacies they bequeathed humanity.

He therefore enjoined the state government to immortalize the late women by naming some strategic public infrastructure in their honour, especially in view of the coincidence, omen and symbolism of their double death within the season of commemoration of the thirtieth anniversary of the creation of Abia state.