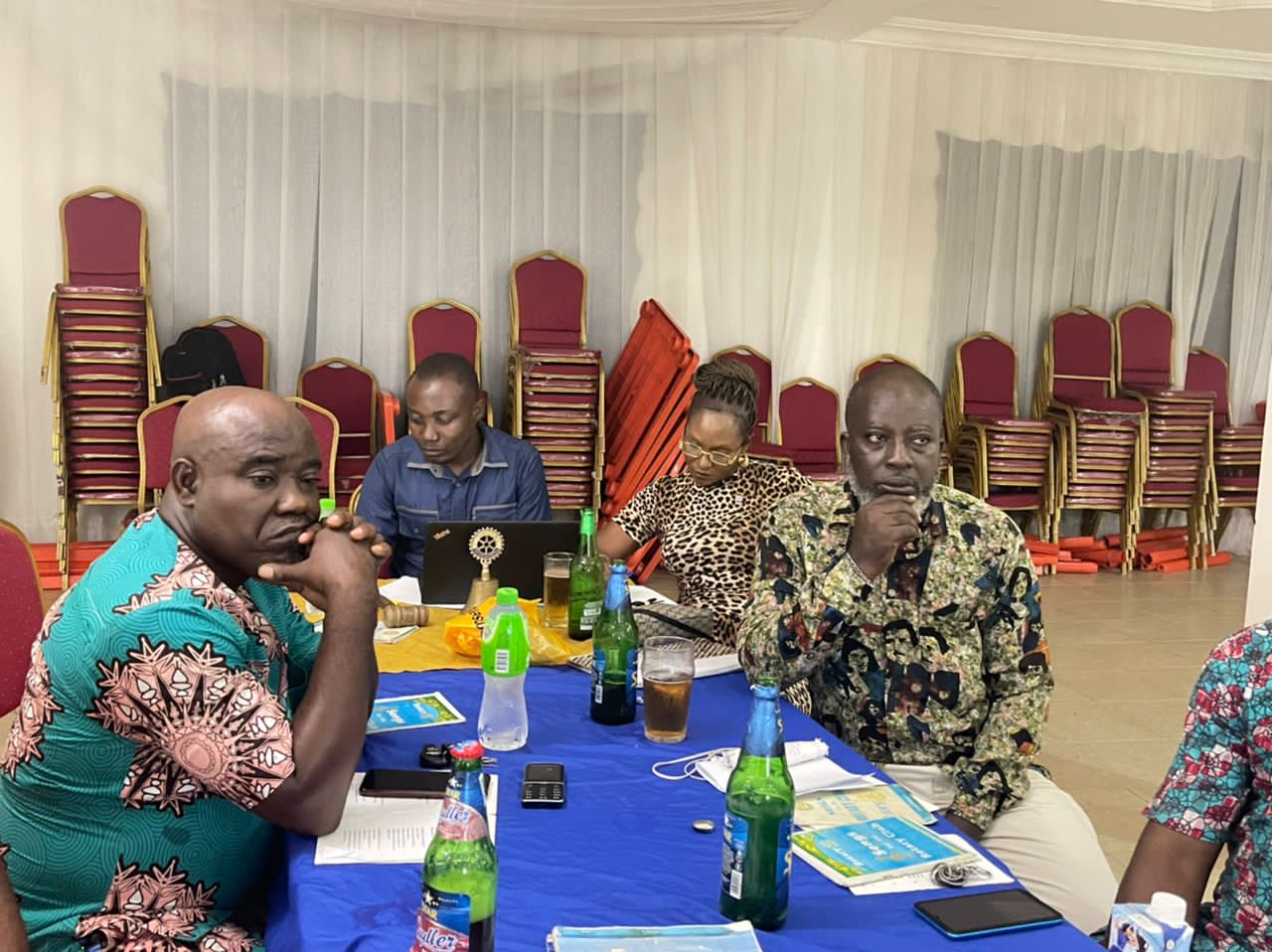 Join Rotary And Learn How To Be Good Administrators, Rtn. Ochiabuto Tells Politicians

As the year 2023 general election gradually sets in, aspirants for various political positions in Nigeria who are yet to join Rotary Club, have been encouraged to do so in order to learn how to be good administrators.
Rtn. Ekele Ochiabuto, the Assistant Governor Zone 5 District 9142 made the call shortly after delivering a  lecture entitled, “Rotary Learning Centre: Club Administration” at a special fellowship organized by Rotary Club of Umuahia North, District 9142.
He disclosed that Rotarians pass through series of expositions to have an indepth knowledge of a successful administration, which has greatly affected the Club’s leadership even to its transition process, which has been adjudged as “Near perfect”, by observers.
Rtn. Ochiabuto said, “A Rotarian will make a better administrator anywhere he or she finds his or herself because we pass through trainings on administration both online and physical training. By the time you are through with those trainings, you would have been well positioned to handle any kind of administrative work.
“So I am using this opportunity to call on those politicians who are yet to join the Club to do so, so that they can be politicians with a difference”.

According to him, Club administration is very critical in Rotary and a successful club live within the balance and partnership between: High-quality coaching and coaching support; and Effective governance and leadership that provides direction and not micro-management of club programmes.