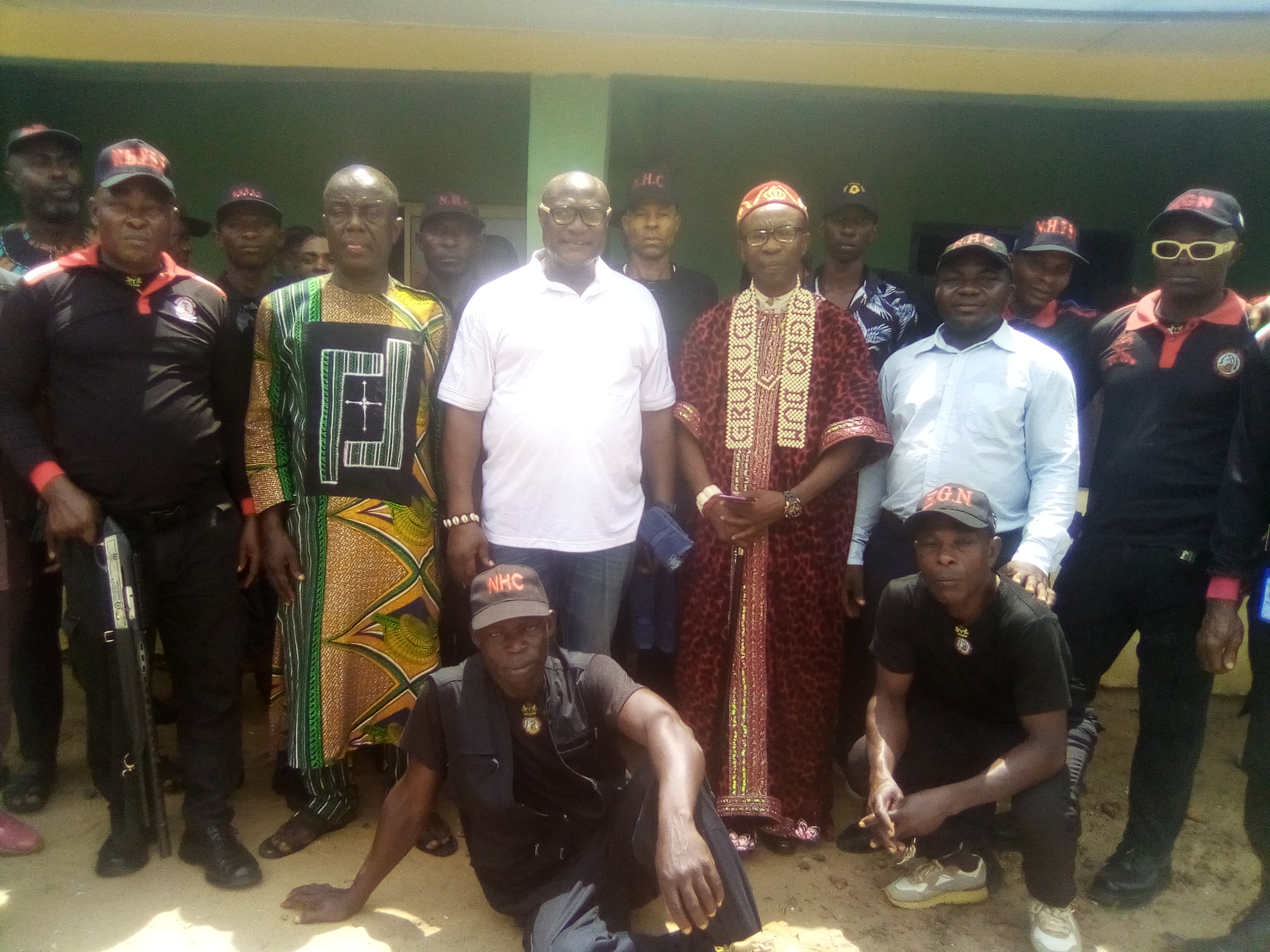 The Abia State commandant of Nigerian Hunter Council, NHC, Nze Sunday Chukwudiegwu has expressed the preparedness of the group to ensure that peace and security becomes topmost in the state.

Speaking in the NHC Secretariat in Umuahia during a visit by the Igbo World Union, IWU and Igbo Vanguard Group IVG, Nze Chukwudiegwu pointed out that NHC is a paramilitary group that complement the existing security agencies with a view to ridding communities of crimes and criminalities by providing Intel to them.

He made it clear that hunters through their trainings can effectively comb the forest to fetch out hoodlums and stranger elements, disclosing further that hunters are ready to hunt down insecurity in not only Abia but Nigeria in general.

Earlier in his speech, the Secretary General of Igbo Vanguard Group, Chief Ikechi Osondu disclosed that the IWU and IVG are made up of patriotic citizens who fight for the cause and course of humanity.

Speaking respectively, the President Generals of Igbo World Union, IWU Sir Mishak Nnanta and Engr. James Nnadozie Uchegbuo of the Igbo Vanguard Group, IVG pointed out that their organizations are fighting for the protection and progress of the Igbos.

While calling for peace and harmony among the Igbos, they solicited that the region should be well represented in the NHC, even as they promised to educate the youths on the need to join the group.

They expressed optimism that the NHC in Abia State would be commissioned soon by the national headquarters.