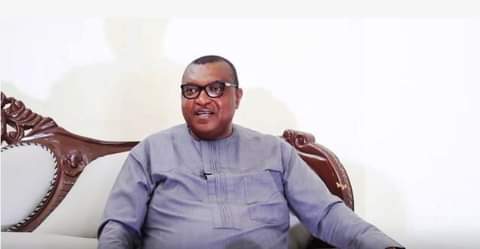 Chief Daniel Eke, a chartered accountant, businessman andformer World Bank staff has maintained that if given the mandate to govern Abia, he will reclaim, restore and modernize the State.
Chief Eke, a governorship aspirant under the platform of All Progressive Congress, APC made his intentions known to a cross section of Journalists shortly before meeting party delegates and stakeholders in Umuahia.

Eke who also promised to put in place a mechanism to process the state waste into wealth if elected as governor in 2023, disclosed that he is bringing in visionary and purposeful leadership and thinking outside the box for Abia.

Eke said, “We are bringing in change, solid and uncompromised change to the people of the state.

“The people of Abia need a new leadership style. They need a fresh person with solid education to bring fresh perspective to the state and help solve its challenges.

“We have a lot of problems in Abia, such as filthiness and lots of trash, though people look at trash as dirt, I look at it as money”.

While promising to recycle trash in the state to make money and ensure good governance and accountability, the aspirants said his administration would cleanup the state and make it one of the cleanest in the country.

Eke further promised to build roads that would endure the test of time, drive the economy for the development of the state; and bring the government closer to the people, especially the grassroot, if given the party’s ticket and elected by the Abia electorate.