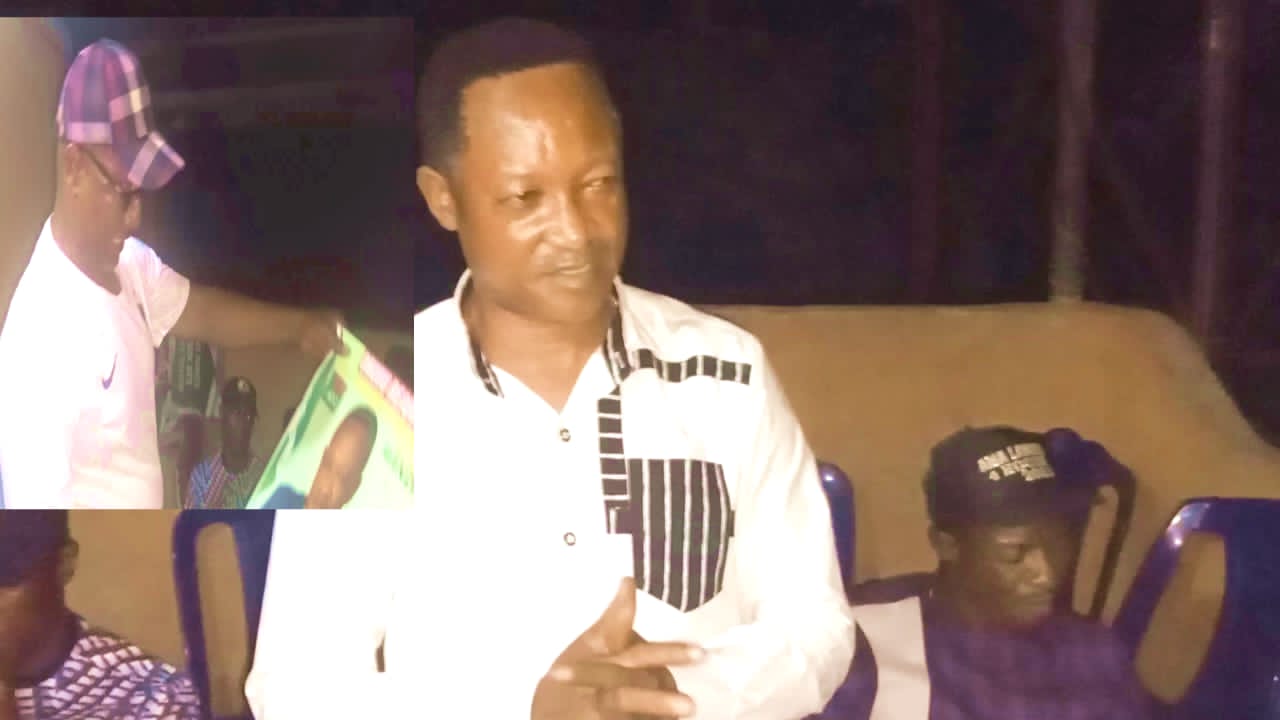 The African Democratic Congress, ADC candidate for Umuahia North State Constituency, Rev. Blessed Amalambu has assured that he will do more in the areas of

constituency briefing and oversight functions, if duly elected as a legislator in 2023.

Addressing the people of Umuezeurola in Umuawa-Alaocha, Ohuhu clan in Umuahia North L.G.A, of Abia State, Amalambu who clearly understood that legislators

had three functions to carry out, namely: lawmaking, oversight functions and representation in terms of attracting projects, decried that Ohuhu people are yet to know what Constituency briefing is all about.

He disclosed his intentions to as an elected lawmaker initiate a constituency briefing and empowerment programme for his people, which will also afford the constituents the avenue to connect with him, know him very well and equally stay up to date with all his legislative activities.

Rev. Amalambu who also understood that Constituency project is an obligation as a

legislator especially given the promises made during campaigns, said, ” I know the way and I will be a voice to the marginalized. Before we embark on any project, we must first carry out a NEED assessment and I will display the highest level of transparency and accountability. I will set a template and our people will know at the end of the day, how legislative business should be”.

He passionately appealed to the people of Umuezeurola to join other wards in Ohuhu Constituency and vote him in so that the vision will not only be actualized but also realized.

Speaking earlier, the ADC Nkwoachara ward chairman, Mr. Udochukwu Okogbue described Rev. Amalambu as a good and marketable product and solicited the vote of the people, which according to him will serve as the strength of the candidate.

“Vote a particular party all the way is no longer a slogan but vote in a credible alternative and in 2023 through the help of the Federal Government and the INEC, there’s a lot of opportunities for us to make our choice with our Permanent Voter Cards”, the ADC Nkwoachara ward chairman said.

In their respective speeches, the President General of Umuezeurola Umuawa-Alaocha Federated Union, Hon. Nduka Ogwumike, Mr. Chijioke Uzochukwu and Mrs Onyinyechi Chijioke described the speech of Rev. Amalambu as well-articulated and reasoned that if voted in as a legislator in 2023 that he will do the right thing.

They maintained that the forthcoming general election particularly the House of Assembly election is the collective turn of Ohuhu people and the only credible alternative is Rev. Blessed Amalambu.