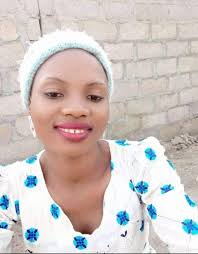 Igbo Organizations have called on Igbos to think towards investing in their region even as they berated the Chief Imam of the National Mosque, Prof. Maqari for his controversial stance on the gruesome killing of Deborah Samuel.

The Igbo Organizations which include, Igbo World Union, IWU; Igbo Vanguard Group, IVG; and Igbo Ekene Global Development Union, IEGDU wondered why the property of the Igbos remained the target every time crisis springs up in the Northern region of the country.

In an exclusive interview with our correspondent in Umuahia, Abia State, the Gburugburu Ndi Igbo Dum and Igbo World Union, IWU President General, His Imperial Majesty, Sir Mishak Nnanta KJW KSM JP maintained that the property of the Igbos destroyed at Sokoto State was not the architect of the problem that led to the gruesome murder of Deborah Samuel.

The IWU PG who expressed deep concern over the activities of some unpatriotic elements who always capitalize on any slightest development to destroy the lives and property of the Igbos, wondered why the Igbo’s property remained the target at every moment.

He passionately called on the Sokoto State Governor, Aminu Tambuwal and other Northern governors to use their good offices to make safety of sojourners in their states their utmost priority, and also to financially assist and compensate the Igbos who lost their property and other means of livelihood during the attack.

While consoling the Eze Ndi Igbo cabinet, Igbo town unions in sokoto and others who lost their valuables during the attack, Sir Nnanta lauded the boldness of the sultan of Sokoto, His Eminence Alhaji Muhammadu Sa’ad Abubakar lll in condemning the cruelty meted to Deborah Samuel.

In their reaction, the IVG President General, Engr. James Nnadozie Uchegbuo maintained that the Boko Haram and the Northern jihadists have through their activities overstressed the patience of other components of the heterogeneous Nigerian State both in religion and development.

He reasoned that the genuine people calling for the separation of Nigeria is not the IPOB rather the Northern jihadists through their actions and inactions, which has at all times questioned the unity of Nigeria.

His words, “We are not in a Sharia law governed country and Nigeria is not a religious state whereby the Islamic law overrules other laws. Anybody that’s accused of any crime under the common law should be taken to court or prosecuted by the lawcourt of competent jurisdiction. The barbaric manner in which the young girl Dorathy Samuel was killed is an affront to dignity of man in any known society governed by the constitution. To try and terminate her life under an obsolete Islamic law is unacceptable.

“The Igbos that are being attacked, did they also commit blasphemy? The innocent Igboman doing his business at Sokoto State is being attacked in his shops and houses for no provocation. Did the Igbos blasphemed? Or are their property also blasphemous?”

While calling on the Imams and traditional rulers in the Northern region to give their people a new orientation for the peace and tranquility of the nation, the IVG said if not for the likes of the Sultan of Sokoto, the IVG would have dragged the Sokoto State Government to the International Court of Justice and the ECOWAS Court for endangering the lives and property of hundreds of thousands of the Igbos in the Northern states who are on a peaceful business with their families.

Also speaking the IEGDU President General, Amb. Moses Onyegbule described as terrible and horrible how Deborah Samuel was killed and called on the government and law enforcement agencies to toe the path of justice to ensure that such incident did not repeat again.

According to him, “the hatred for the Igbos and Christians is becoming obvious and there should be strict measures to stop it now before it is too late”.

While calling on the Igbos to remain calm and think towards investing in the Southeast, he encouraged the Northern leaders to place value on the lives of the Igbos, even as he commended the Sultan of Sokoto for standing by the truth and justice.

Recall that the unfortunate incident of a 200 level female student of Shehu Shagari College of Education, Sokoto, Deborah Samuel, who was mobbed and killed before her corpse was set ablaze within the school premises last Thursday, triggered swift responses from both the Federal and State Governments as well as calls from the Sultan of Sokoto, Alhaji Sa’ad Abubakar; the Christian Association of Nigeria (CAN), the civil society groups, and other well-meaning individuals for the perpetrators to be brought to book.

Recall also that in less than 24 hours later, some Muslim youths in Sokoto State stormed the streets in their numbers to protest against those who condemned the resorting to self-help and jungle justice by those who gruesomely murdered Deborah Samuel for alleged blasphemy.