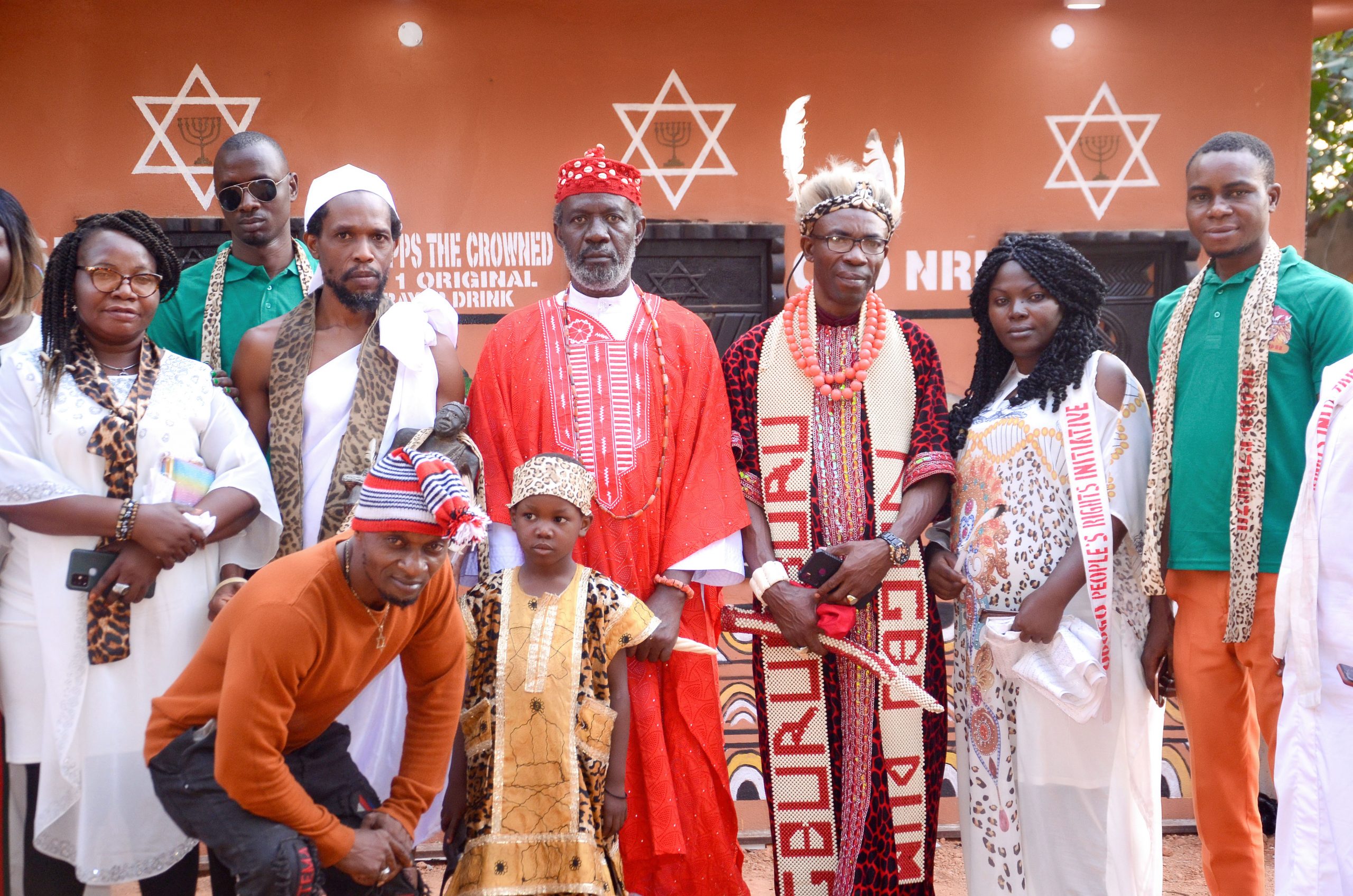 An Elder Statesman and the only surviving minister of the first republic, Chief Mbazulike Amaechi has harped on sustainable Igbo advocacy and enlightenment outreaches that would promote peaceful coexistence.

In his speech at his Ukpor residence in Anambra State during the unveiling and presentation of the Gburugburu Ndi Igbo Dum and President General of Igbo World Union, IWU His Imperial Majesty Sir Mishak Nnanta KJW KSM JP as the ‘Odum ririeze’ by the Igweagu Igbonine, Mbazulike a frontline pre-independence nationalist lauded the selfless efforts made to fish out Nnanta over a decade and charged him to see to the promotion of the Igbo culture and identity.

Mbazulike maintained that peace and reconciliation cannot be achieved with violence, even as he called for assistance from the Igbos to enthrone peace in the Southeastzone and Nigeria, which he believed would be achieved among other yearnings before he joined his maker.
Mbazulike, a nonagenarian, former minister of aviation in the first republic and trade unionist known as “The Boy is Good”, known as the highly respected Igbo greats encouraged Nnanta to brace up to the daunting task ahead and reunite the Igbos.

Speaking also, holder of Igbo ancestral symbol of authority, Dr. Ramas Michael Okoye Asuzu harped the need to speaks out vehemently against perceived injustices and class discriminations in the society.

He encouraged Nnanta to in his assignment, strive to stem the tide of cultural slide and the attendant loss of identity by the people.

Respectively, Dr. Okoye and Eze Nzu Ishida, Amb. Anenechukwu Uba encouraged Nnanta to also strive in an unsurpassed capacity to revive aspects of the people’s culture that impinges positively on their lives.

Responding, the Gburugburu Ndi Igbo Dum and President General of Igbo World Union, IWU Sir Mishak Nnanta KJW KSM JP who admitted that it is culturally acceptable in Igbo setting for elders within the community to step forward to protect their children when they seem to be at war with external forces, appreciated the efforts of Chief Mbazulike Amaechi towards protecting the Igbos and their rights.

Nnanta who encouraged him not to relent until his dream for his children come to fruition, disclosed his committed efforts towards preaching peace and coordination, reconciliation and harmony in Nigeria, even as he joined Chief Mbazulike Amaechi to pray for the release of Mazi Nnamdi Kanu.

Earlier in his speech, Ezeudo Awkuzu, Igweagu Igbonine Ikem Okoyedike described Sir Mishak Nnanta whom he said has the blessings of Dim Chukwuemeka Odumegwu Ojukwu as an icon to the society and revealed that he was one of the three persons who falls within the ‘Ebubeagu, Odum ririeze and Akajiugo, whom the Igweagu Igbonine has long been searching for.

He expressed joy that Sir Nnanta has been found finally and unveiled to the critical stakeholders.

Nwada Nnenna Onyemaowu Kate (nee Kanu) the leader of ‘Ikporo’, the female wing of the Igbo children born from 1970 -1976 among others were present during the event.