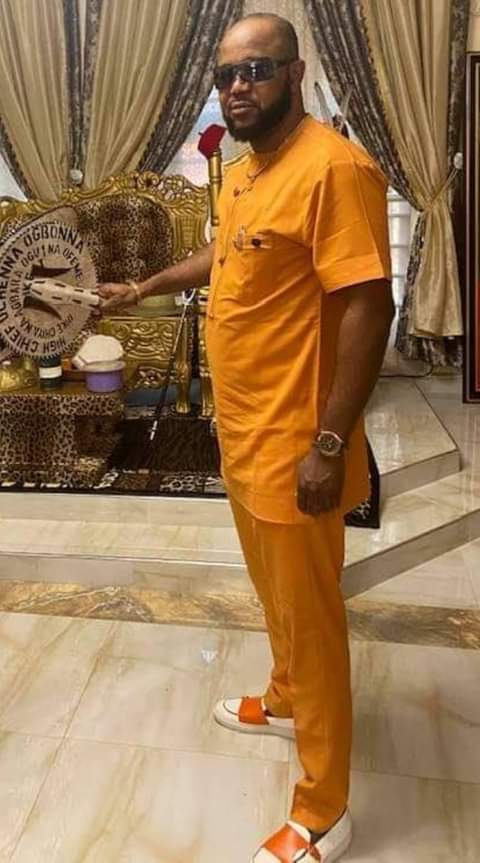 The Chairman, Pat-Urchman Foundation, High Chief Uche Patrick Ogbonna in this interview with TCNEWS shortly after celebrating the widows of Oriendu autonomous community, Ohuhu clan in Umuahia North L.G.A, of Abia State, encouraged politicians on the need to bless the indigent widows and the poor masses who voted them into power, among other issues.

A: It is something that we learnt from our mother. She was a philanthropist and servant of the Most High God. She taught us the importance of giving to the poor. We learnt it when we were much younger. I do it and my father equally do it.Secondly, I had a mentor late Prophet T.B. Joshua of blessed memory, who nutured and trained me in the way of God and the principles of His kingdom. He taught me importance of giving alms to the poor, the needy and the less privileged.

Q: After donating to charity, how do you feel?

A: It gives me joy. I feel fulfilled. I keep wondering sometimes when I see some politicians benefitting from the public office in which the masses elected them and they are unable to make them happy. I wonder if their conscience is still active or dead, because as a private businessman, I don’t feel comfortable seeing the poor suffering; so how much more a politician who was elected by these poor masses, you don’t think about them. At Christmas, you won’t ask them how they will eat, during the farming season, you won’t also help them. I wonder if they are really the same kind of human being that I am. Where are their conscience? So, when I see the widows going home today with their bags of rice, singing and dancing, it gives me joy that I have been able to put smiles on their faces.Actually that is what the Bible states as a principle by which God will continue blessing us. He told Abraham, I will bless you for you to be a blessing to others. Which means, it is a standard, a laid down principle. If I am not ready to help others, God will not retain the blessing. I told people on the previous interview that I had, if you see anyone that’s doing well and doesn’t help the poor, please investigate his source of income, it is either that he looted the public fund or he is occultic. Any genuine person that God has blessed will always have the urge and conscience to reach out to the poor.

Q: Any political interest attached to your charity work?

A: Not at all. People have been insinuating that based on the charity work I have been doing. I did not start it today. I did it for the first time in the year 2006 through my foundation, Pat-Urchman Foundation.

A: Apart from the food items I normally distribute to the indigent widows, I actually started with Youth empowerment and enablement programme. Couple of years back, I bought 20 buses from Germany and distributed same to the youths of Oriendu autonomous community. It is on record. Those that are hardworking are still using the bus to feed their families. I have assisted a lot of youths in skills acquisition and apprenticeship, to learn one trade or the other. I have also assisted a lot of them with abroad travel opportunities. I paid for their flight tickets too. I have also bought some equipment to encourage entrepreneurship development. I do as much as I can. Once God put a seed in my hand, it is my responsibility to sow it into the lives of people.Today, over 500 widows benefitted. I gave them 100 bags of rice. I wanted it to be more than that but I am believing God that come January year 2023, I am optimistic that a trailer load of rice will be unloaded for the widows. I am planning also to reach out to the indigent widows in the entire Umuahia, Ikwuano and the rest of them.

A: I will advice politicians to think about the future because the money you are accumulating in your account, there’s no guarantee that you will live to enjoy it. You don’t own your life. You might die today or tomorrow and the money will be squandered by others. So, while you are still enjoying your political office, utilize it effectively and efficiently to reach out to the poor, touch lives. Those lives you touched will speak for you someday.The late Sam Mbakwe as a politician was not selfish. Dr. Michael Okpara was not selfish too, but most of our politicians today are very selfish, accumulating wealth, buying choice properties in the United Kingdom and all over the world. What about the poor masses around you? So, I will advice them to make use of their conscience and think about tomorrow, because no condition is permanent. They won’t remain in political office forever. The good work you do while in office will speak for you.