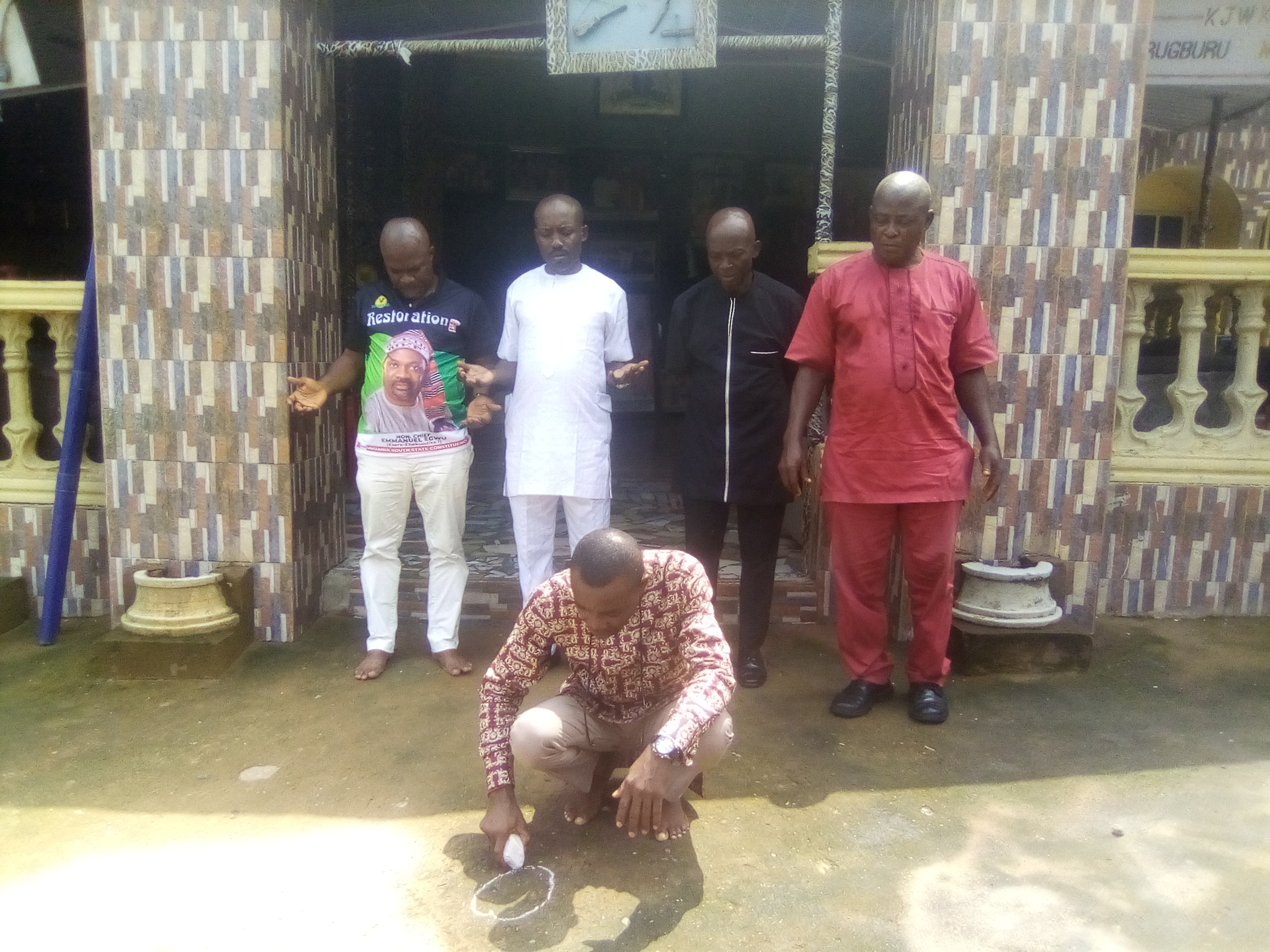 I am going to defend the defenceless – Chief Egwu

The All Progressive Grand Alliance, APGA candidate for Umuahia South State Constituency, Chief Emmanuel Egwu has said that part of his mission to the legislative house, if elected by the electorate would be to defend the defenceless.
Chief Egwu made this known during an interacting with the President General of Igbo World Union, IWU Sir Mishak Nnanta at his Ikiri agu Ndigbo palace in Umuajata-Olokoro, Umuahia South L.G.A, of Abia State.
He further disclosed his zeal to offer a reformation, quality representation and restoration of the common man’s hope, being a philanthropist of reputable note.
Chief Egwu said he does not belong to a party that takes pleasure in the suffering of the Abia populace, part of which motivated  his decision to join the State House of Assembly race.
He made it clear that he hold nothing personal against the State leadership or the present legislator representing his Constituency.
Egwu expressed optimism that Umuahia South under APGA would have a very strong befitting voice, come 2023.
Responding, the President General of Igbo World Union, Sir Mishak Nnanta appreciated the humanitarian and philanthropic gestures and sterling performance of Chief Egwu.
He pointed out that Olokoro clan is known for massive votes and would give it to whomever they considered fit for it.