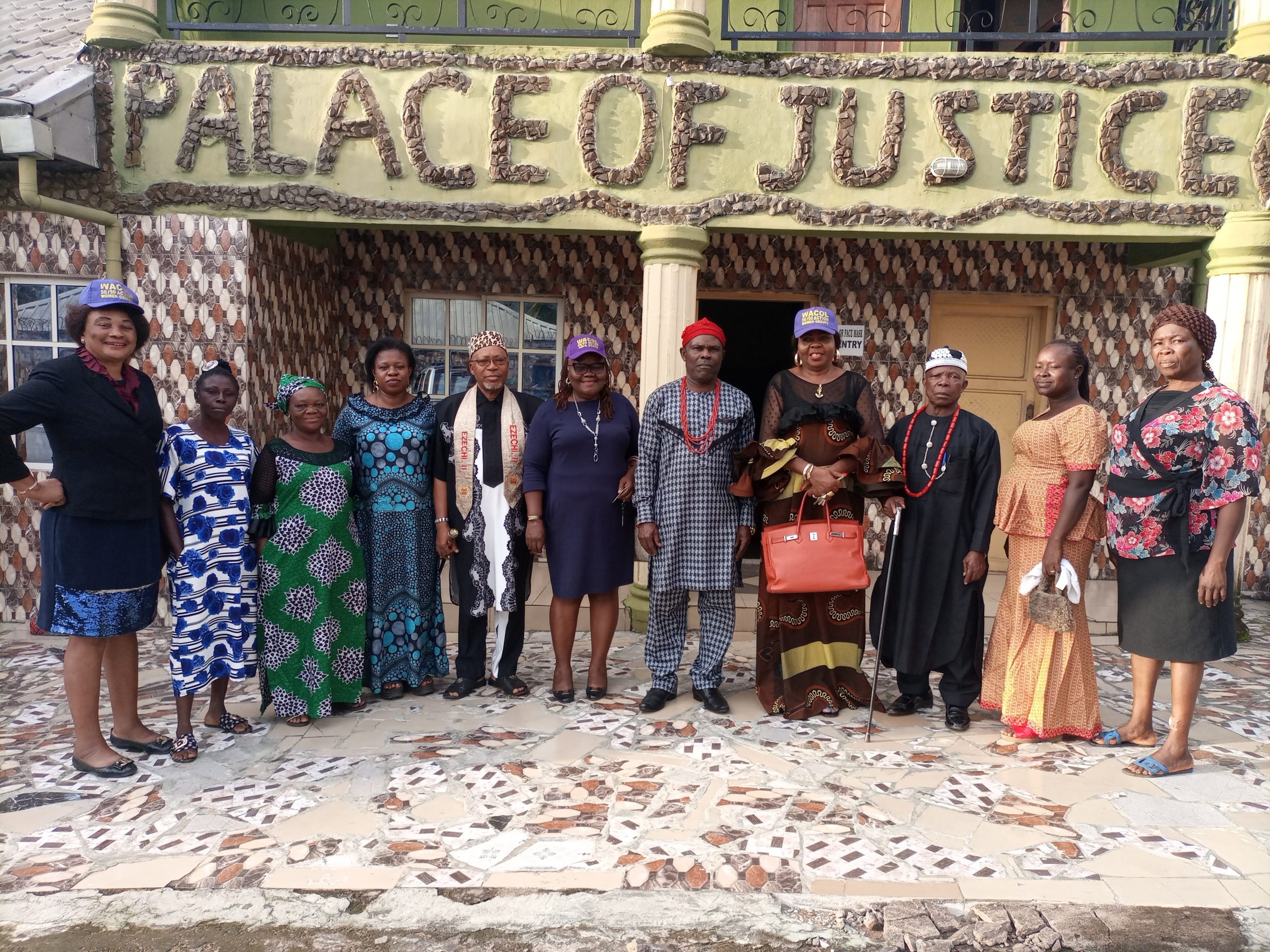 In a bid to drive home the message geared towards forestalling harmful practices and Gender Based Violence, the 50-50 Action Women of Women Aid Collective, WACOL has paid targeted advocacy to Olokoro Uvuoma clan in Umuahia South L.G.A, of Abia State.

Speaking in the Palace of Justice of the traditional ruler of Umutowe autonomous community, Olokoro Clan, HRM Eze Godfrey Onwuka, the Abia Central zone Coordinator 50-50 Action Women, Chief Mrs Stella Nwaohamuo observed that women plays laudable roles in the various communities but their rights to a greater extent were being caged or restricted as a result of culture, custom and tradition of the land.

She highlighted the problems faced by women in the various Communities to include: economic, psychological, physical and emotional violence and passionately appealed to the critical stakeholders to put in a place a bylaw that will religiously protect the rights of women in the Communities and also help create awareness using the mass media.

Lending her voice, the 50-50 Action Women Deputy Coordinator for Abia Central zone, Barr. Akudo Amanamba appealed for attitudinal change as she observed that women are the implementing agents, championing most of these harmful traditions against fellow women.

She further observed that women have much powers in their communities, but regretted that it has been greatly abused by them, also to their detriment, hence the need to curtail it, for the good of the community; even as she called for a synergy between the women and men groups in the Communities, for a better Society embellished with equality and fairness.

Responding, the third deputy, Abia State Traditional Rulers Council and the traditional ruler of Umutowe autonomous community, Olokoro, HRM Eze Godfrey Onwuka lauded the 50-50 Action Women of WACOL for the positive steps taken towards addressing Issues that affects women in the various communities, adding, “We understand the problems and the urgent need for a change”.

Eze Onwuka who promised to assist the organization, spread the message to Abia Royal Fathers in Abia Central senatorial district and Umuahia South L.G.A, as the immediate past Local Government Chairman of the traditional rulers Council, pointed out that the tradition and culture of Olokoro Clan is friendly to women.

The Chairlady Umuaroko village in Umutowe autonomous community, Mrs Patricia Onwuka admitted that most violence against women were carried out by fellow women in the Communities and promised to carry the message down to her village for brainstorming, which she believed will put things right thereafter.