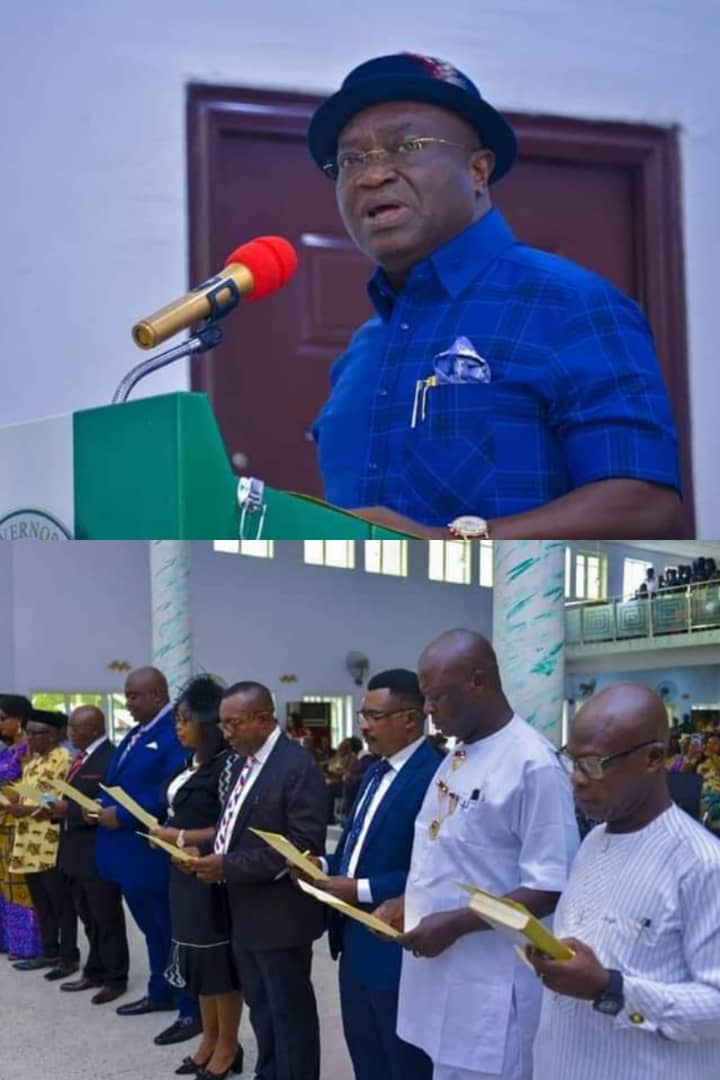 Governor Okezie Ikpeazu has commended the retiring Archbishop of the Methodist Archdiocese of Port Harcourt, Most Rev. Dr. Sunday Agwu for his spiritual leadership and commitment to the spread of the gospel of Jesus Christ.

The Governor made the commendation while receiving in audience a delegation of the retiring Methodist ArchBishop of Portharcourt Archdiocese and Presiding Bishop of the South South, Most Rev’d (Dr.) Sunday Agwu who paid him a valedictory visit at Government House, Umuahia.
The Governor who described the Archbishop as a man of prayer, said that prayers have become necessary because a healthy nation begets a healthy state. According to him, security challenges have been affecting government at all levels negatively, expressing hope that with prayers God will not allow his creation to be destroyed.

The Governor said that Abia has remained one of the most stable states in terms of sociopolitical status in spite of the economic and social challenges bedeviling the nation.

Governor Ikpeazu said Abia State is proud of the stewardship of the Abia born Archbishop Agwu, maintaining that his retirement and return to the state will bring good fortunes for Abia and appreciated the people of Rivers State for the ambience created for the Archbishop to serve meritoriously. He assured that his government will liase with the Retirement Planning Committee of the church to realize the project of providing comfortatble retirement accommodation for the Archbishop.

Speaking earlier, the Methodist Archbishop of Portharcourt Archdiocese and Presiding Bishop of the South South, Most Rev. Dr Sunday Agwu commended Governor Okezie Ikpeazu for the good works done in the State. He equally presented him with a souvenir and urged him to continue to meditate on the word of God, where strength and ability to govern come from.

Earlier in a valedictory message presented on behalf of the Archbishop, the Retirement Committee Chairman of the ArchBishop, Evangelist Adindu Steve Ogamba lauded the Governor for peace and security in Abia and described Umuahia as one of the safest state capitals in Nigeria. He disclosed that Most Rev’d Agwu will be retiring this year after 47 years of working in God’s vinyard, saying that it has been years of harmonious relationships with people and preaching the word of God.

He informed that it is the policy of the church that when a Bishop or ArchBishop is retiring, a comfortatble retirement accommodation is provided for him, hence the delegation is requesting that the Governor assists the church in realizing the project for a worthy son of the State, ArchBishop Sunday Agwu.