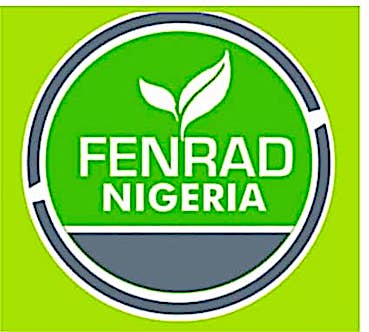 A human and environmental rights advocacy group, by the name and acronym of Foundation for Environmental Rights Advocacy and Development, FENRAD has urged the Economic and Financial Crimes Commission, EFCC to thoroughly investigate all allegations of financial impropriety regarding and relating to the handling of Abia London/Paris Club Refund (in the neighbourhood of ₦22bn standing to the credit of the state from 2016-2017) which are currently before the Commission.

The formal written request read in parts, “Our prayers are sequel to recent media releases, including that from Abia State former finance commissioner from 2015-19, Mr. Obinna Oriaku, who alleged that from 2011 to 2014, during the governorship of His Excellency Senator Theodore A. Orji, Abia State engaged the services of two consultancy firms to wit: Mauritz Walton Nigeria Ltd and Ziplon Nigeria Ltd. These two firms, Mr. Oriaku, who was recently invited by the Commission for questioning, claimed were consulted by state government to help the latter recover the external loan/debt charges levied on the state by the federal government known as Paris Club Refund.

“Mr. Oriaku, to our shock, claimed that the state government agreed to pay both firms (Mauritz Walton Nig Ltd and Ziplon Nig Ltd) 20% and 30% of the principal sum respectively in consultation fees, totalling some ₦11bn (i.e 50% of the ₦22bn of the Refund). The latter legal person, Ziplon Nigeria Ltd, Mr. Oriaku claimed, was a front of the state government (then under His Excellency Sen T. A. Orji) powered by one Sampson Orji.

“According to Mr. Oriaku however, when it was later discovered that the consultation fees of the two firms were largely fraudulent and unsustainable, the finance ministry – then under Mr. Oriaku’s watch as commissioner during the first tenure of His Excellency Governor Okezie Victor Ikpeazu, Ph.D, (2015-2019) – withdrew from honouring such obligation urging that such monies instead be used in clearing backlog of salaries owed state workers since the fees if paid will gulp the state’s lean resources, for which Mauritz Walton Nigeria Ltd petitioned the anti-graft commission praying that the state had defaulted payment terms and should pay. Mr. Oriaku was express to state that Ziplon Nig Ltd was not in the picture from the get-go of the consultation but only joined later (2014), being government conduit.

“FENRAD is also aware of the complaint raised and registered by Mr. Maurice Ibe of Mauritz Walton Nigeria Ltd claiming that its firm was owed ₦11bn for helping Abia State process application so as to recoup the refund which to the credit of the state later came in three tranches – ₦10.6bn, ₦5.7bn and ₦5.7bn respectively – from 2016 to 2017, during the Okezie Ikpeazu-led government.

“From our sources, we noted that Abia State received the said sum (of ₦22bn) under the auspices of the Nigerian Gobernors’ Forum (NGF, for short) and as well received award of transparency in handling the Refund from the same Forum to boot; whereas it used a front (Ziplon Nig Ltd, that is) as a conduit for the immediate past administration under Sen. T. A. Orji, as Mr. Oriaku alleged.

“FENRAD urges the Commission to, in the spirit of transparency, summon all parties involved or mentioned by either Mr. Maurice Ibe of Mauritz Walton Nigeria Ltd or by Mr. Obinna Oriaku, former finance commissioner of Abia State and ascertain their roles in the whole saga. Mr. Sampson Orji, who was alleged to powered Ziplon Nig Ltd must be questioned by the Commission including officials serving under the current government of Abia State to tell Abians what happened to the Paris Club Refund and how that money was used and to what end, including who was/were involved. What, with the Refund, happened in the intervening years – from 2016/17 to the present time – when the matter was brought to the notice of the anti-crime agency?

“We wish to remind the Commission that there must not be scared cows in this matter while urging it to publicly question all persons said to be involved in the matter and prosecute all persons found to be culpable, barring none!

“Abia State, currently, like other states within the federation, suffers financial crunch given the Covid-19 pandemic impact on subnational economies amid dwindling statutory and independent revenues. We are following this matter and will be glad if officials in both the immediate past and present governments are quizzed by the Commission and if found not culpable that the breakdown analysis of how the Refund was used be made public still. This becomes more reasonable as Abia is a signatory to Open Government Initiative (OGI) and other transparency instruments like State Fiscal, Transparency Accountability, and Sustainability, SFTAS programme.

“Having given the details above, we pray the Commission to be expeditious and diligent in this investigation, believing the anti-crime agency to be above board, and should the need arise shall be willing to join suit or file a fresh one for litigation if not convinced that justice has been served”.