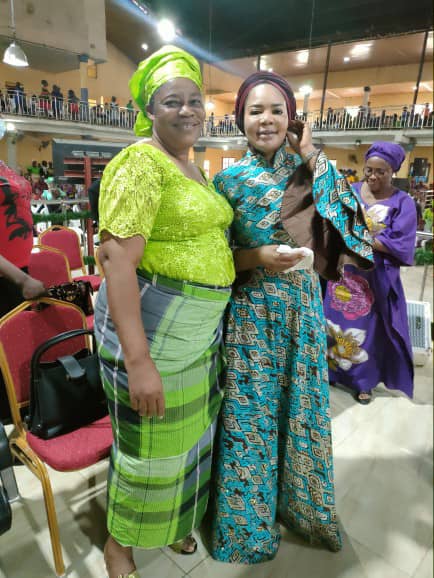 The Member representing Umunneochi/Isuikwuato Federal Constituency, Hon. (Mrs.) Nkeiruka Onyejiocha has maintained that female politicians are not harlots as erroneously seen and upheld in some quarters.

In their effort to take up leadership positions, most qualified Nigerian women are confronted with gender-based attacks, including being labelled ‘prostitutes” or ‘concubines”.

Hon. Onyejiocha who read from the Bible book of Esther chapter 5 verse 1 to 8, while delivering a paper on the topic “Why Should Christian Women Involve Themselves In Politics?” at the 2021 Annual Regional Convention of Women Foundation, Mountain of Fire and Miracles Ministries, South East Regional VI Headquarters, Amuzukwu Umuahia with the theme “The Flourishing Woman”, made a strong case for Christian women to join politics to make difference in the political leadership of Nigeria.

She pointed out that if the biblical Esther did not make a move she wouldn’t have saved her people, hence the need for women to make themselves available so as to affect lives positively.

She enjoined them to get registered in a political party of their choice, get registered and pick their Permanent Voters Cards (PVC) as it is the PVC that determines who will govern them.

She equally enjoined men to  support their wives to embrace active politics, revealing that some women were not in politics today because people regard them as harlots which in reality is not so.

Onyejiocha furthermore encouraged Christian women involve themselves in politics because God Himself ordained that a woman will be a helper to the man as the man and members of the society needs help.

“God is looking for you to deliver our land. Remember you are a care giver.” God is calling you today as a Christian woman, come and make a difference. God requires that you do your work and be the helper you are.

According to her, if Christian women are in politics they would stand in gap for the people and ensure that salaries were paid and developmental projects were carried out for the people.

She highlighted other benefits of a Christian woman in politics to include, making laws that are Christian friendly and affecting lives of the indigent and people of the State positively among others.

Hon. Onyejiocha who listed seven qualities every Christian woman must possess in order to succeed in politics to include determination, humility, hardworking, loyalty, kindness, courageous and faith-filled, charged Christian women not to neglect the altar of God in their houses.

The three days event featured  lectures on Stress Management, Women’s Rights, Skills acquisition and entrepreneurship, prayers, praise and Worship among others and attracted many dignitaries.