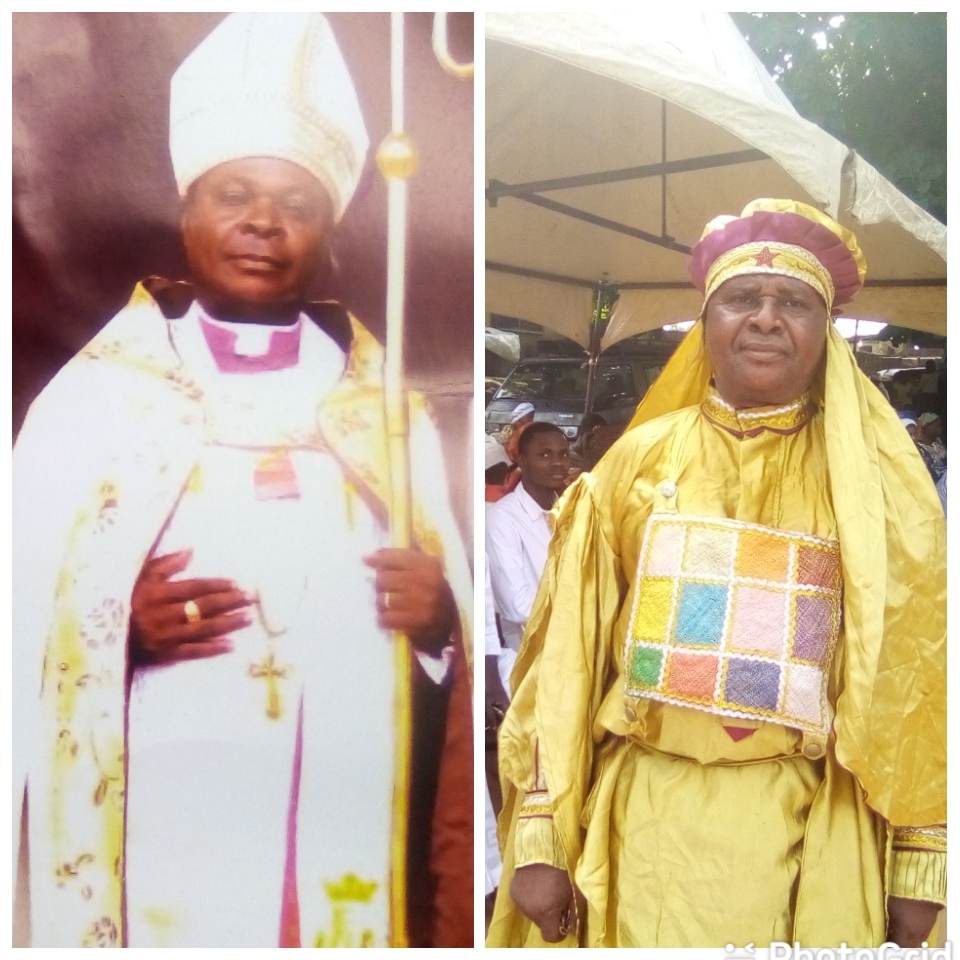 The annual event which clocked 60 this year, was the first anniversary to be celebrated by Rt Rev. Iyke Friday Onwuneme as the FACSHC Bishop/Primate, haven being enthroned on the 3rd day of October, 2021. Onwuneme succeeded His Most Eminence, Elder Joshua Ihedigbo, who died about a year ago.

Interacting with newsmen shortly after the Sunday service of the event which started on Friday, last week, the FACSHC Bishop/Primate, Rt. Rev. Iyke Onwuneme described the annual event as a covenant between God and His people, designed to get God’s children closer to Him, as according to him, the ark depicts the presence of God.

He pointed out that the event was purely interdenominational, even as he advised the congregation to always prepare themselves for the annual event, purifying, sanctifying and maintaining a life filled with holiness in order to feel and see the presence of God.

“The annual Holy Ark anniversary is worth emulating, that is why people come out en masse to embrace the anniversary, just as in the days of Moses, Joshua and David because good things happen during the event. A lot of miracles happen. Salvation, healing and deliverance takes place. For instance, a man from Calabar, Cross River State that has epilepsy for 17 years, got instant healing. His mother testified that he has been on drugs for about 7 years, but God healed him during one of the anniversary”, he said.

Speaking also, His Eminence, Supervising Apostle General Daniel .C. Kanu pointed out that the Holy Ark which the four Archangels Uriel; Raphael; Michael; and Gabriel are in charge, gives protection and blessings.

He advised the new generation Christians not to forget the old path that their parents went through, as it is impossible to discard the old testament and solely embrace the new testament.

His words, “The Holy Ark is something that open doors, not only healing and prophecy. It gives success and protection; that is why, during the Holy Ark anniversary, both visitors and members of the Church feels unhappy, if the Holy Ark has never gone across them.

“Once the Ark moves across your head, it means that you are protected. The Holy Ark is God’s presence. We all know that God does not change. During the time of the Israelites, anytime they want to go to war, they must carry the ark and going with the ark means that they must have victory. That was why some of their enemies strived to get the ark from them. They believed that the ark, which is the presence of God, is their power. So, the God at that time, is still same God today”.

He reminded members of the Church and visitors of the essence of being clean, so as to benefit God’s blessings.

“If you want to come for the Holy Ark anniversary, you must keep yourself holy. Anybody coming to the presence of God must be clean, focused and holy, so that you can get the blessings of God”, Kanu advised.

He described the annual event which he has witnessed for over twenty-seven years, as “very powerful”.

Speaking also, Supervising Apostle Christopher Onuzurike expressed gratitude to God for the annual event, pointing out that burdens are lifted and a lot of souls set free during the event.

He prayed God to protect the Primate of the Church and give him more knowledge to pilot the affairs of the Church to His direction.

Recall that in Exodus 25:10, Moses receives the command to build an ark of acacia wood. Within this ark were to be placed the tables of the law which God was about to give to Moses. Upon the top of the ark, probably not as a lid but above the lid, was a golden plate upon which two cherubim, with raised wings and facing each other, covered the ark. From the place between the two cherubim God promises to speak to Moses, as often as He shall give him commands in reference to the Israelites.

The ark was designed to be a symbol of the presence of God in the midst of His people is the common teaching of the Old Testament.

In 1 Samuel 4, the Israelites take the Ark into battle against the Philistines. The Ark represents the fact that God is with them.